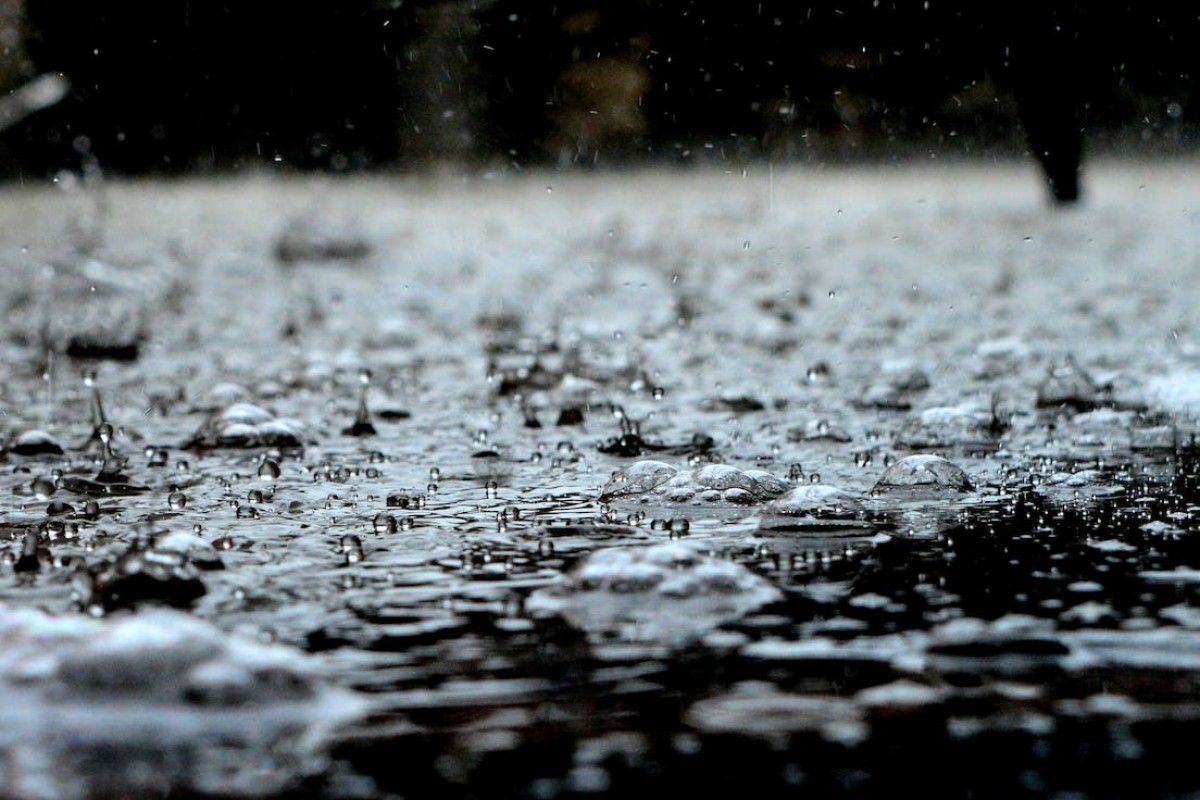 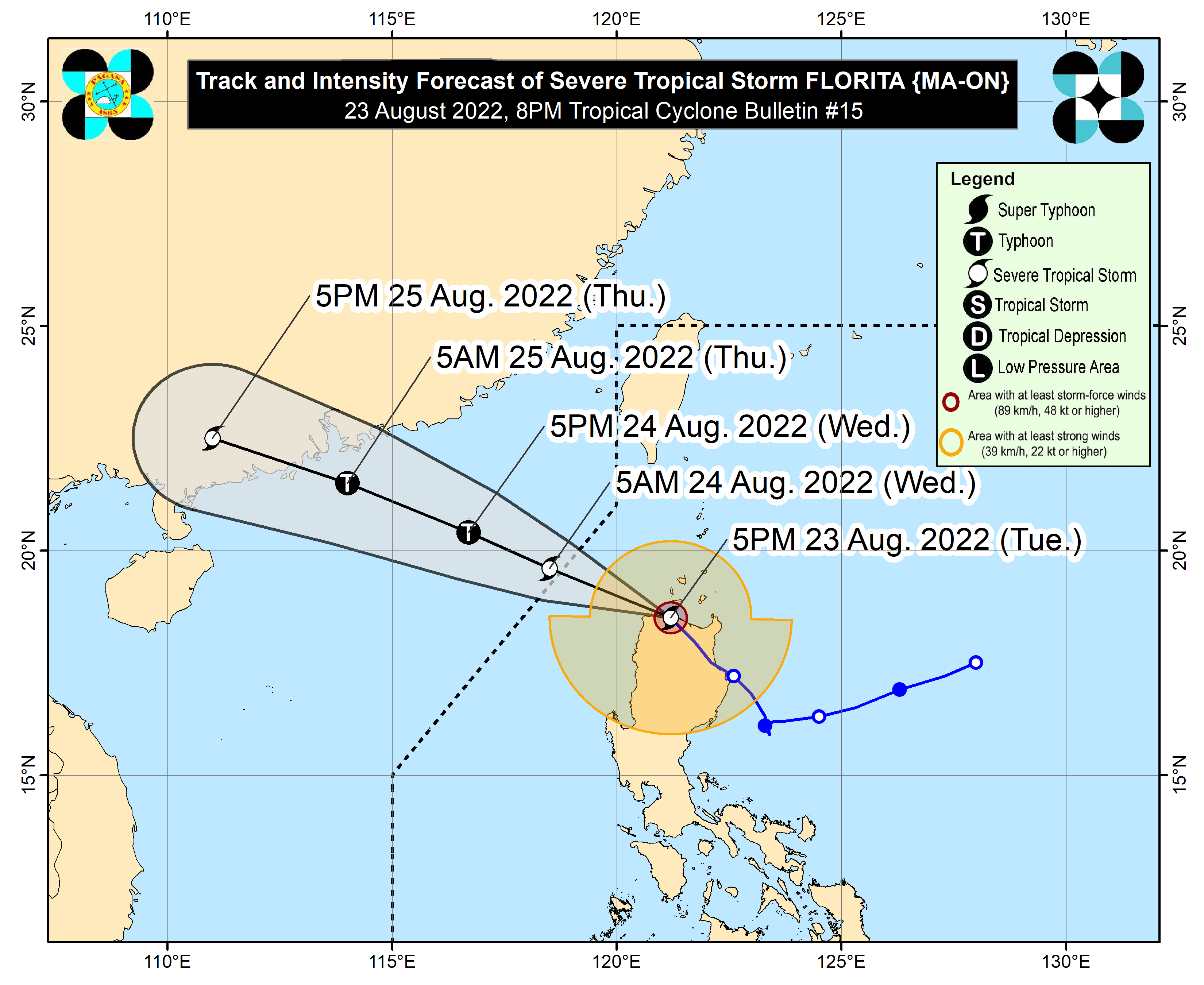 QUEZON CITY (PIA) – Per recommendation by the Office of Civil Defense, classes in all levels and government work in the National Capital Region, Cavite, Laguna, Rizal, Bulacan, Zambales and Bataan were suspended effective 1 pm this afternoon, 23 August and tomorrow, 24 August, due to the continuous heavy rains being experienced due to the Southwest Monsoon (habagat) being enhanced by Severe Tropical Storm Florita.

STS Florita, in the latest PAGASA Bulletin as of 8 pm, was located over the coastal waters of Burgos, Ilocos Norte and is moving Northwestward at 25 km/h, packed with maximum sustained winds of 100 km/h near the center and with gustiness of 165 km/h.

Classes and work suspension were also declared in some areas of Regions 1, 2, 3, and 4A.

Massive flooding was experienced in the northern part of Luzon, damaging crops and submerging homes and roads.

In the Memorandum Circular No. 5 released by Malacanang past 2 pm, government workers whose functions involve delivery of health services, preparedness or response to disasters, and other vital services will need to continue to render necessary services.

Operations in private companies, offices and schools are left to the discretion of their respective heads/owners.

Meanwhile, the Senate of the Philippines suspended work for officials and employees beginning 4 pm until tomorrow, 24 August. Operations will continue on Thursday, 25 August. (PIA-NCR) 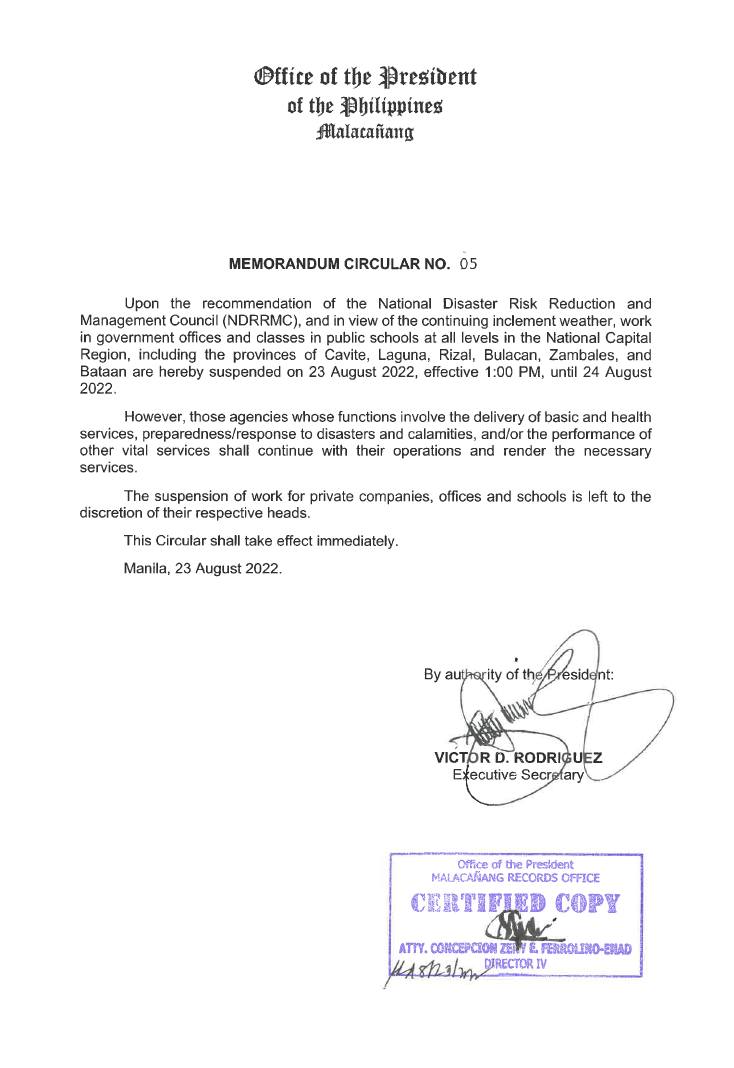 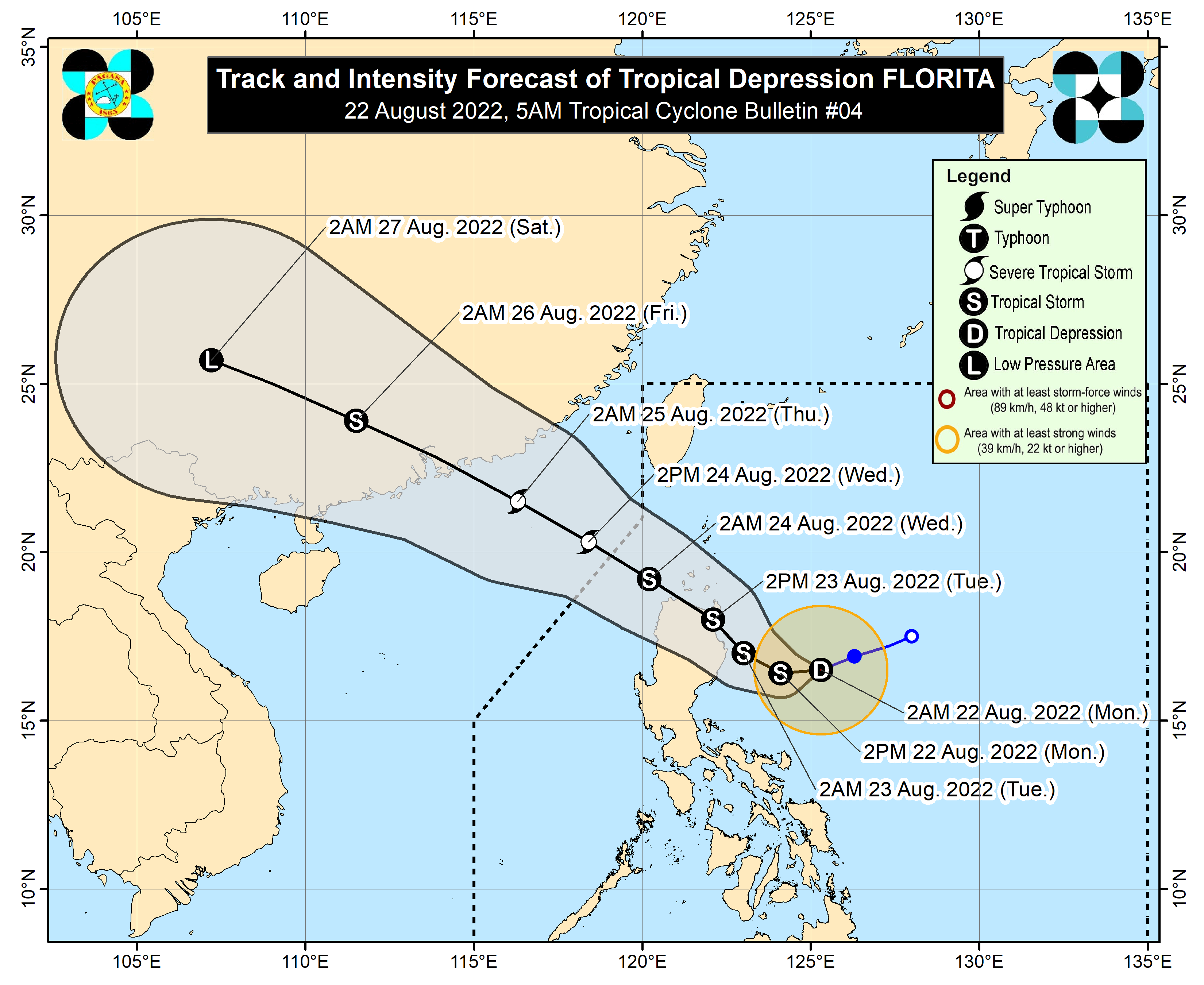