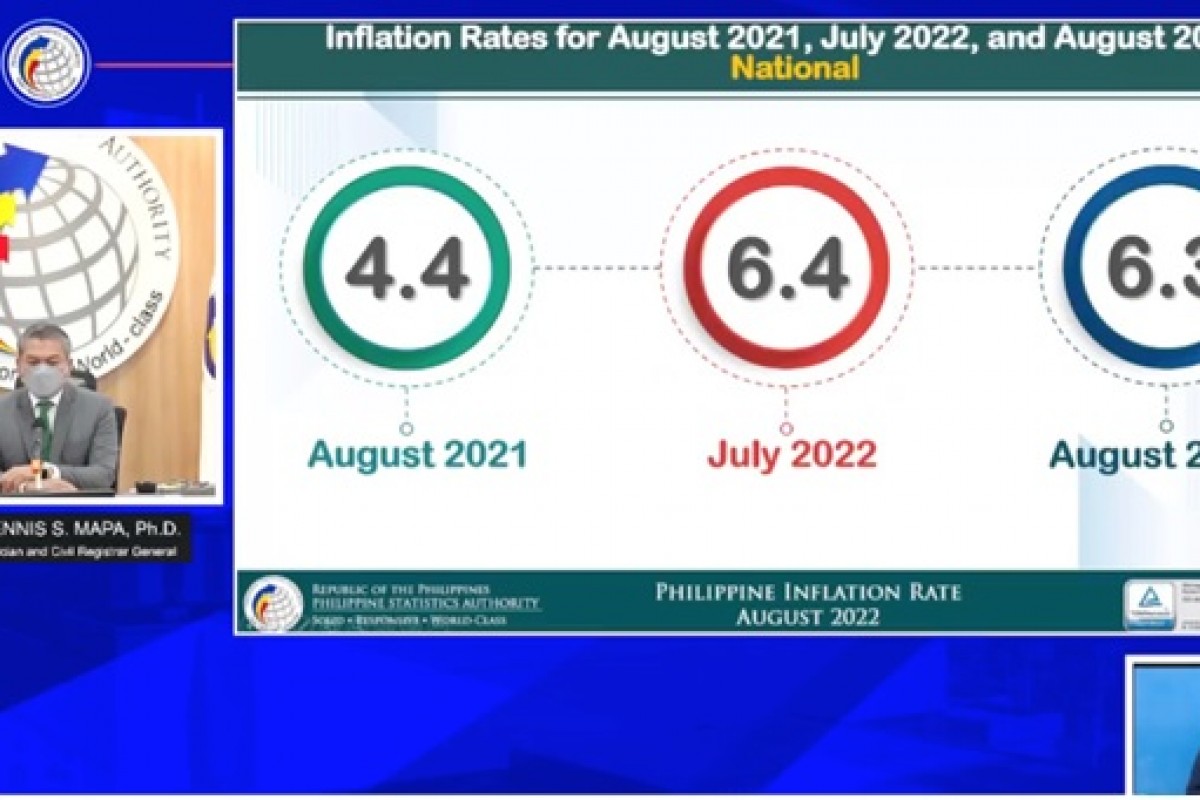 August headline inflation is within Bangko Sentral ng Pilipinas’ (BSP) forecast inflation range of 5.9% to 6.7%. “The BSP’s baseline projections continue to indicate above-target inflation in 2022, with inflation decelerating back to the target in 2023 and 2024 following the recent BSP policy rate hikes.” The BSP wrote in a press release.

The second commodity group which contributed to the deceleration of inflation rate is housing, water, electricity, gas, and other fuels with 6.8% and 23.1% share on the overall downtrend of inflation.

Meanwhile, core inflation accelerated to 4.6% in August, this excludes volatile food and energy items that are in the headline inflation. This was higher than 3.8% in July and 2.8% in August 2022. (SBB/PIA-PMD)