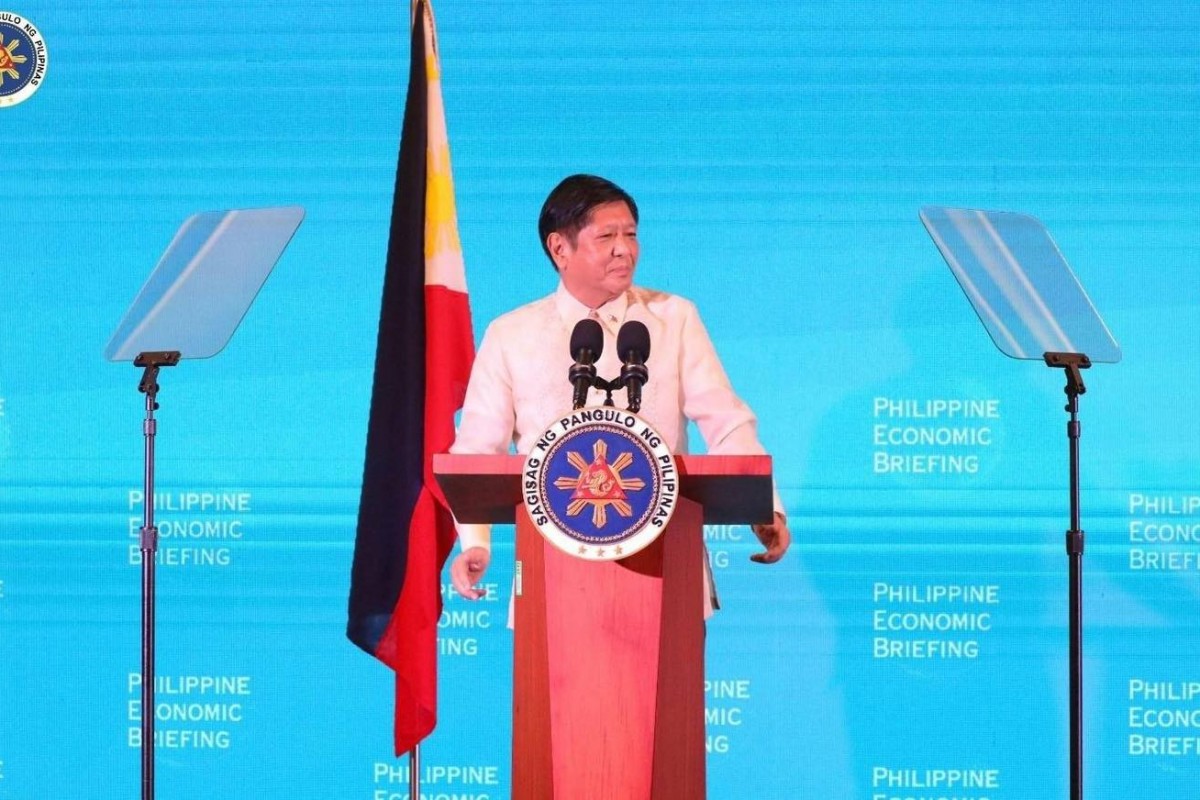 DILIMAN, Quezon City (PIA) -- For his inaugural state visits as the 17th President of the Republic of the Philippines, Ferdinand Marcos Jr. meet with leaders from Indonesia and Singapore on September 4-7, 2022. He was joined by his wife, Marie Louise Araneta Marcos, son Ilocos Norte Rep. Sandro Marcos, and several members of the Cabinet.

The official foreign travels are part of the duties and responsibilities of a nation’s leader. The purpose of these visits is to strengthen diplomatic ties, further alliances, and open doors of opportunities for trade and business.

Defense and economy discussed in Indonesia

Marcos Jr. similar to his predecessor former President Rodrigo Duterte has chosen to fly to another ASEAN-member country. He arrived in Indonesia on September 4, the President’s first order of business was to meet our ‘kababayans’ at the Fairmont Jakarta Hotel. This was his way of fulfilling his promise of accelerating government efforts to protect the rights and ensure the welfare of OFWs. 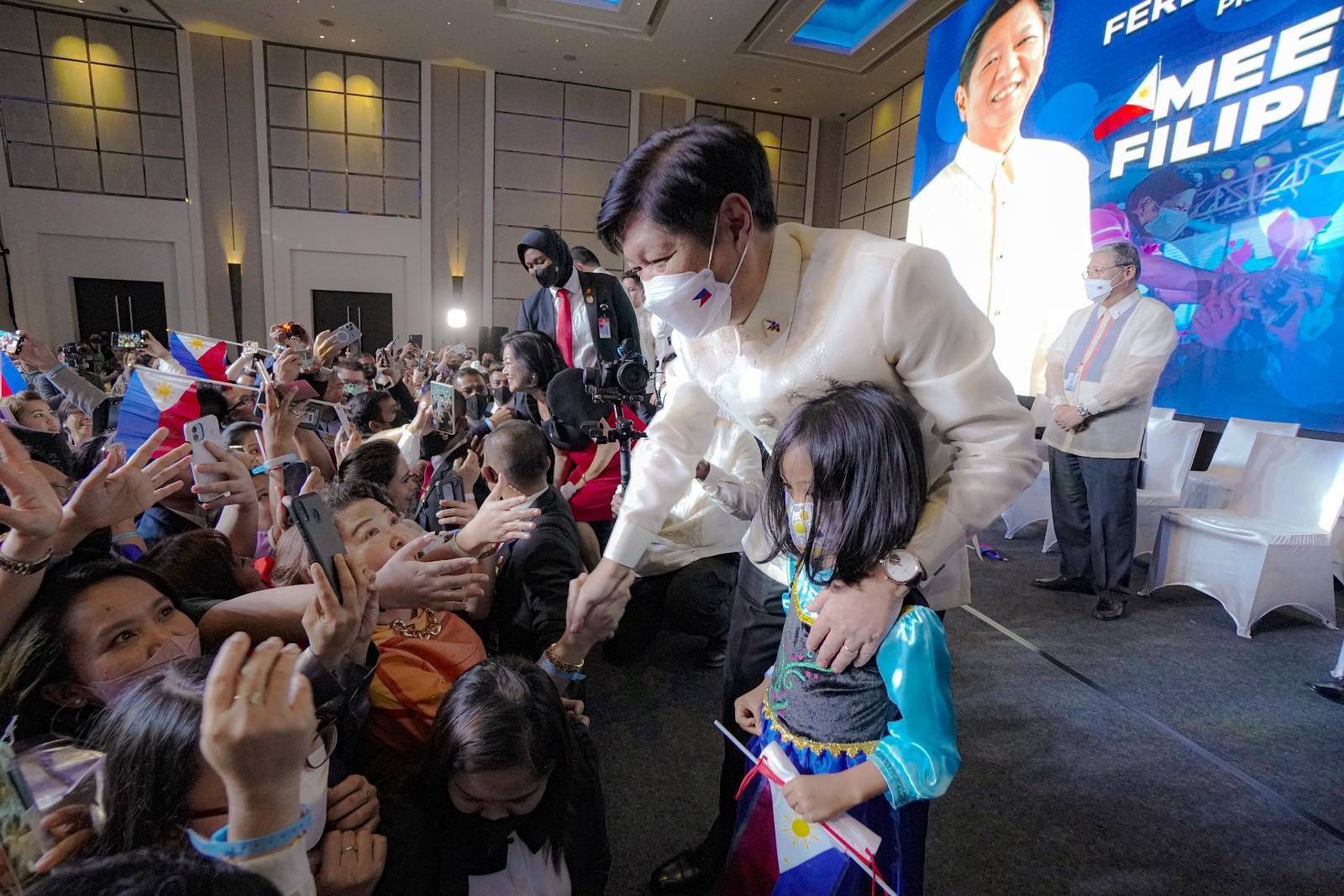 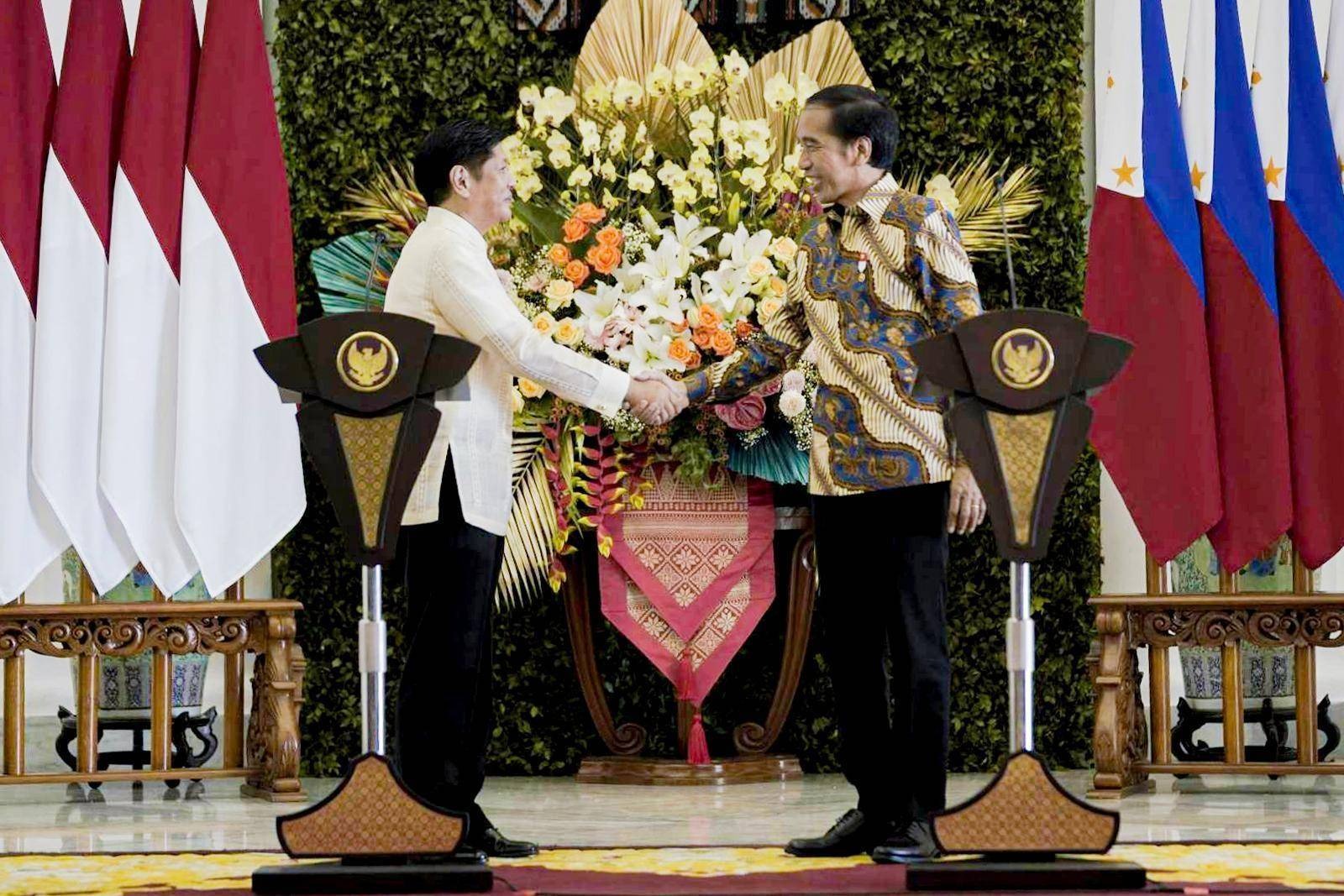 On September 5, the President formally meets Indonesian President Joko Widodo at the Republic of Indonesia Bogor Presidential Palace in Jakarta.

Both leaders are keen on fostering peace among countries in Southeast Asia. Marcos Jr. and Widodo agreed that the Association of Southeast Asian Nations (ASEAN) is the “lead agent” in attaining the changes in peace and security across the region.

Aside from defense and security, a Memorandum of Understanding (MOU) on Cultural Cooperation between the two nations was also presented by DFA Secretary Enrique Manalo and Minister for Foreign Affairs Retno Marsudi. Indonesian Minister of Tourism and Creative Economy Sandiaga Uno and DTI Secretary Alfredo Pascual signed a Cooperation in the Development and Promotion of the Creative Economy.

In addition, PBBM had a roundtable discussion with business leaders and investors from Indonesia who are keen to pursue and do business in the Philippines.

The 73-year partnership between the Philippines and Indonesia is expected to flourish during the current administration after a Plan of Action from 2022 to 2027 between the two nations were presented by Secretary Manalo and Minister for Foreign Affairs Retno Marsudi.

Philippines and Singapore pursue efforts on counterterrorism and digitization

Upon his arrival in Singapore, PBBM met OFWs at the Ho Bee Auditorium of the National University of Singapore (NUS). The President thanked voters in Singapore who supported his campaign during the election.

Marcos Jr.’s visit in the country was short but full of engagements. The President had meetings with President Halimah Yacob and Prime Minister Lee Hsien Loong. During the meetings, Philippines and Singapore signed bilateral agreements that will allow both nations to foster collaborative developments and further the alliance of both nations. 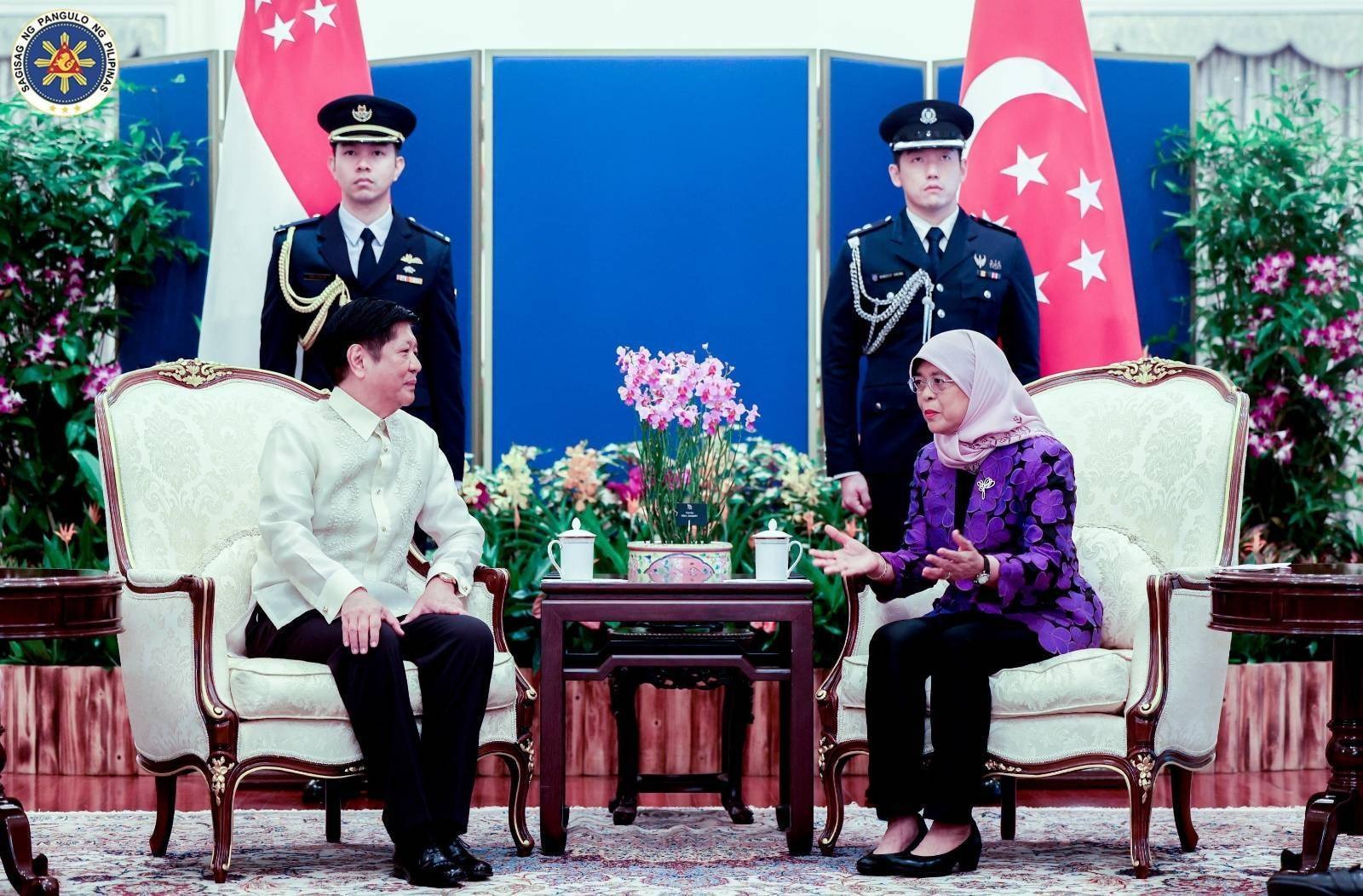 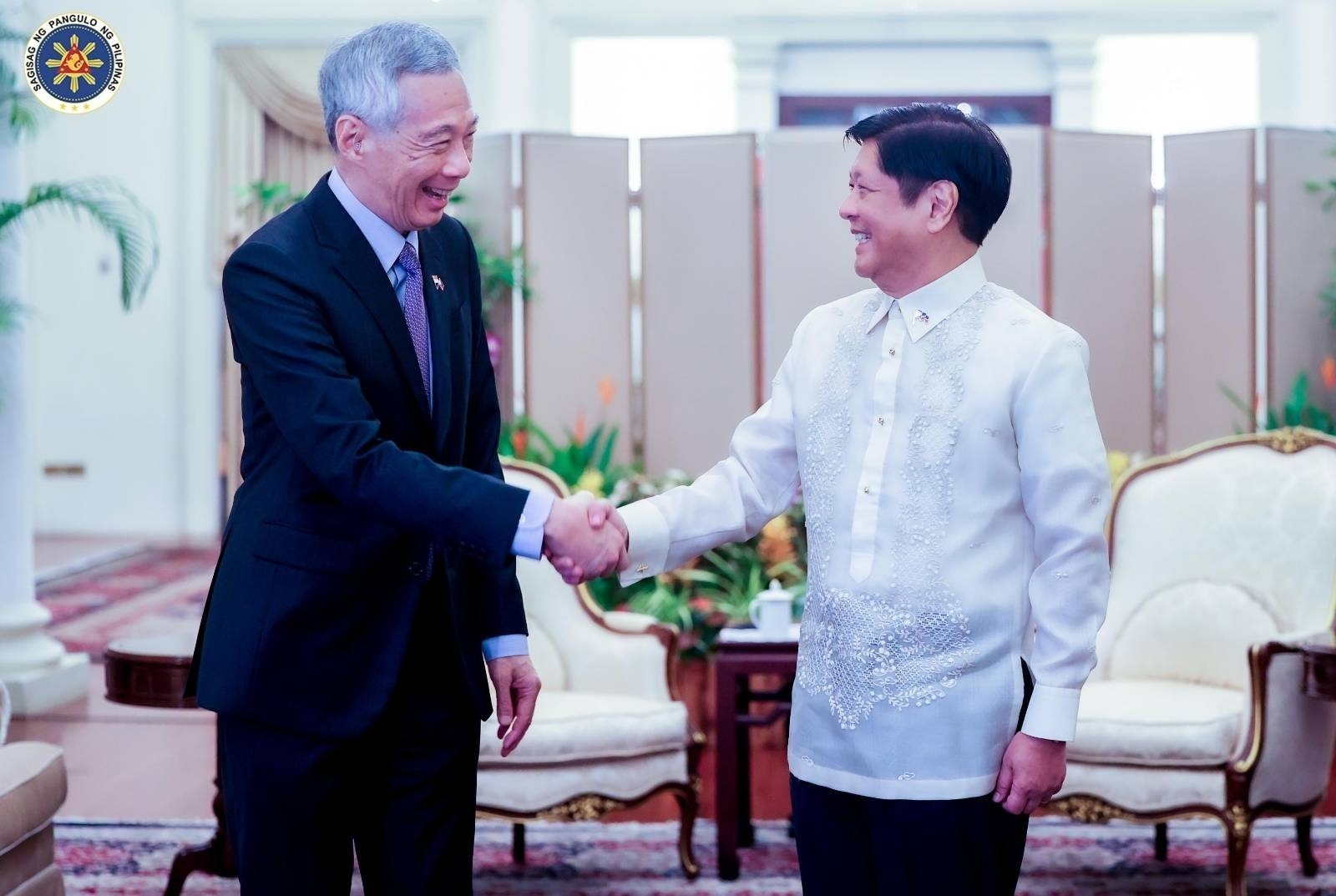 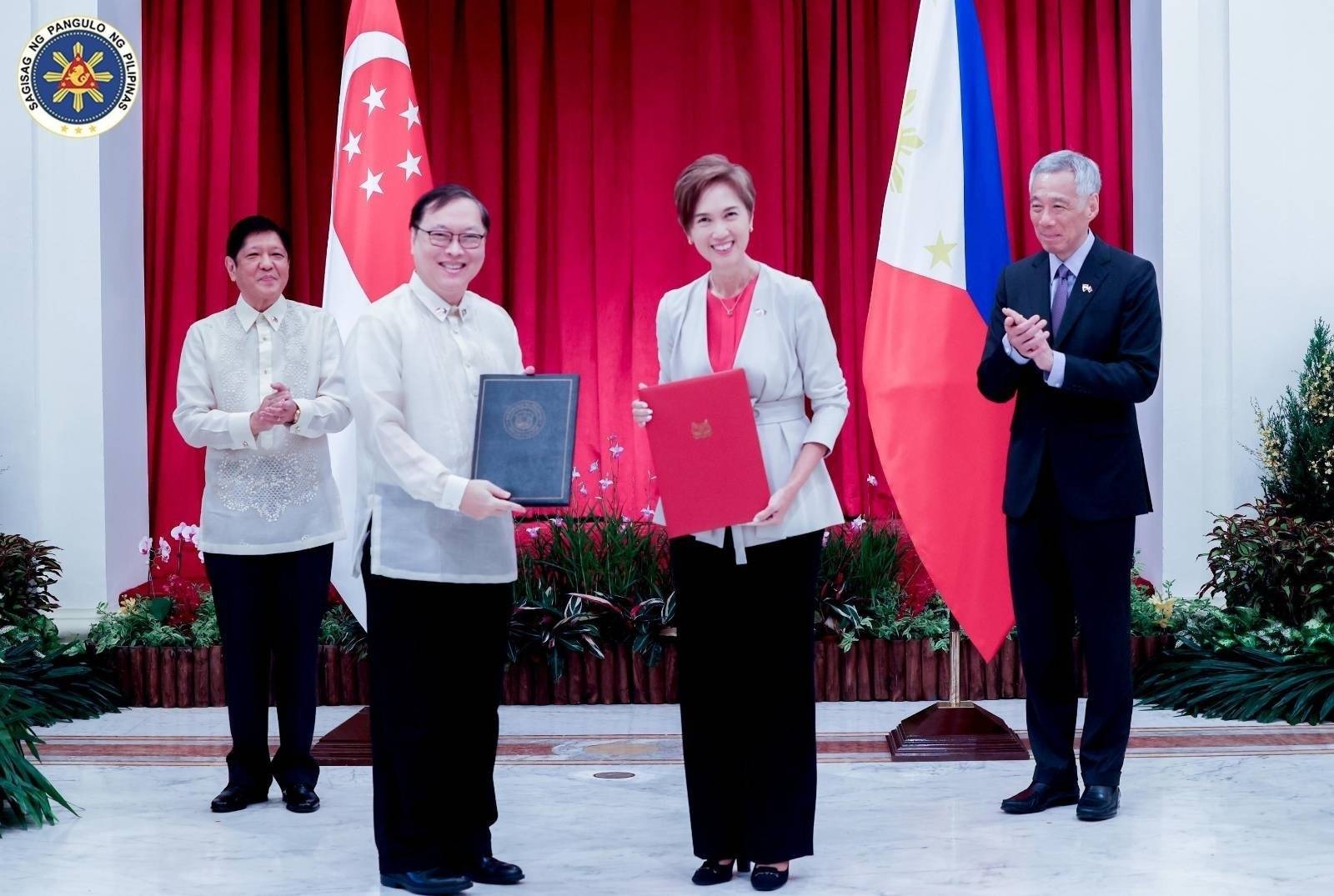 Singapore signed bilateral agreements that will allow both nations to foster collaborative developments and further the alliance of both nations.

A Memorandum of Understanding (MOU) between the Department of Information and Communications Technology of the Philippines (DICT) and the Ministry of Communications and Information Singapore was signed focusing on the betterment on the field of digital communications. To further digital efforts and security the National Privacy Commission (NPC) and the Personal Data Protection Commission of Singapore team-up in protecting personal data.

Agreements concerning the assignment of a team to the Regional Counterterrorism Information Facility in Singapore were also part of the discussion. Officials from the Armed Forces of the Philippines (AFP) and the Singapore Armed Forces signed the MOUs.

Contributors on trade and economy are not forgotten with MOU between Bases Conversion and Development Authority of the Philippines (BCDA) and Enterprise Singapore for a collaboration on business opportunities on development of New Clark City. Moreover, job opportunities for the Filipino healthcare workers are possible because of the Joint Communique between the Department of Migrant

An MOU between Metropolitan Waterworks and Sewerage System of the Philippines and the Public Utilities Board of Singapore on water collaboration was also signed.

PBBM also met with Singaporean business leaders. He promoted and encouraged investors to consider the Philippines citing the country's positive economic outlook in the coming years.

PBBM was present during the briefing that centers on the administration’s 8-point economic agenda. It was also a great way to cap off his trip in Singapore. 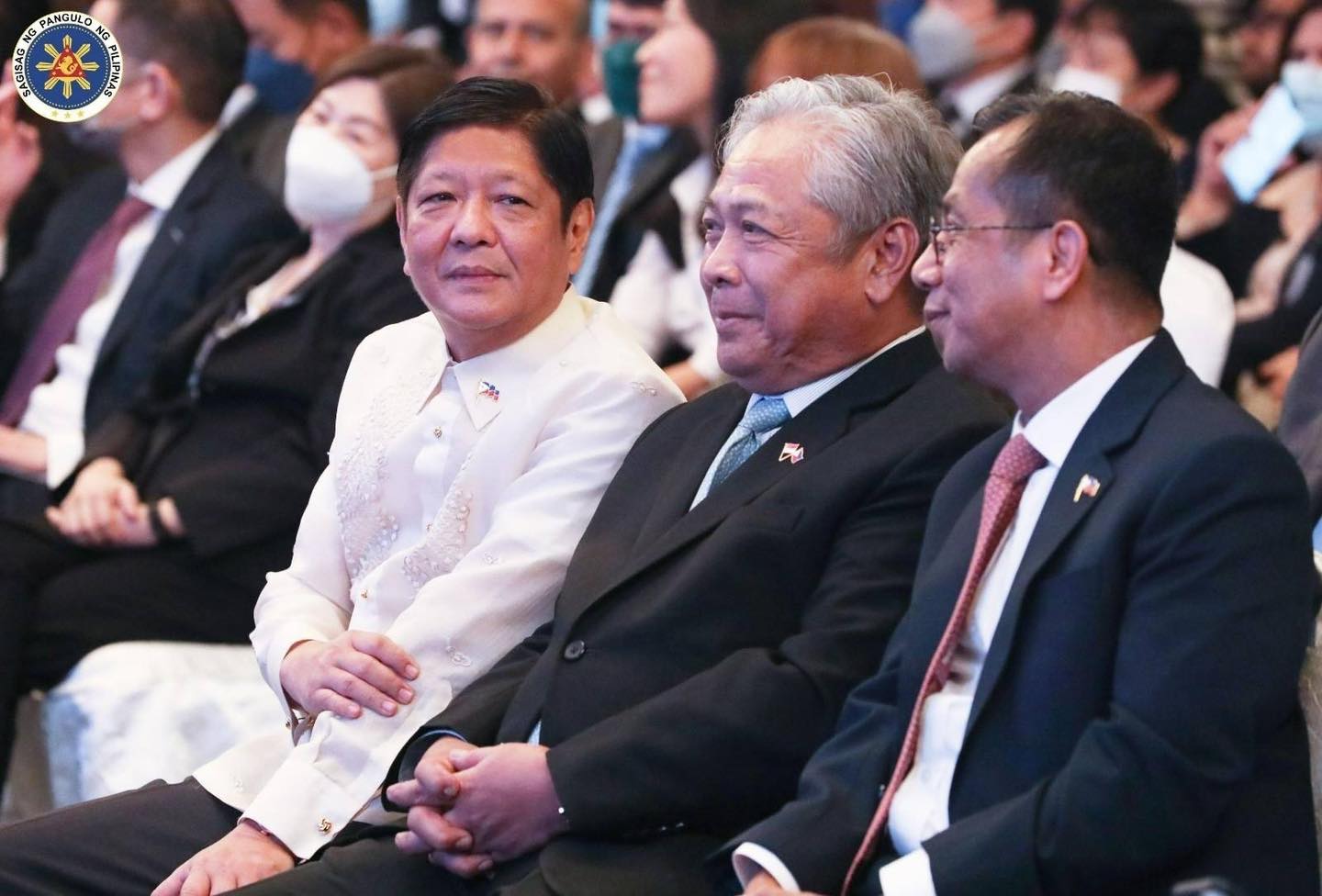 In conclusion, the four-day foreign trip of President Marcos Jr. was fruitful. He secured $14.36 billion in investment pledges which is targeted to aid the economic recovery of the country after the blow of the pandemic and assist with job generation for the Filipino people.

The President is scheduled to attend the United Nations General Assembly (UNGA) this September. (MVViado / PIA-CPSD) 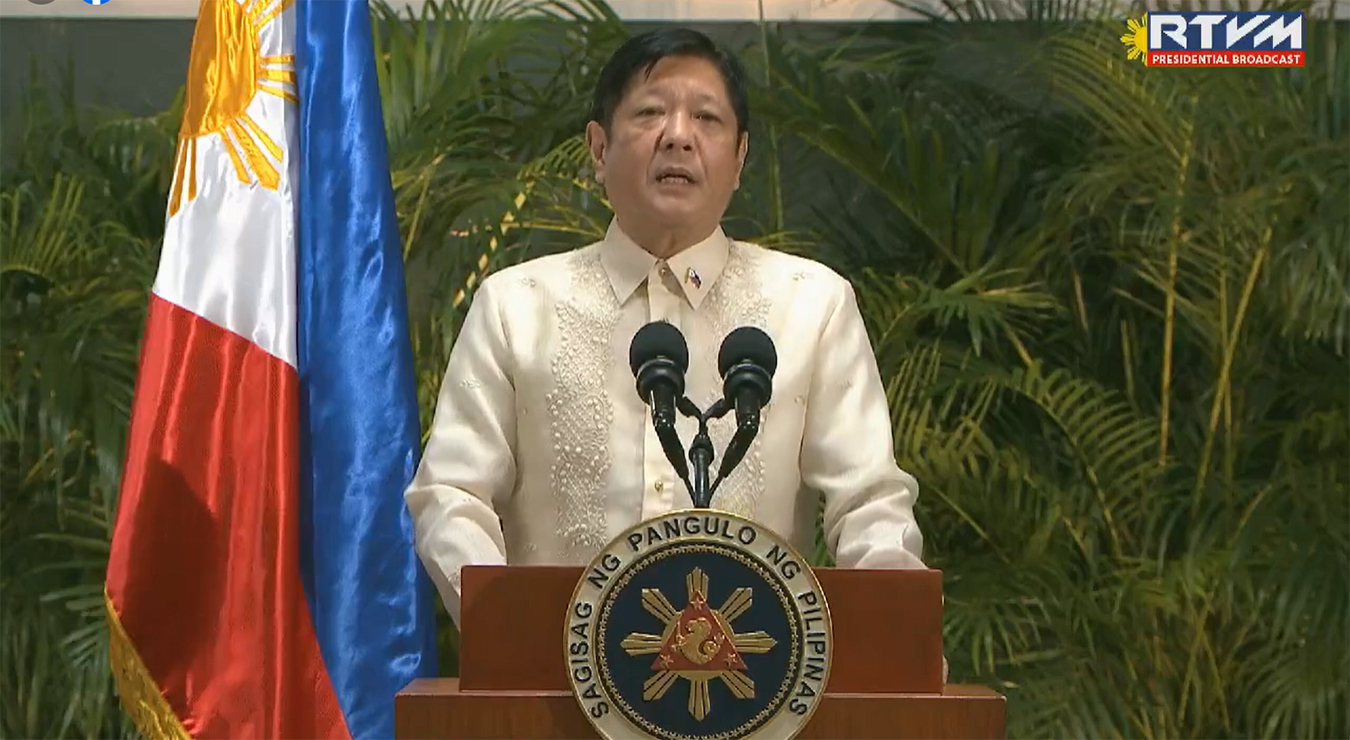 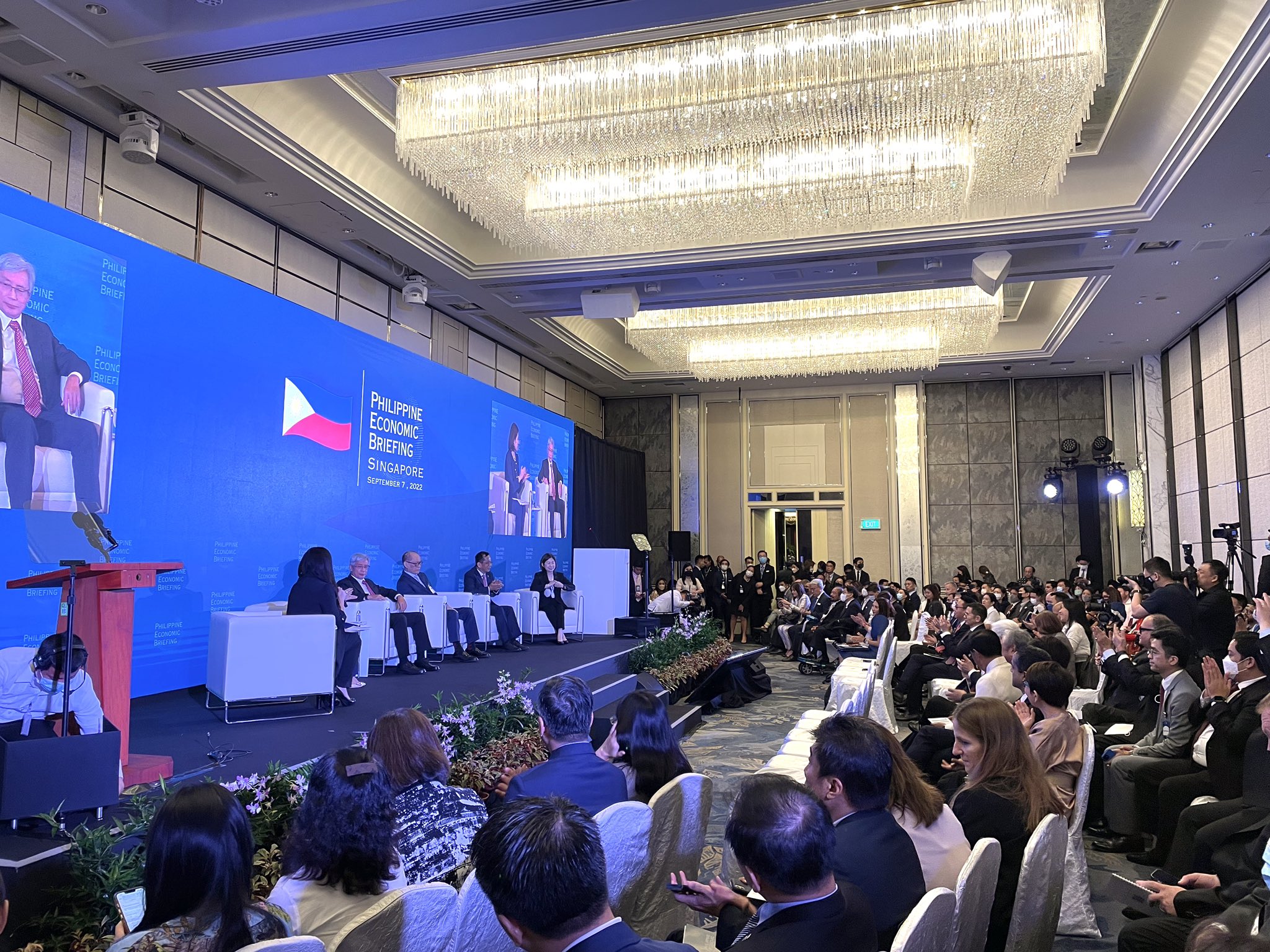 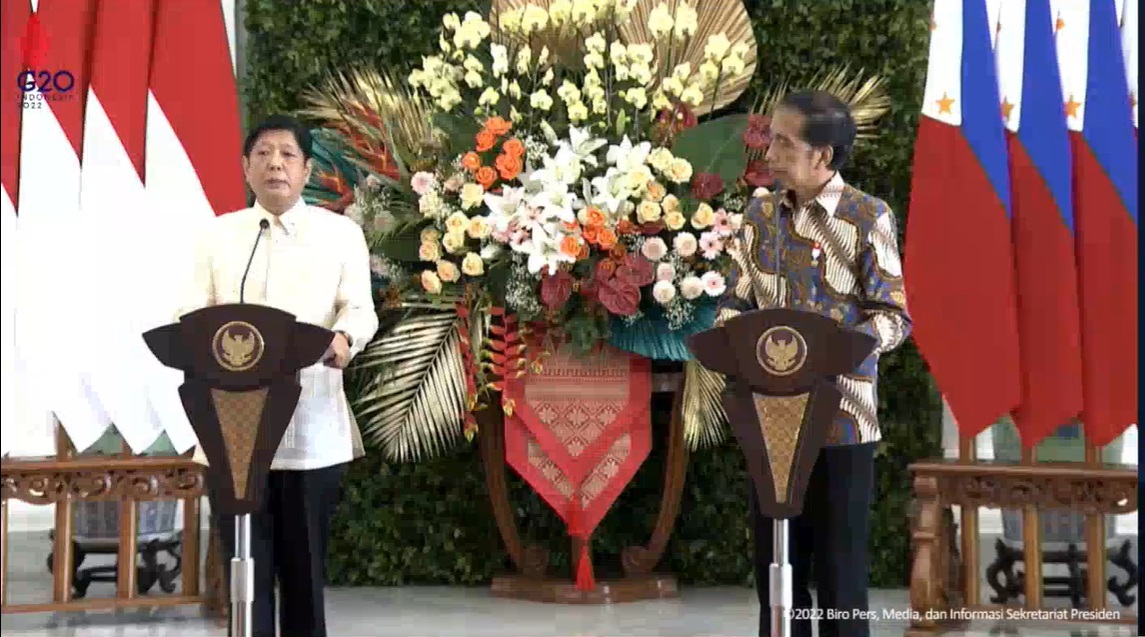 PBBM, Widodo cite role of ASEAN as ‘lead agent’ in bringing peace to the region