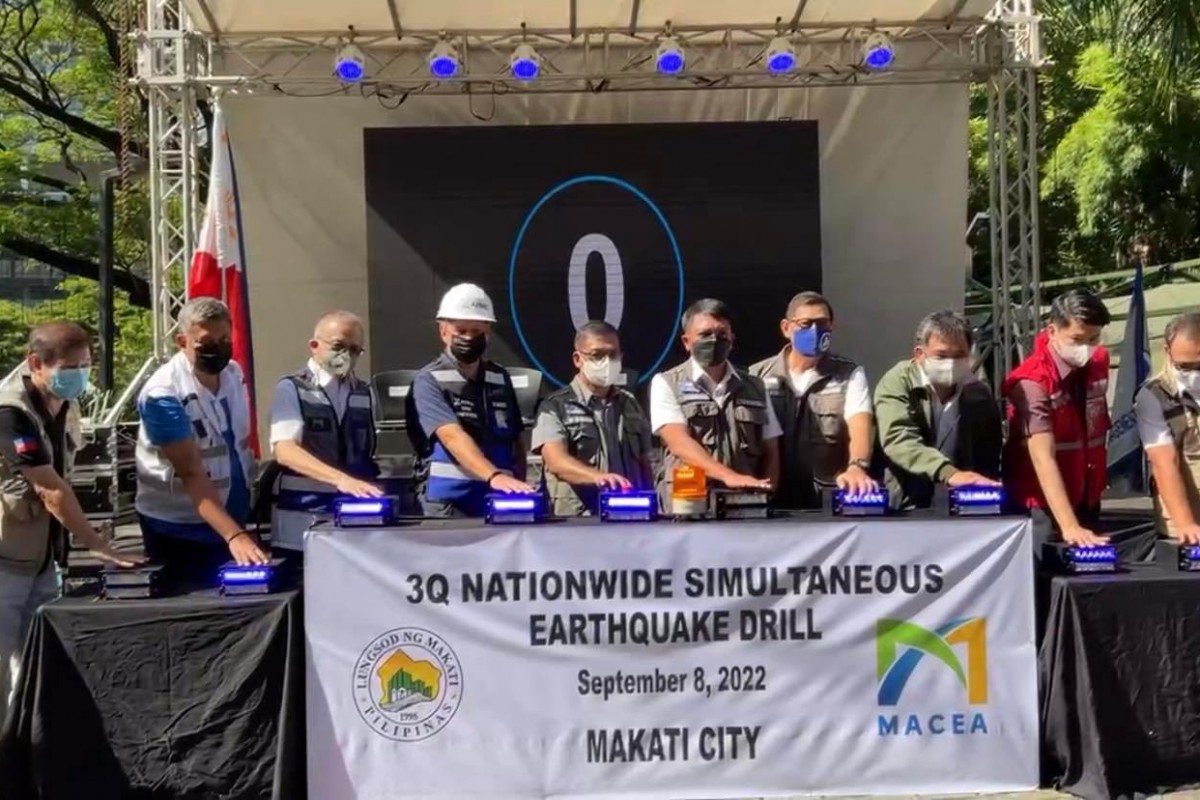 TACLOBAN CITY (PIA) -- Since earthquake is a natural force of nature that offers very little advanced warning, earthquake drill is necessary as it teaches the people how to save themselves during big and strong earthquakes.

This was emphasized by Dr. Renato Solidum Jr., secretary of the Department of Science and Technology (DOST), who is also the vice chairperson on disaster prevention and mitigation, during the 3rd Nationwide Simultaneous Earthquake Drill (NSED) held on Thursday, September 8.

There is a need to regularly practice the earthquake drill even in the midst of the pandemic, Solidum said in his message, which was live-streamed over Civil Defense PH and NDRRMC facebook pages.

“This is very important in building disaster preparedness. It is not a matter of when will it happen or if it will happen. The context is, if it happens, how prepared are we? Thus, let us equip ourselves today when there is no hazard yet because the best time to prepare is now,” Solidum said.

Solidum also said that it is only by learning how an earthquake will behave where society can prevent, mitigate the effects and prepare to respond.

Thus, the DOST, according to him, has developed applications like the HazardhunterPH which provides the people of the risks or hazards in their area, and the PHIVOLCS FaultFinder which is capable to do proximity searches of active faults, among others.

The 3rd quarter NSED is the first-ever face-to-face earthquake drill since pandemic began in March 2020.

The purpose was to test and demonstrate certain response capabilities and interoperability among the private sectors, the barangay, the local government units and partner agencies in the event of strong earthquake that can affect any place.

In Eastern Visayas, the Office of Civil Defense spearheaded the 3rd NSED activity.

It was actively joined by employees of participating agencies, local government units, as well as students and faculty members from different schools where they performed the duck, cover, and hold, and went out in open spaces as one way of teaching the people on how to save themselves during big and strong earthquakes. (MMP/CBA/PIA-8)