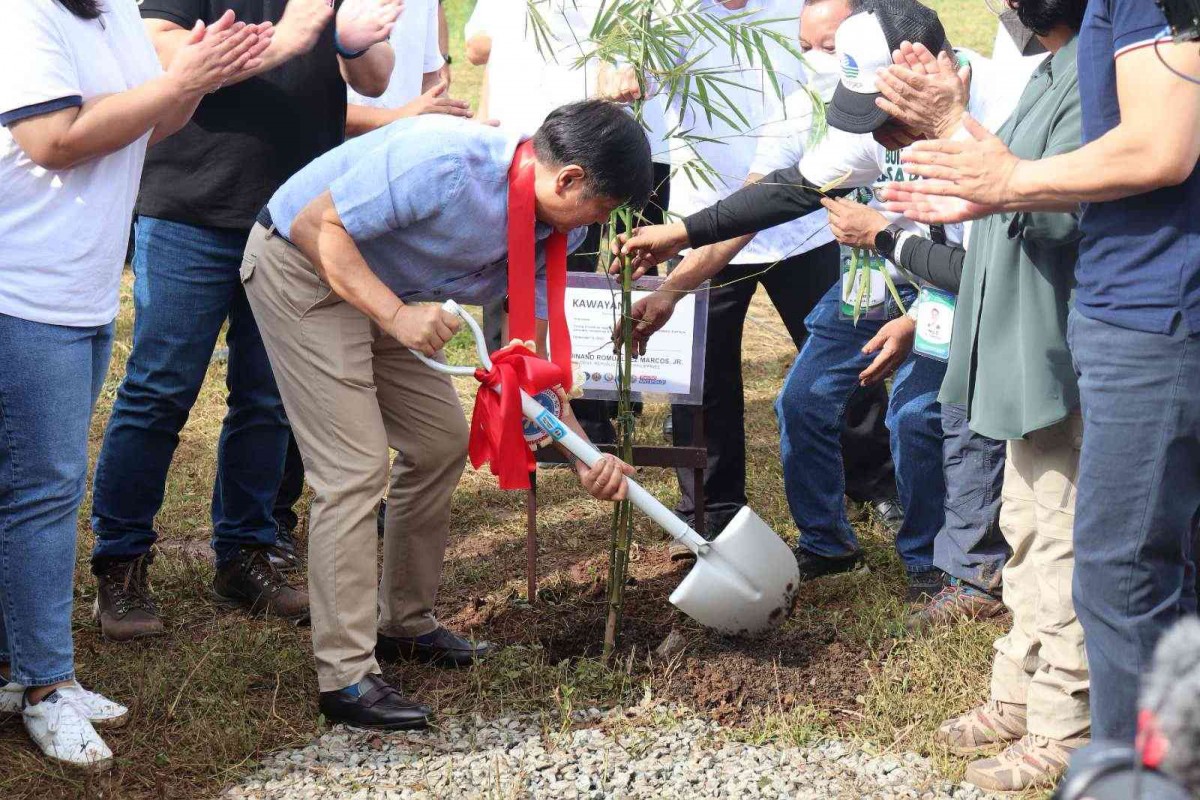 In his message, President Marcos said he decided to celebrate his birthday in a meaningful manner through the tree planting ceremony under the Department of Environment and Natural Resources and Department of the Interior and Local Government's “Buhayin ang Pangangalaga ng Kalikasan” tree planting initiative.

The President said he considers the activity to be symbolic because the Old San Mateo Sanitary Landfill which used to be an eyesore and environmental disaster area will now be utilized for the government's National Greening Program.

“More than the economic benefit of this activity, we are essentially and primarily investing in ensuring that our planet remains a safe space,” the President added.

He was gifted with a cake after leading the ceremonial tree planting where he planted ‘Kawayang Tinik’ (Bambusa blumeana) commonly used as culms for construction, basketry, furniture, parquets, chopsticks, fences and as vegetable for its young shoots.

More than 8,000 seedlings and bamboo planting stocks will be planted in the CALABARZON region.

According to the DENR - CALABARZON, around 2,000 bamboo plants and 100 fruit-bearing trees will be planted in San Mateo alone.

DENR utilized 'kawayang tinik' bamboo variants for the activity which are capable of absorbing heavy metals and methane found in landfills.