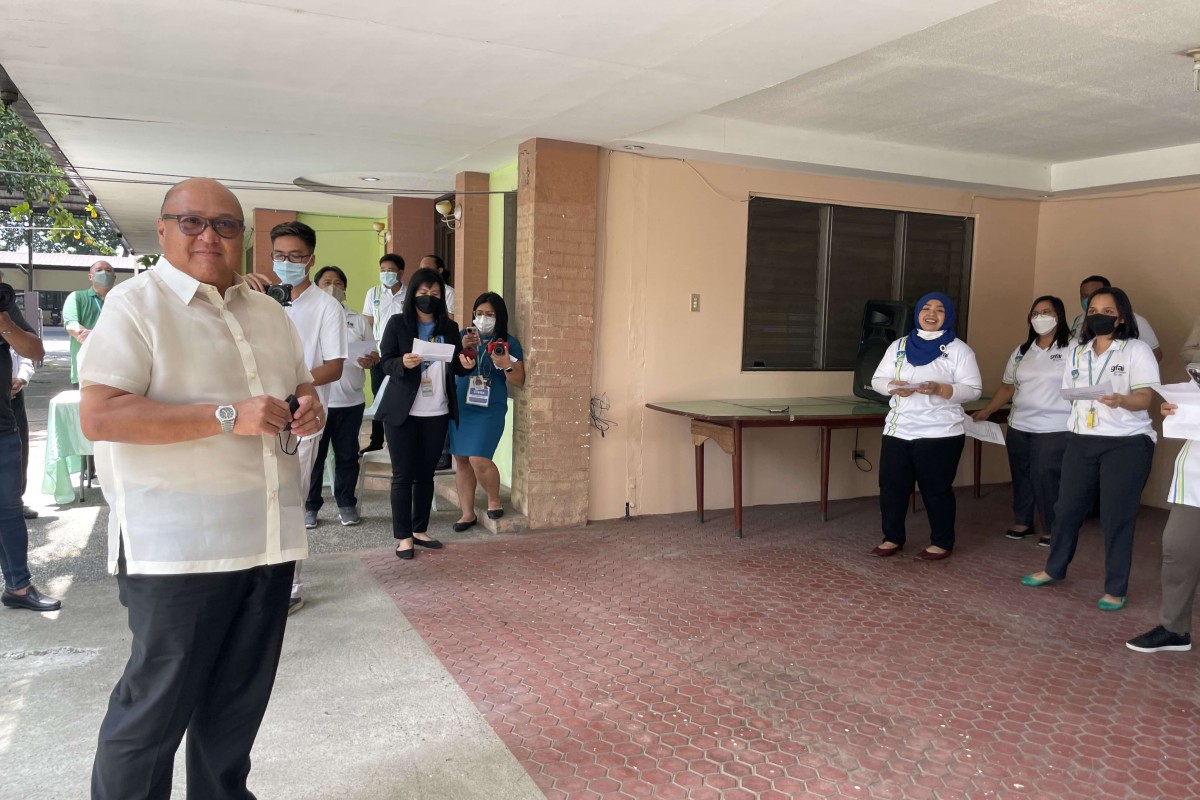 DAVAO CITY - The Government Service Insurance System (GSIS) has assured Vice President Sara Duterte who is also the concurrent education secretary that they will answer and address teachers concerns and issues regarding GSIS.

GSIS President and General Manager Jose Arnulfo “Wick” Veloso said that during their dialogue with the Vice President they will give the answers to the questions of the teachers regarding their loans and other concerns on benefits.

“Sabi ko sasagutin naming ito point-by-point para magkaroon ng katiyakan ang mga guro sa kanilang concerns and issues (I said we will answer these point-by-point so the teachers will have certainty regarding their loans and other concerns on benefits),” Veloso said during his visit today (Sept. 15) at the Davao office in Matina.

Veloso, a veteran private banker before he was appointed as GSIS president and general manager assured that they will address the concerns of the teachers as he stressed their importance to nation-building.

“Sila po ang pundasyon ng ating bayan dahil sila ang nagtuturo ng kabataan at dapat masiguro natin na inspired at happy sila (They are the foundation of our country as they are the ones teaching our children we must make sure they are inspired and happy),” Veloso said.

He added that there were no specific programs between GSIS and the Department of Education during their meeting with the Vice President, but Veloso said GSIS is ready to partner with the DepED.

The Vice President administered Veloso’s oath of office as GSIS president and general manager on Sept. 7. Vice-President Duterte was designated as the country’s acting president as President Ferdinand Marcos Jr. was undertaking an official overseas visit to Indonesia and Singapore.

During the oath-taking the Vice-President and Veloso discussed the possible cooperation of the DepEd and GSIS to resolve the various issues like the loans of teachers. (PIA/RG Alama)