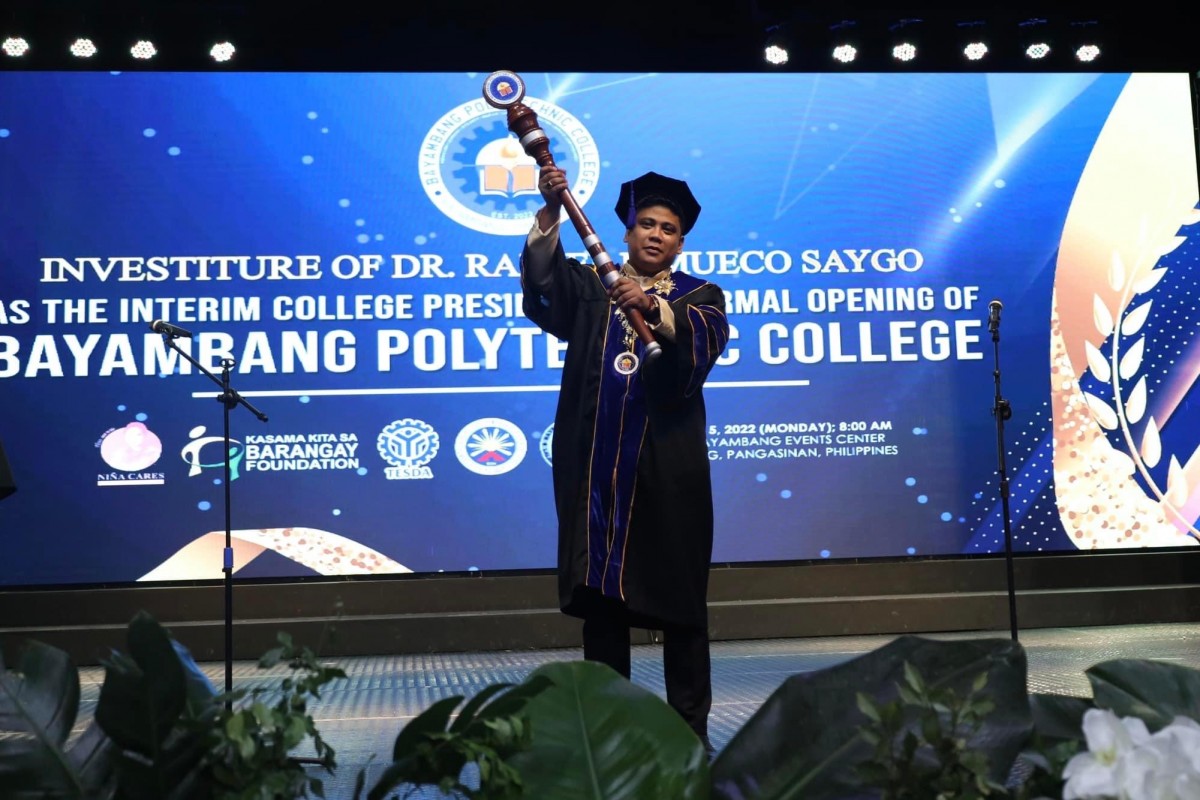 This prompted the local government unit of Bayambang to open the Bayambang Polytechnic College (BPC), which formally opened this September and now caters over 300 students.

Dr. Rafael Saygo, interim college president of BPC, said the establishment of the college was an aspiration of former mayor, Dr. Cezar Quiambao and his wife, the incumbent local chief executive Niña Jose-Quiambao as they believed that education brings social change both to the individual and the community.

“Lahat ng ito ay nakaangkla po sa aming rebolusyon, rebolusyon laban sa kahirapan and we can see that education is the key solution,” he  said during the virtual media forum of PIA-Pangasinan Information Center on Friday.

Saygo added that the opening of BPC serves as an alternative where Bayambangueño students can attain tertiary education.

“I would like to make it clear that we do not compete with Pangasinan State University-Bayambang Campus, actually this is an alternative, another option to the people,” he said.

As a jumpstart, the BPC offers two four-year courses which include the Bachelor of Science (BS) in Entrepreneurship and BS in Agribusiness.

The Agribusiness course, he said, is meant to engage the youth in agriculture since Bayambang is an agricultural town, and to help its future graduates to manage the agriculture resources in a better way to get maximum output and earn a profit.

He said tuition fee at BPC is free for students residing in Bayambang and they only have to pay the miscellaneous fee worth P1,850 per semester.

Saygo hopes to turn BPC into a university in 10 years.

“The BPC will become an asset of the municipality. We will teach our children that while it is the duty of the government to uplift the quality of lives of the people, it is also their individual responsibility to love their town and help their fellow Bayambangueños.” (JCR/AMB/PMDA/PIA Pangasinan)