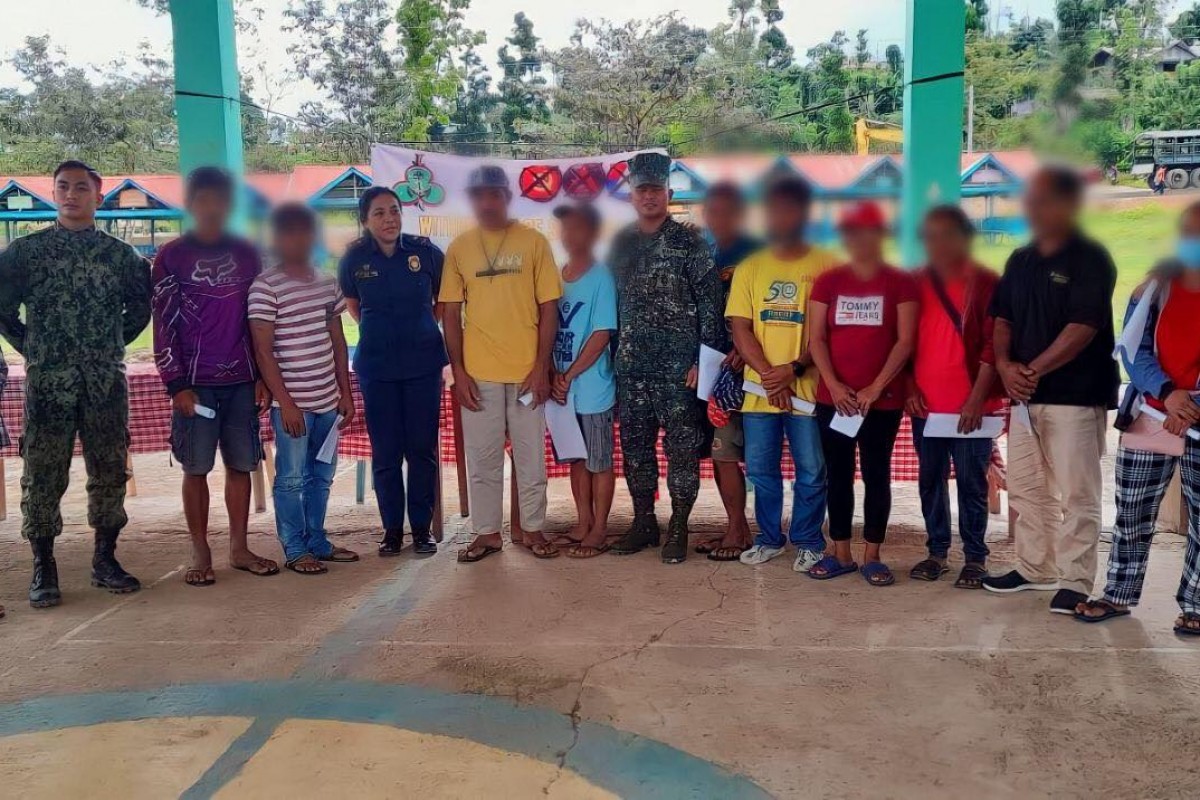 PUERTO PRINCESA, PALAWAN, (PIA)—Thirteen (13) mass base sympathizers and supporters of the Communist Party of the Philippines-New People's Army (CPP-NPA) surrendered recently in Roxas, Palawan, the PNP said on Tuesday.

Police Regional Office Mimaropa Director, Police Brigadier General Sidney Sultan Hernia said that they were recruited between September and October of 2017. The General said that this latest accomplishment of the government side strongly reveals that the CPP/NPA has been remarkably weakened as a result of intensified campaign of National Task Force to End Local Communist Armed Conflict (NTF-ELCAC).

"The intensified efforts of Western Command's Joint Task Force Peacock against the communist terrorist group in the whole Province of Palawan resulted in the neutralization of CTG leaders and to mass surrenders not only of former members but of their sympathizers as well. This bespeaks the power of Bayanihan in Palawan and Team Wescom's solid commitment to sustain peace, progress, and development in our communities," Carlos said.

The latest surrender of CTGs to Joint Task Force Peacock under JTG-North/Marine Battalion Landing Team-3 of the 3rd Marine Brigade was made possible through the cooperation and support of all the military operatives in the area; Regional Intelligence Unit 4B, PNP-Intelligence Group; and Palawan PPO Provincial Intelligence Unit, 2nd Provincial Mobile Force Company, and Roxas Municipal Police Station, in coordination with the Local Government Unit of Roxas and barangay officials of Dumarao in Roxas. The former CTGs are now under the custody of JTG-North/Marine Battalion Landing Team-3 for debriefing and proper disposition. (ME/PIA MIMAROPA)