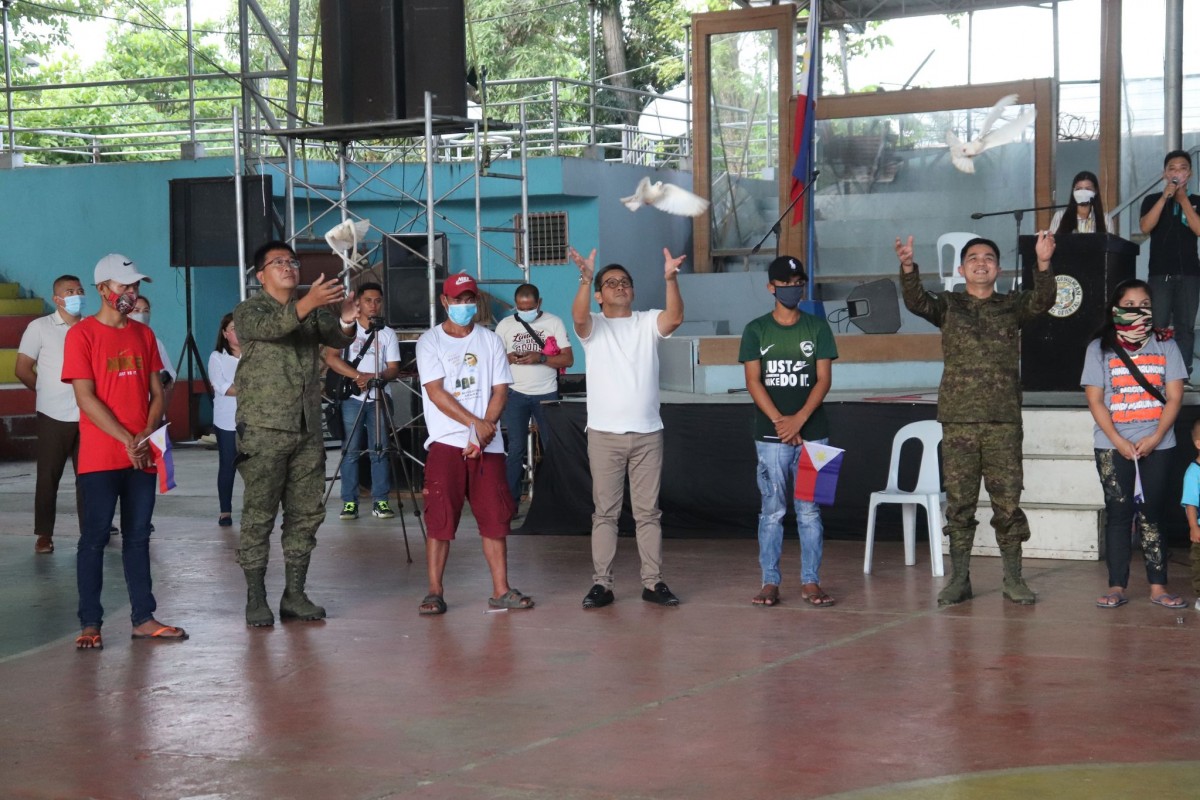 In a statement, the Philippine Army’s 62nd Infantry (Unifier) Battalion identified the leaders of the surrenderers as 'Ka Jimbo,' commanding officer of Sentro de Grabidad Platoon, and a political instructor and medical officer who are members of the Central Negros 1, Komiteng Rehiyon-Negros, Cebu, Bohol, and Siquijor (KR-NCBS) under Leonardo Panaligan Command of the New People's Army (LPC-NPA).

The activity was highlighted with the turn over of the 16 newly surrendered personalities and nine former rebels who surrendered on March 29, 2022 to Lt. Col. William Pesase Jr, commanding officer of 62IB to the Guihulngan City Task Force to End Local Communist Armed Conflict (GCTF-ELCAC).

Guihulngan Mayor Filomeno Reyes, chair of CTF-ELCAC, led the oath of “Panumpa sa Kalinong” with the returnees’ withdrawal and denouncement of support to the CPP-NPA-NDF.

An offering prayer and candle lighting for the victims of NPA atrocities and human rights victims were also officiated by Pastor Mary Hope Biasca, 62IB spiritual adviser, and a symbolic burning of the CPP-NPA by the rebel returnees.

The activity culminated with the dispersal of 25 heads of goat and 25 sacks of fertilizers which were provided by GCTF-ELCAC through the City Agriculture Office.

Balean said the active implementation of the programs of GCTF-ELCAC has encouraged other members of the NPA to return to the folds of the law. (JCT/PIA7 Negros Oriental with reports from 62ndIB, PA) 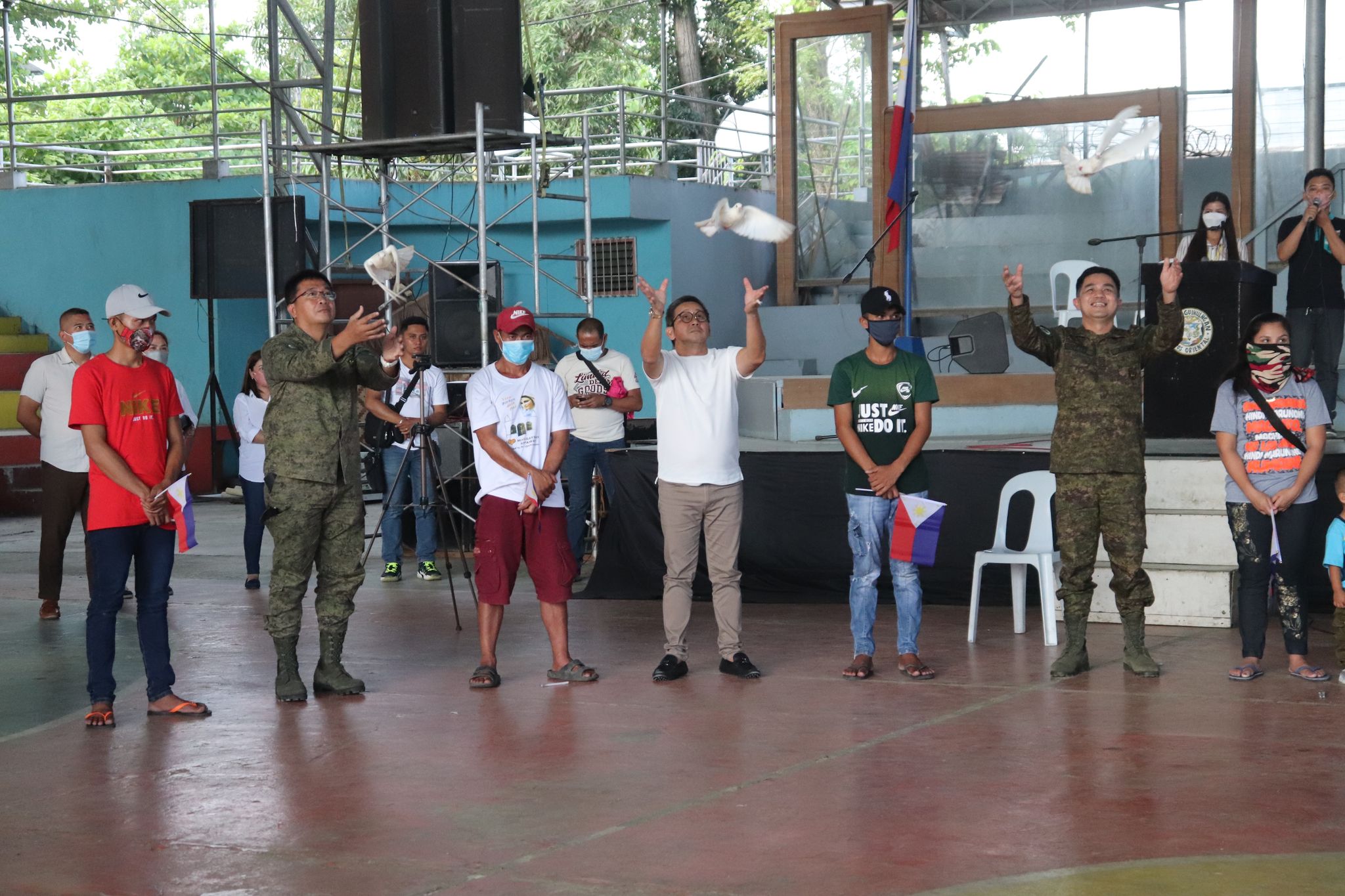 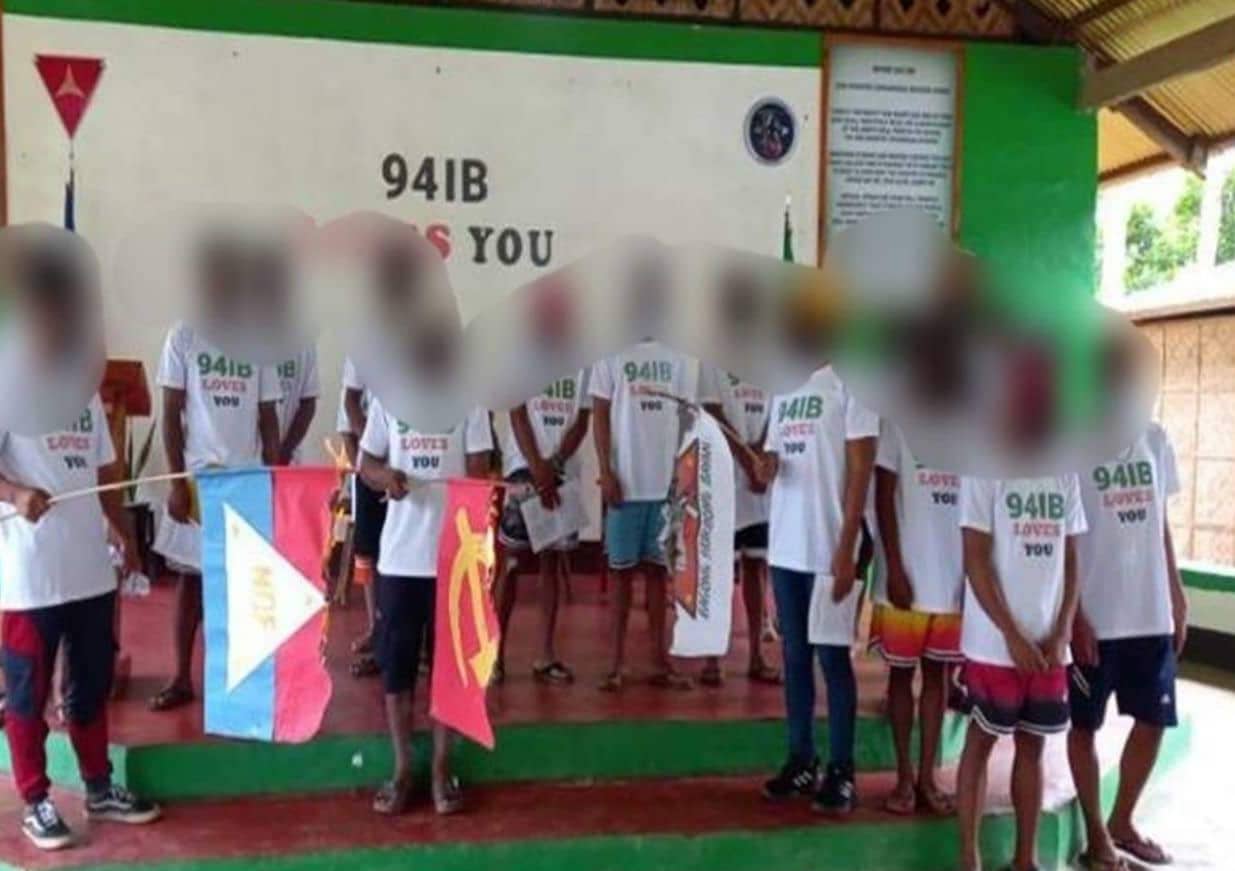