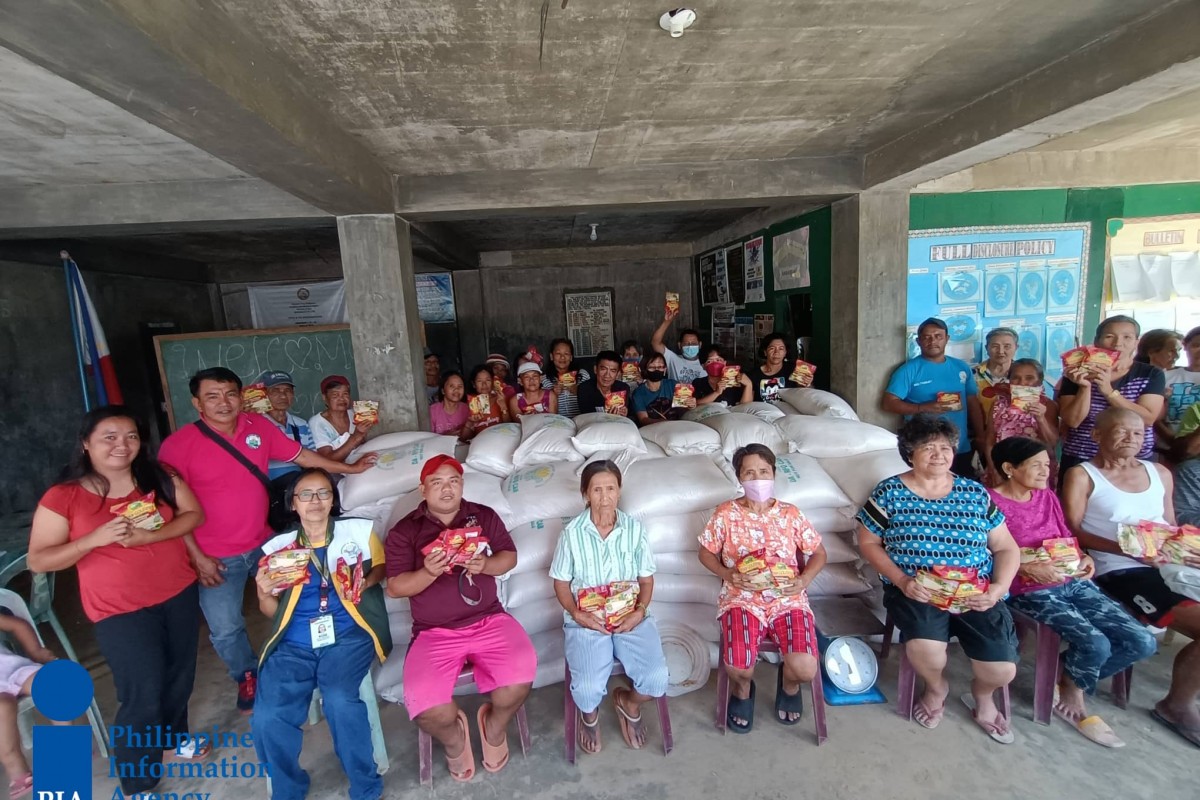 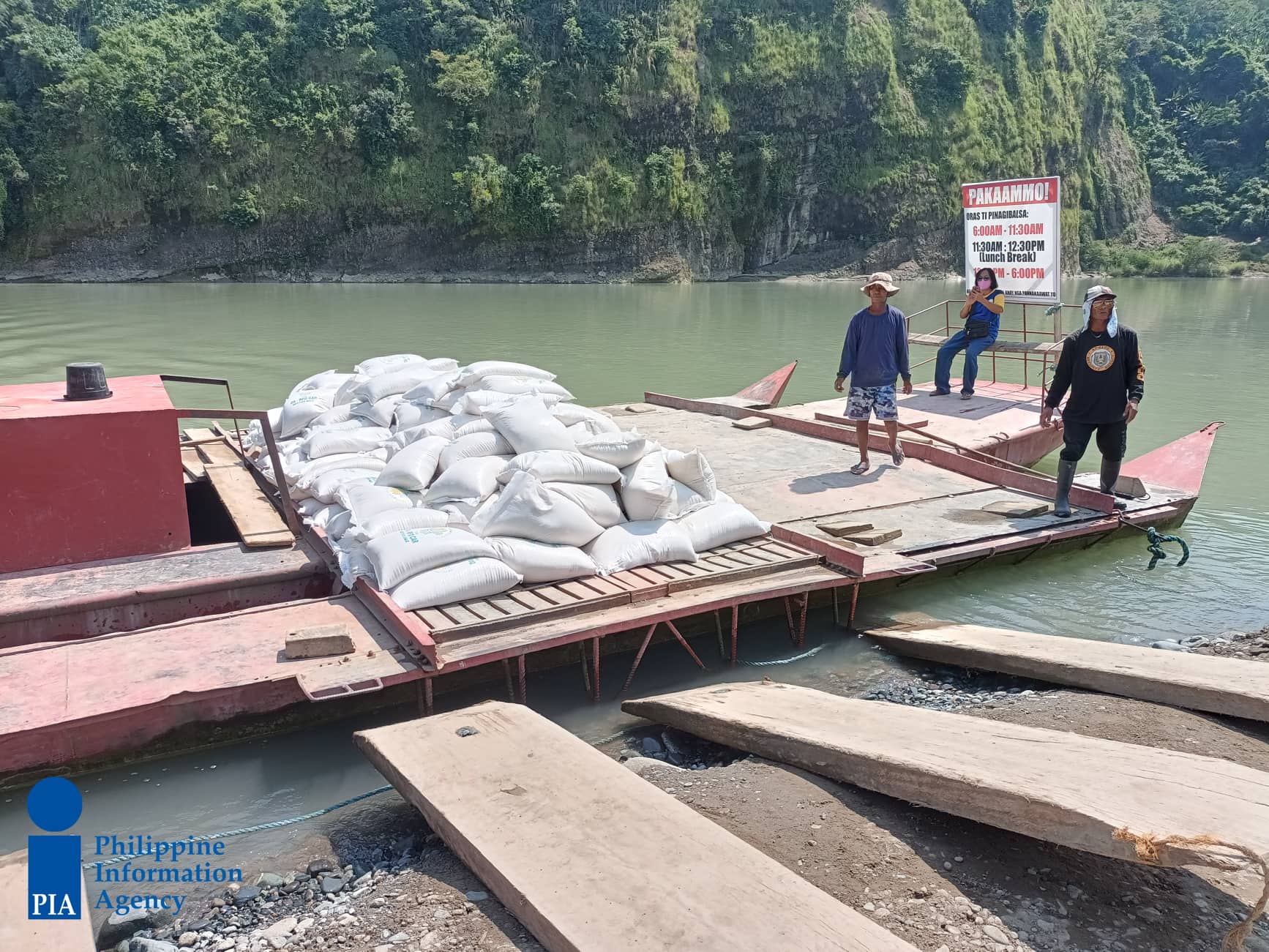 LOOK: 164 sacks of rice weighing 4.1 tons intended for SIPAT beneficiaries in the remote barangay of Lul-luno in Luba town . are transported to through a ferry boat in Tumbal River between Manabo and Luba. CAGT - PIA CAR, Abra)
Delete

The Agriculture Program Coordinating Office (APCO) headed by Dr. Rosemarie Tesoro brought 164 25-kilogram rice bags or 4.12 tons to the far-flung barangay of Lul-luno through a ferry boat in Tumbal River between Manabo town and here as there is no bridge yet connecting the two municipalities.

The rice bags were received by barangay officials led by Punong Barangay Rosario Gayyed in their barangay hall where the distribution was held.

Tesoro said 82 households were given with two bags each.

“The SIPAT beneficiaries are registered farmers under the RSBSA or the Registry System for Basic Sectors in Agriculture and here in Lul-luno, and   a total of 82 beneficiaries were identified and submitted to our office,” Tesoro said.

Punong Barangay Gayyed expressed his thanks to the DA for their efforts in personally delivering the rice bags to their barangays.