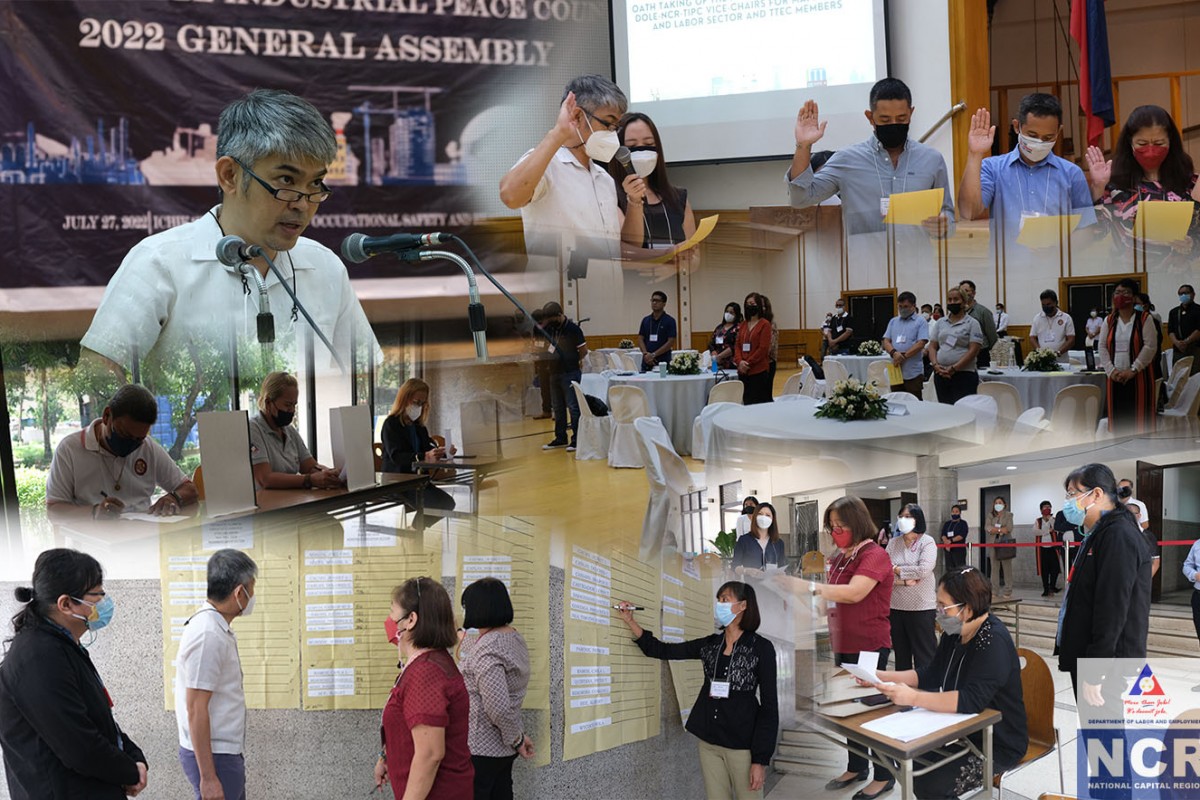 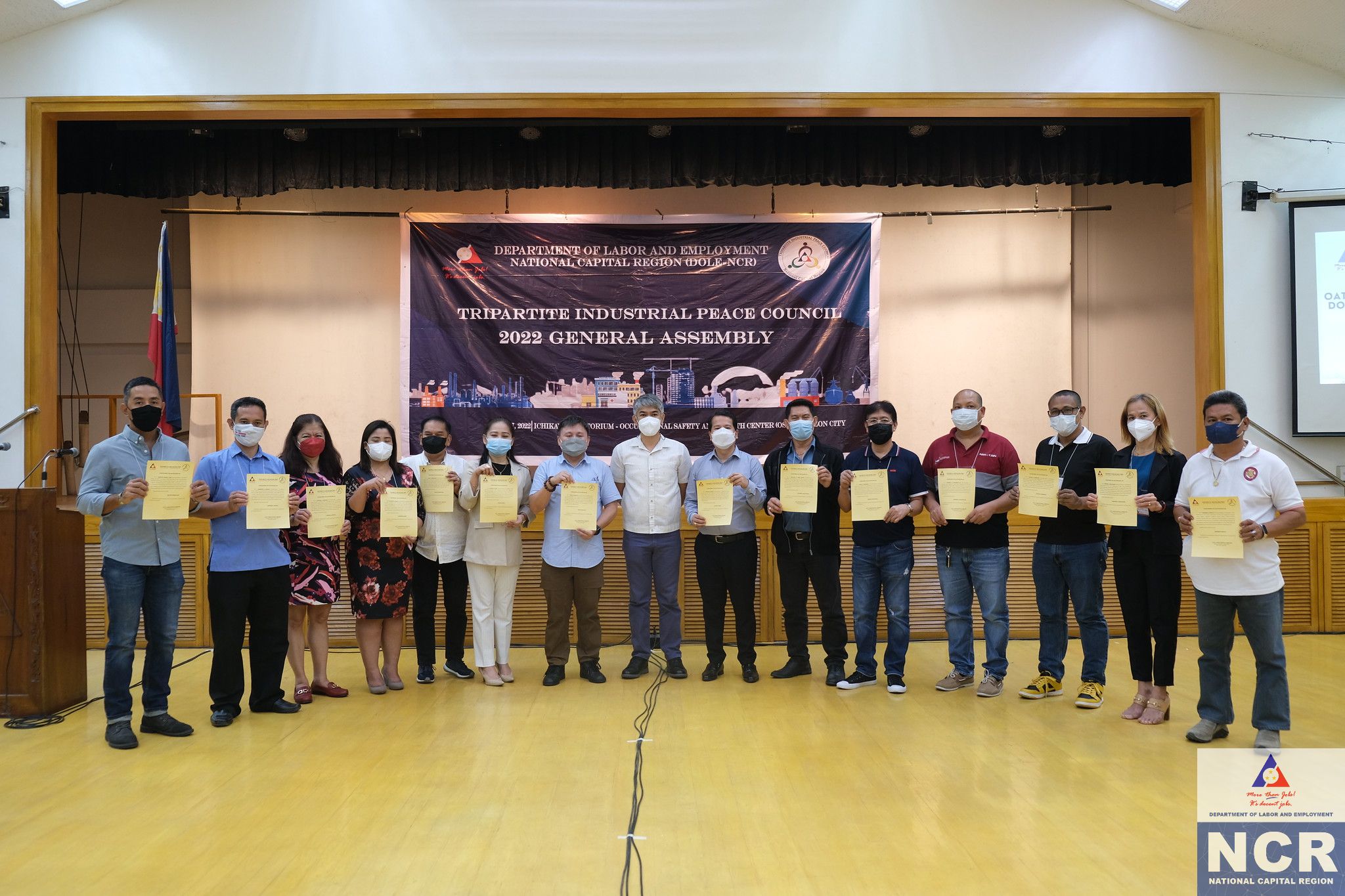 CALOOCAN CITY, (PIA) -- After an unexpected pandemic pause, the Department of Labor and Employment – National Capital Region (DOLE-NCR), together with its Regional Tripartite Industrial Peace Council (RTIPC) had finally named their new set of officers during its recent face-to-face general assembly at the Ichikawa Auditorium, Occupational Safety and Health Center, Quezon City.

Prior to presenting the Council’s accomplishment, DOLE-NCR lauded the RTIPC’s steadfast commitment in advocating tripartism and social dialogue with the Department even amidst uncertain times to ensure that workers’ and employers’ organizations across Metro Manila are empowered towards attainment of industrial peace and productivity improvement.

They also looked forward to the Council’s continued support to the Department in the years ahead and to extend the same to the newly elected officers.

“As we face a new paradigm of tripartism, I am confident that the Council will continue to uphold labor and employment policies that will strike a balance between business growth and workers’ welfare. We view this as one of the keys toward realization of inclusive growth,” said DOLE-NCR Director Mirasol in a statement as delivered on her behalf by Assistant Regional Director Jallorina.

“I urge the Council to give the new members of the Vice Chairs for the Labor and Management Sector and Tripartite Technical Executive Committee…the same solid support so that together, we would be able to produce equal or even greater results in our endeavor to further revitalize our partnership,” added the DOLE official.

In their acceptance speech, the new Vice Chairs thanked the Council for their trust and confidence. They also assured the RTIPC of their unwavering commitment to strengthen and intensify collaboration with the labor department.

Meanwhile, the Department also conferred the Certificate of Appreciation to the 2019-2022 DOLE-NCR RTIPC Vice-Chairs, TTEC Members, Local TIPCs and ITCs, and Expanded Members; paid a special tribute to the former and late RTIPC Vice Chairs and TTEC Members; and conducted a seminar on “Unlocking Productivity to Resolve Workplace Issues and Prevent Conflicts.” The latter was facilitated by Director Elvira P. Jota of the DOLE – National Wages & Productivity Commission (NWPC).

The DOLE-NCR RTIPC was formed to promote industrial peace and harmony between labor and management, with the assistance of the government, in order to achieve productivity, quality, excellence, growth, and labor justice in the workplace. (DOLE-NCR/PIA-NCR)