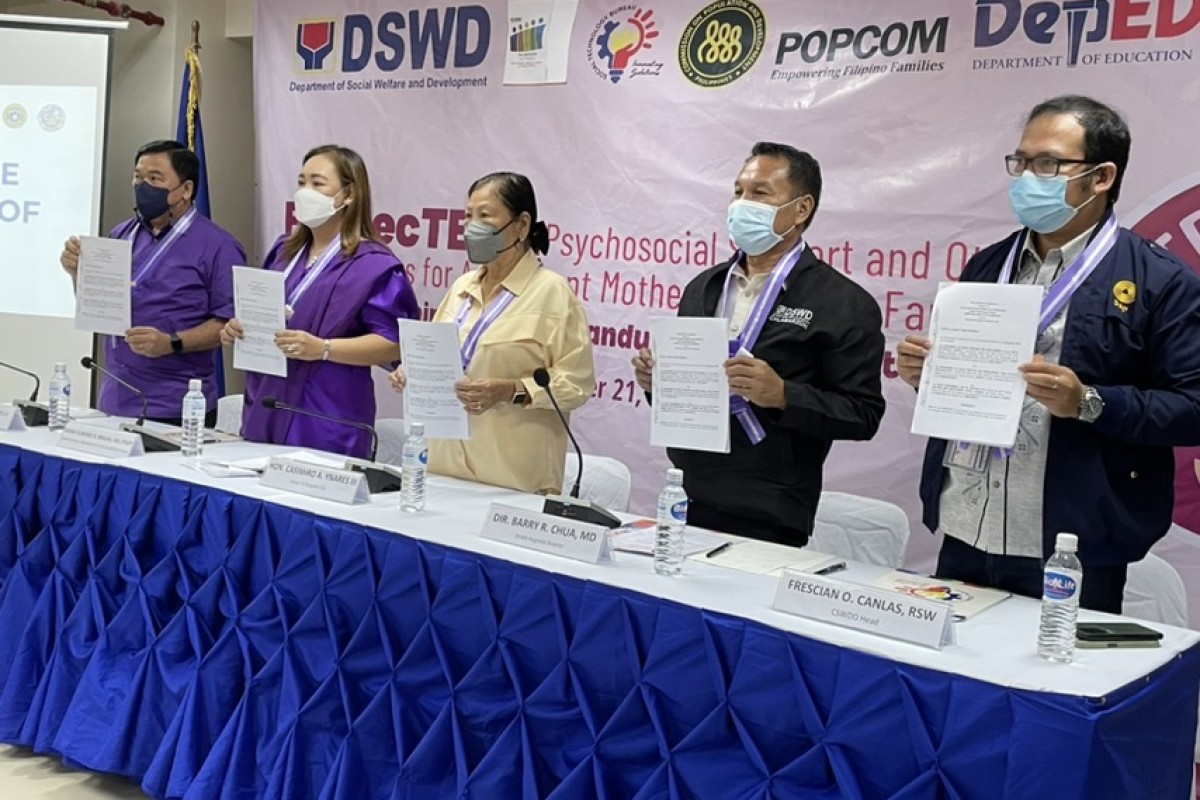 ANTIPOLO CITY, Rizal (PIA)-- The Department of Social Welfare and Development and Antipolo City Government sign a Memorandum of Agreement (MOA) for the psychosocial support and interventions for adolescent mothers this September 21.

Antipolo City has been chosen as a pilot area for the ProtecTEEN program in Region IV-A, particularly Barangays Sta. Cruz and San Jose, through the MOA signed at the city hall by DSWD and the local government.

ProtecTEEN is an intervention program headed by the agency to provide an ecosystem of support for young mothers aged 10-19 as well as their families.

The program was initially launched in Malaybalay, Bukidnon (Region 10) in August and is also set for launching in Malabon City (National Capital Region).

Marilyn Moral of the DSWD Social Technology Bureau says that the program aims to help adolescent mothers to cope with the demands in performing their social roles as both adolescents and young parents.

During the program proper, 18 year-old adolescent mothers "Jenny" and "Russell" from Barangays Sta. Cruz and San Jose shared testimonies on their respective experiences raising children at a young age and thanked the DSWD for their support and interventions.

Antipolo City Social Welfare and Development Office head Frescian Canlas stated that while Sta. Cruz and San Jose have been initially identified, the ProtecTEEN program will eventually be replicated in all barangays of the city.

DSWD data identifies CALABARZON as the region with the highest number of teenage pregnancies. Reports also indicate more than 4,000 repeated teenage pregnancies among minors in 2018, 2,411 births among 10-14 year olds in 2019 and, 133,000 minor-led families in 2021.

(The City Government on behalf of the City Mayor is thankful for the opportunity to serve as a pilot testing center despite having five provinces in the region with high cases of teenage pregnancy.)

Vice Mayor Gatlabayan adds that the city is fortunate to be a destination of many noble projects including ProtecTEEN especially since the city aims to be a child-friendly city.

DSWD Undersecretary Denise Florence Bragas said in her closing message that the DSWD recognizes that issues on teenage pregnancy cannot be solved alone which is why the agency is working with the City Government and stakeholders for a holistic approach. (GG/PIA-Rizal)