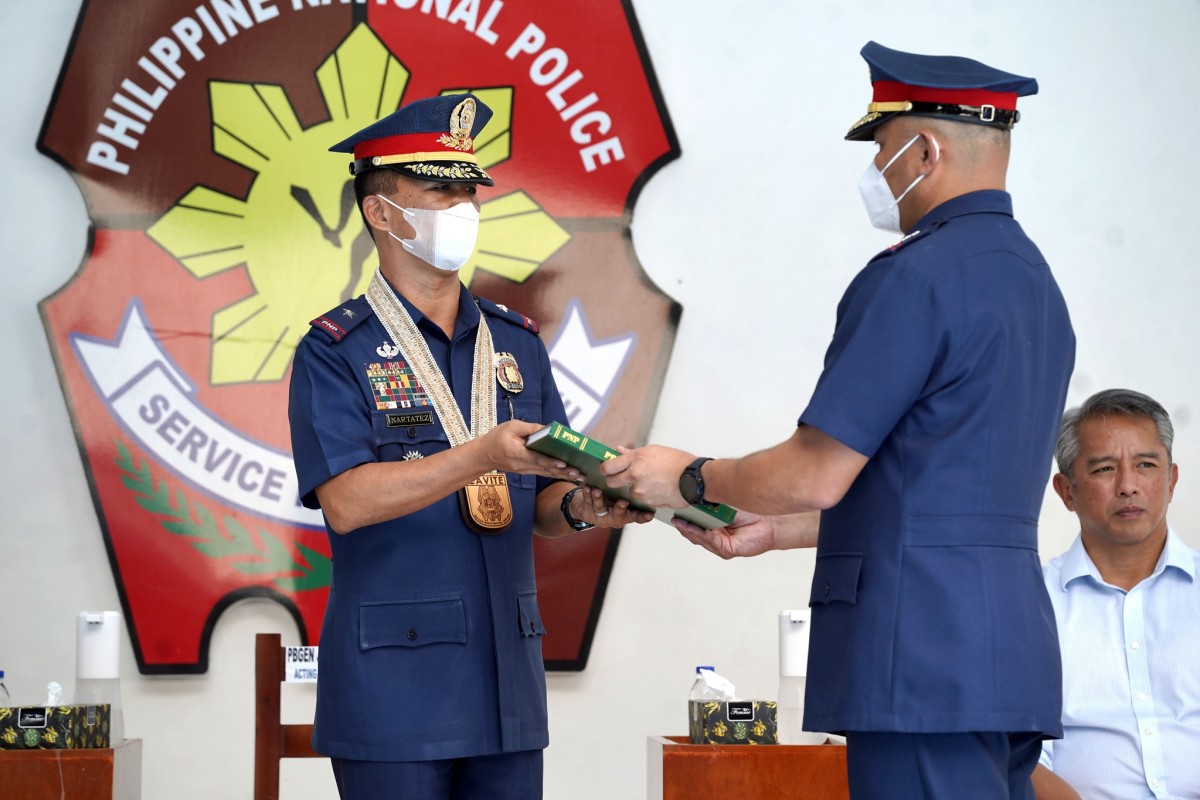 Olazo, a native of Silang town expressed his gratefulness for the trust given to him to head the provincial police. He replaced PLt.Col. Sherwin Maglana who was appointed as Acting Provincial Director on August 29, 2022.

The new provincial PNP chief signified in his speech on continuing to carry on the policies, directives, and programs of the PNP including the 7-point agenda of the Acting Regional Director, PRO CALABARZON.

Acting Regional Director PBGen. Nartatez complimented the efforts of the previous Provincial Director and other officers for the successful management of all activities both in administrative and operational aspects.

He also expressed his gratitude to the stakeholders and the community for their continuous support to the plans and programs of the PNP. He also emphasized the significance of the “KASIMBAYANAN” (Kapulisan, Simbahan at Pamayanan) which focused on the Spiritual and Moral enhancement of PNP Personnel towards the attainment of PNP Mission and Vision.

Likewise, Governor Jonvic Remulla expressed his appreciation to all the men and women in uniform for their unwavering support to the province, adding that future projects for the transferring of Cavite Police Provincial Headquarters to Trece Martires, Cavite, provision of additional Mobile Patrol Cars, housing for PNP Personnel and a proposed P1B for CCTV systems in aid of fighting criminality are included in his priority projects. (RBF/PIA-Cavite)