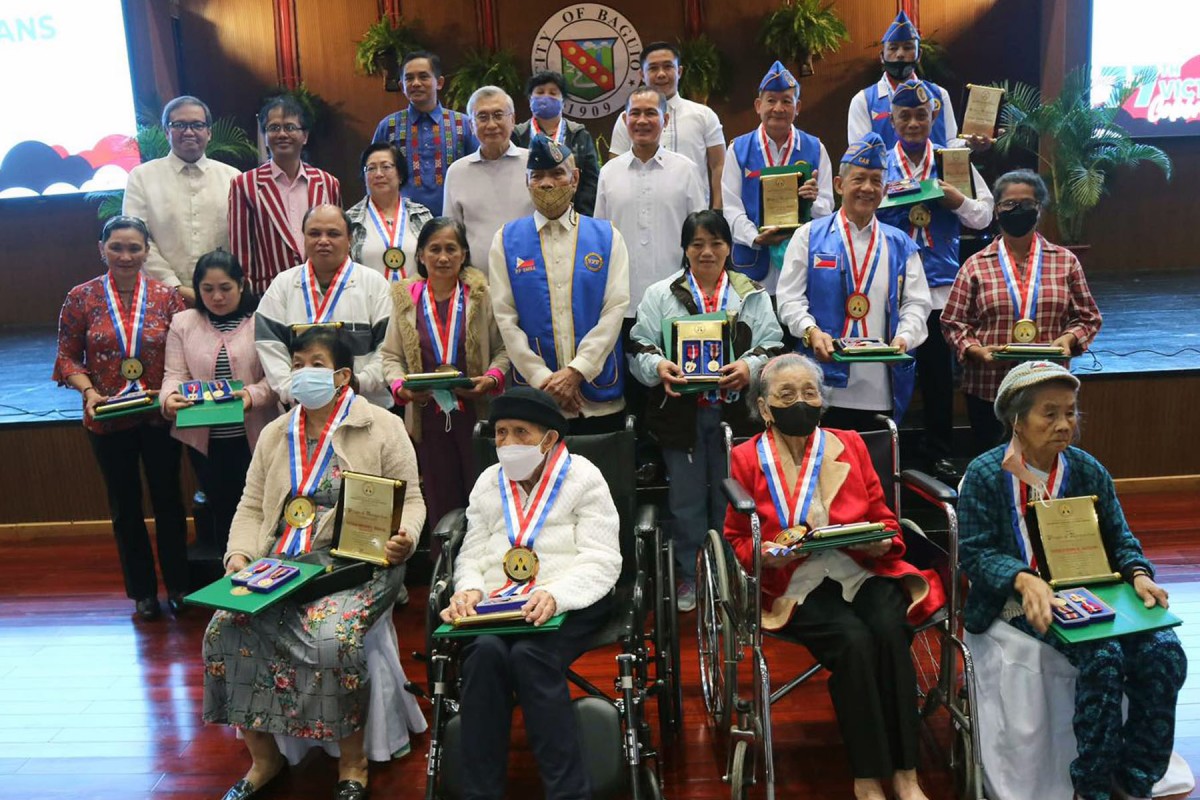 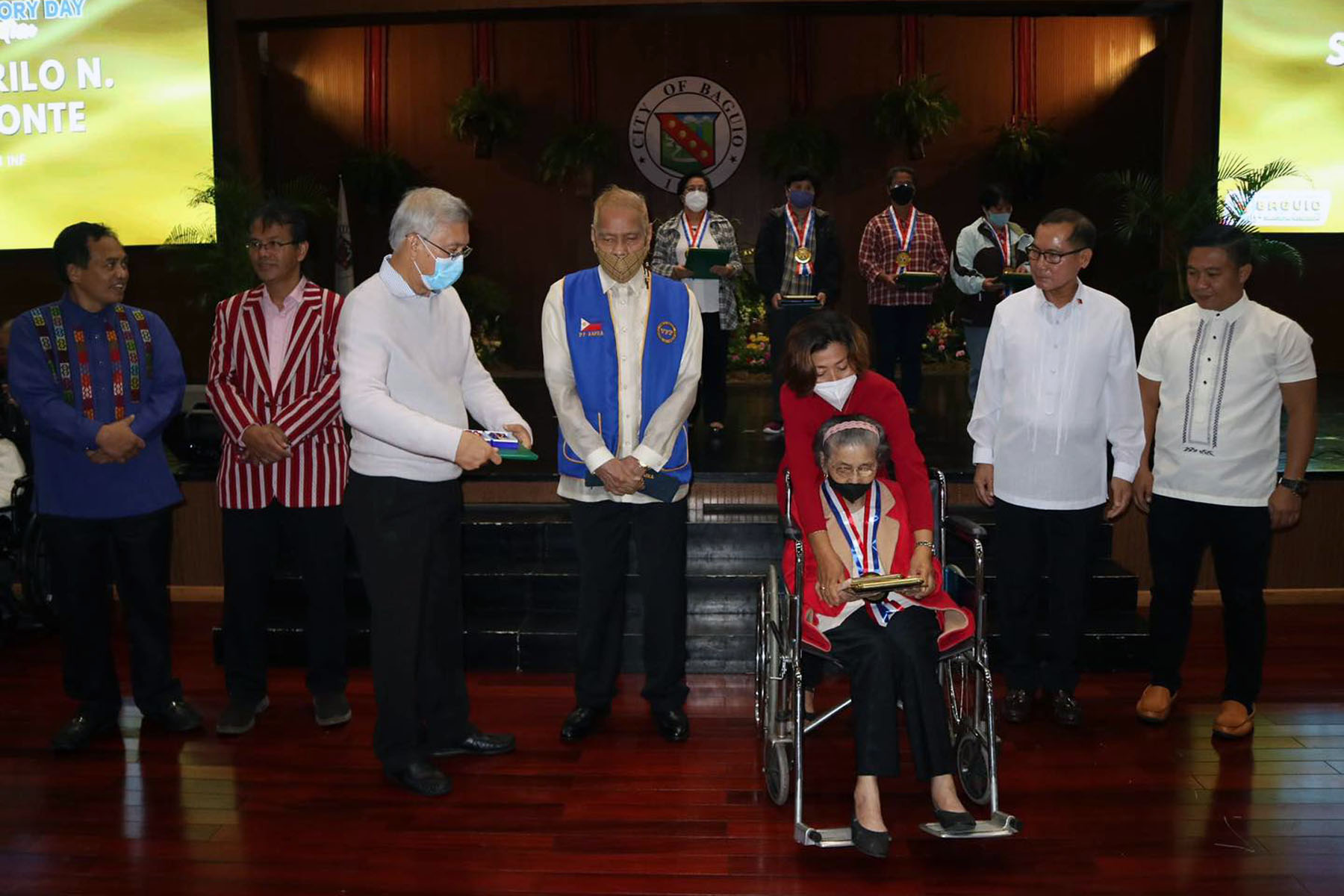 BAGUIO CITY(PIA) -- The Philippine Veterans Affairs Office and the city government of Baguio recognized the heroism of the war veterans who fought for the independence of the country and the Filipinos during the 77th Victory Day Celebration in Baguio City.

Fifteen World War II Veterans were posthumously awarded with the Philippine Liberation Medal and the World War II Victory Medal in  recognition of the gallantry and bravery of Filipino soldiers who paved the way for this historical triumph to take place.

The awards were received by the spouses, sons, and daughters and other representatives of the war veterans during the 77th Victory Day ceremony.

The Philippine Veterans Bank with PVAO and city officials also unveiled the WW  War II Mural entitled, "A Tribute to Filipino Freedom Fighters: Out of the Darkness, Prisms of Light" as part of the celebration in Baguio City.

PVB Marketing and Communications Head and First Vice President Miguel Angelo Villa-Real said that the WW II-oriented historical mural features a collage of photographs all taken in Baguio City during the war, in particular during the Liberation of the City in 1945. At the centerpiece of the installation is a war time artwork of a Filipino guerilla by an unknown artist taken from the “Liberator,” a resistance publication during the Japanese Occupation.

Villa-real said the artwork along with wartime photos were artistically laid out and printed on wood and depicts the triumphant liberation of Baguio amidst the destruction and ravages of war.

Cong. Mark Go stressed that while Victory Day is celebrated due to the bravery, sacrifice, heroism and nationalism of Filipinos, martyrs and nameless veterans   all contributed to achieve the victory being celebrated.

“Today, we celebrate the indomitable spirit of Filipinos. We celebrate nationalism that bows down to no one. We celebrate victory that was not just handed to us, a victory fought for, a victory earned, victory deserved,” Go said in his message.

In his keynote address, Mapagu said that while Baguio City is known as the summer capital and the City of Pines, it also plays a significant role in the Second World War in the Philippines.

Unknown to many, the WW II in the Philippines started and ended in Baguio City. It commenced with the first Japanese overt aerial raid over Camp John Hay hours after the bombing of Pearl Harbor in Hawaii on  December 8, 1941. On December 27 of the same year, the Japanese occupied Baguio City and used Camp John Hay as a military base.

Almost four years later, the Japanese Forces General Tomoyuki Yamashita was captured in Kiangan, Ifugao by Filipino guerrillas on September 2, 1945. The Japanese General, known as the Tiger of Malaya, was then transferred to Baguio City where he signed the Instrument of Surrender on  September 3, 1945 at Camp John Hay.

Mapagu also remembered the millions of Filipino civilians, as well as foreign nationals who suffered and died during WWII. He also gave reverence to our freedom fighters for their selfless service for the country. 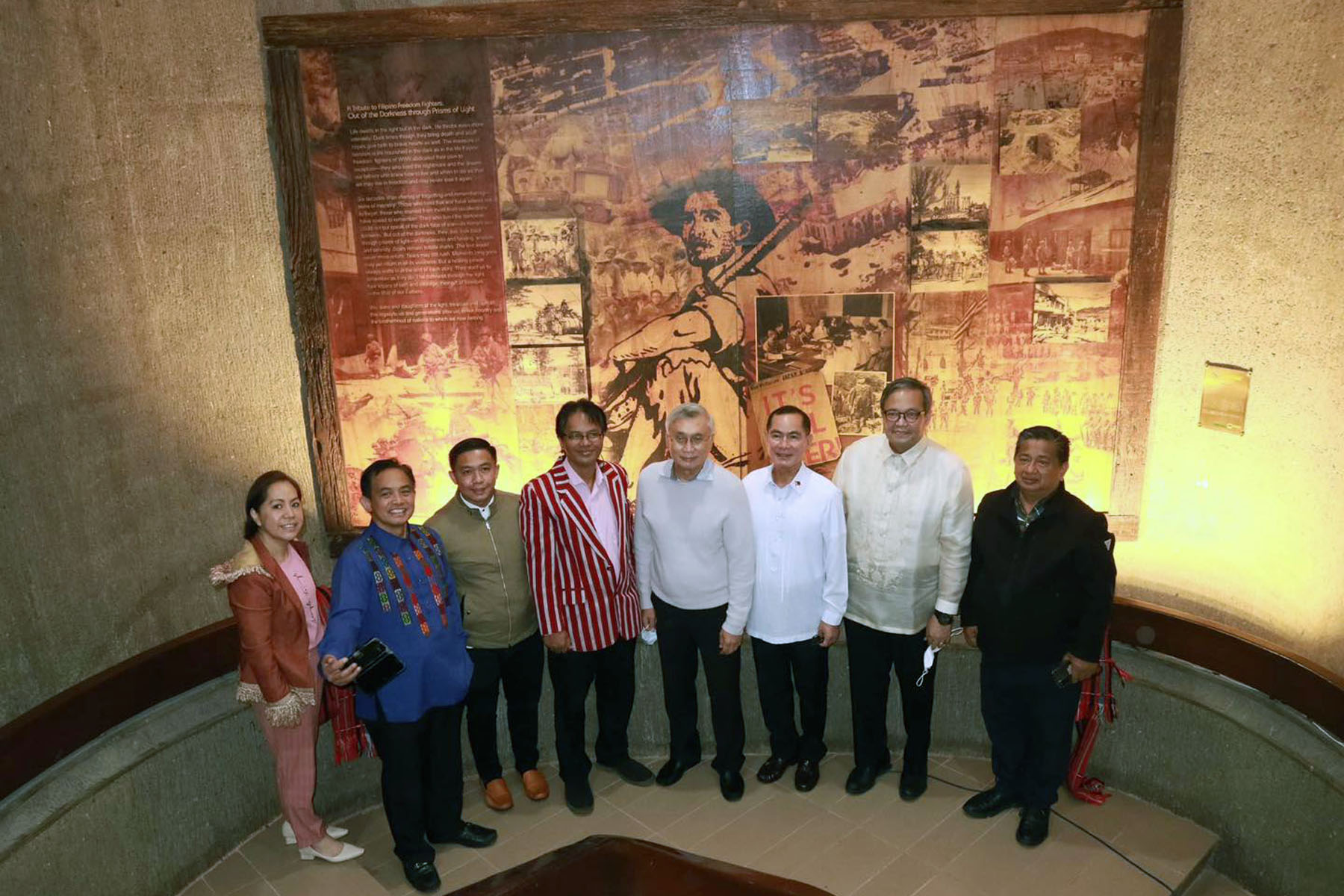