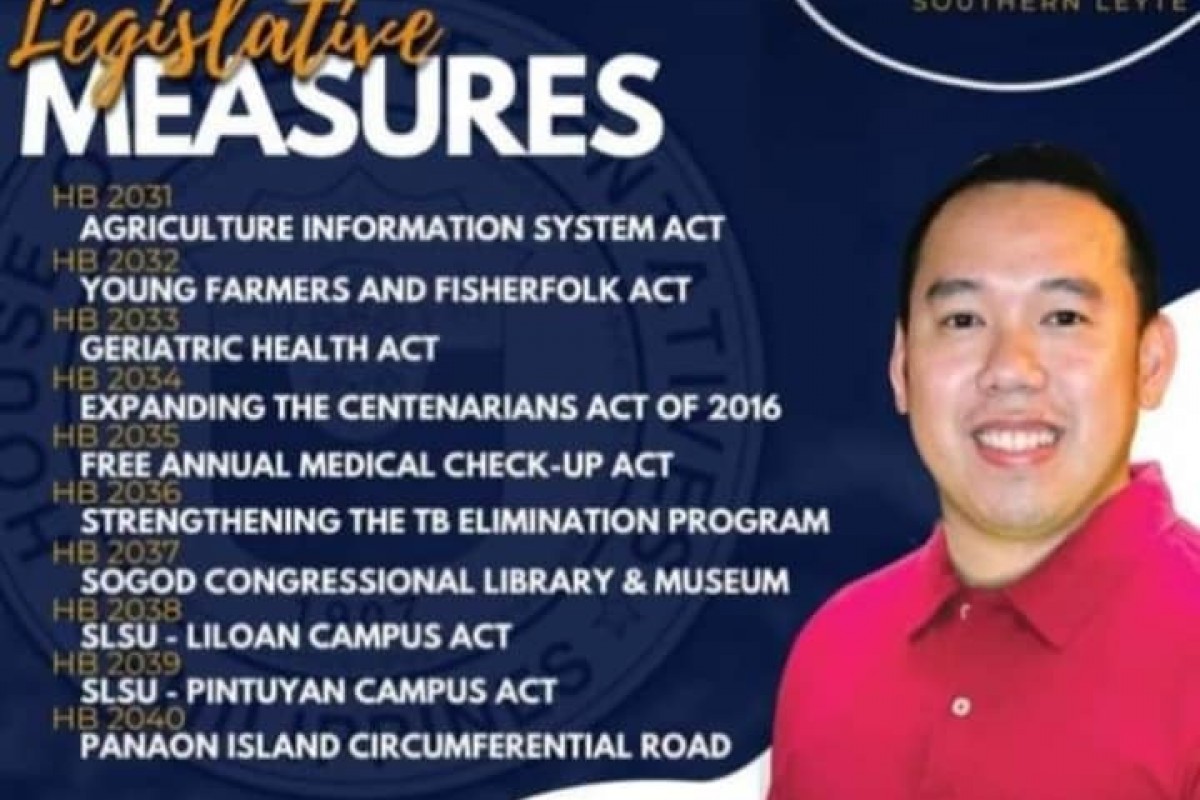 SOGOD, Southern Leyte (PIA) -- In the second congressional district of this province, two engineering offices of the Department of Public Works and Highways (DPWH) will soon rise, their creation into being started with a legislative measure filed at the Lower House of Congress.

The act also established a permanent district engineering office in the municipality of San Juan from a sub-district one.

The said bill converts the sub-district engineering office into an independent one and ensures the inclusion of its funding, for operations and upkeep, in the government’s annual budget, a press statement from the office of Cong. Yap reported.

In addition, the bill also provided for the establishment of not just one but two engineering offices for the Second District of Southern Leyte – one in Sogod and one in San Juan, the press release, a copy received by PIA, also said.

“My consultations with the DPWH and other stakeholders highlighted the necessity of adding an engineering office in Sogod that can immediately respond to landslides in the Agas-Agas area,” Cong. Yap disclosed.

The Agas-Agas leg of the Philippine Nautical Highway connects Luzon to Mindanao via Ro-Ro vessels at the ferry terminals of either Liloan or in San Ricardo.

This area is prone to blockage due to landslides, especially during rainy months, causing delays to passing cargo, vehicles, and passengers.

To fast-track the construction of the Sogod office, the Yap Family, headed by their matriarch, former Southern Leyte Provincial Board Member Amalia M. Yap, will donate a 5,000 square-meter lot in Brgy. Salvacion through Jackson M. Yap, Rep.. Yap’s brother, the press release informed.

With the inclusion in the National Expenditure Plan for 2023 of the allocation for its establishment, two new DPWH district engineering offices will soon rise in the second district of the Province of Southern Leyte, the PR said.  (LDL/MMP/PIA Southern Leyte)