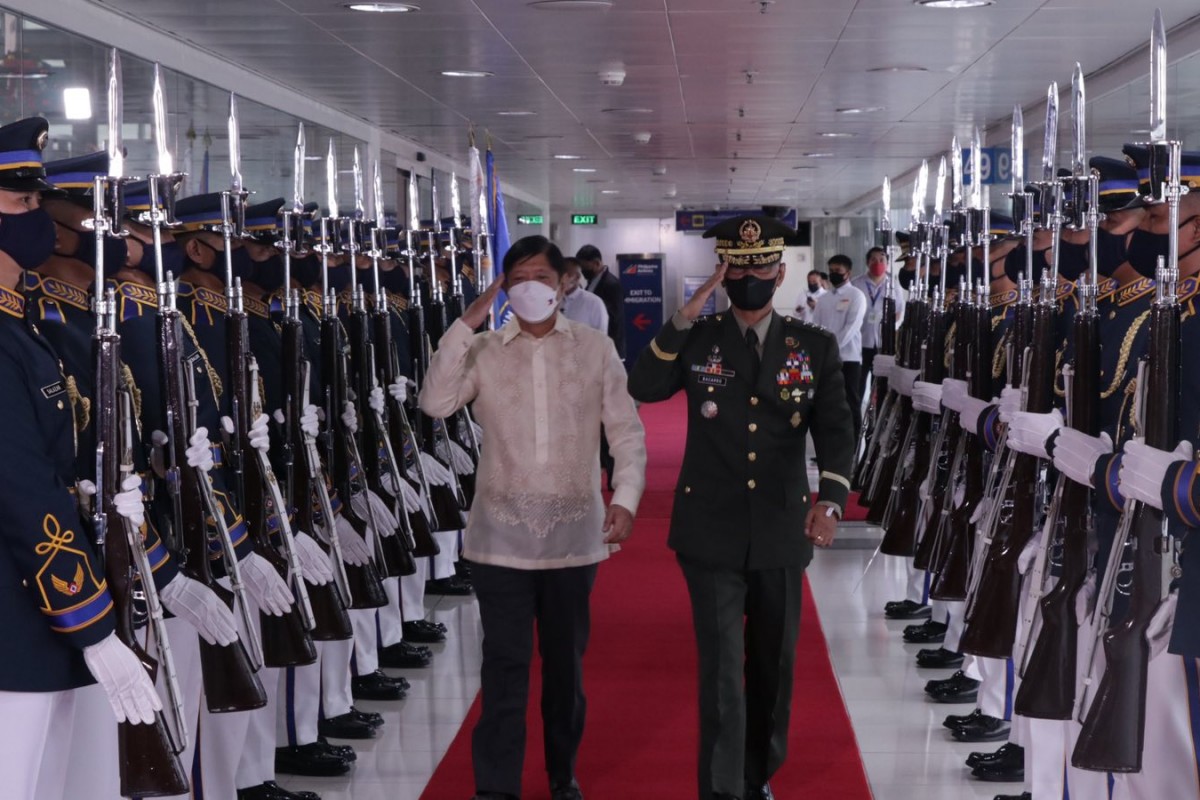 MANILA, (PIA) -- President Ferdinand "Bongbong" Marcos Jr. is now back in Manila, after a six-day working visit to the United States.

The President arrived at around 6:30 this morning at the Ninoy Aquino International Airport Terminal 2 in Pasay City.

In his arrival speech, President Marcos reported on his activities during his visit to America, which he started by meeting with the Filipino community in New Jersey.

"First activity upon arriving in the United States was to meet with the Filipino Community. Their smiles, their songs, and their dancing took away the weariness of a 16-hour flight from Manila," Pres. Marcos said.

"I thanked our kababayans, including those who came all the way from Canada and Florida, for the work that they do, and their contributions to to their communities in the Philippines and the United States," he added.

According to the Chief Executive, the main event of his visit to America was personally delivering the Philippines' national statement at the 77th United Nations General Assembly (UNGA) in New York City, where he discussed several global issues such as climate change, rising food prices and international disputes.

"I addressed global issues that require a united global action such as climate change, rising food prices, rapid technological change, the peaceful resolution of international disputes, the need to protect the vulnerable sectors of our society such as migrants, and ending all forms of prejudice,” Pres. Marcos said.

He also invited UN Secretary General Antonio Guterres to visit the Philippines during his UNGA engagement.

The leader also shared his administration's priorities and plans.

"I also shared our experience in the BARMM peace process, boosting agricultural productivity and promoting human rights through the UN Joint Program on Human Rights. And I reiterated the Philippines' belief in the primacy of the rule of law as embodied by the UN Convention on the Law of the Sea or UNCLOS," he said.

"I met also with a number of business leaders from different US companies during the week. And all of them committed to be a part of our development and economic growth. Together, we will be addressing some of our key economic challenges particularly again climate change, food security, energy security, to name but a few," he added.

He said there will be "good news" to share in the next few months, particularly in terms of the American industry leaders' plans to expand and further broaden their investment footprint in the Philippines.

"Our discussion with the US business community affirms that optimism with which international investors view the Philippines today," he added. (PIA-NCR)