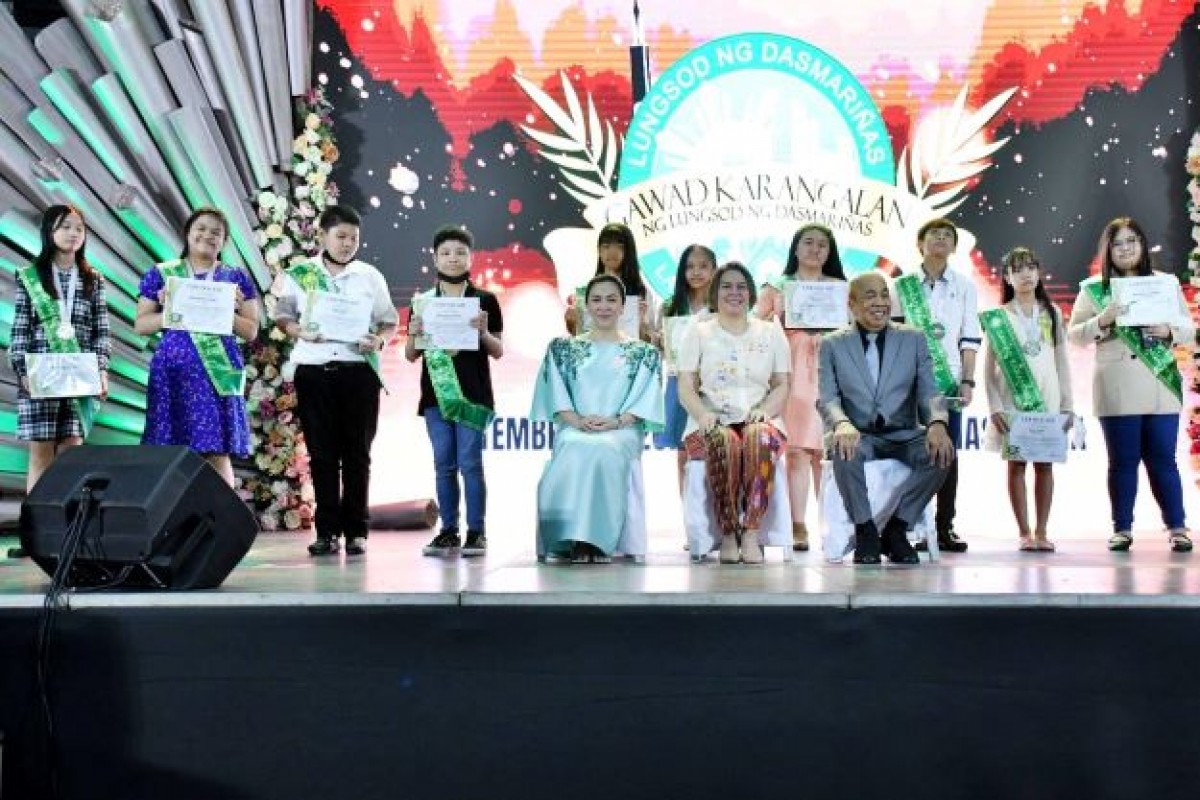 The annual event aims to promote the importance of achieving academic excellence among the students through recognition of their commendable scholastic performance.

The first part of the program gave recognition to awardees from the Elementary and Secondary levels who were able to graduate despite the challenges brought by the pandemic.

Tertiary graduates with honors, board and bar passers, and those who completed masters and doctorate degrees were honored in the latter part of the program.

City Schools Division Superintendent Mr. Raymundo M. Cantonjos served as the guest speaker in the afternoon event who was really proud of the achievements of Dasmarineños.

The awardees received plaques, certificates of recognition, and cash incentives as reward for their hard work and dedication to achieve their goal for excellence.

Mayor Jenny Barzaga shared that the Gawad Karangalan was temporarily halted due to the COVID-19 pandemic and with better days coming, the city government will continue with the recognition once again.

She also wished that all awardees continue to inspire and serve as example to the youth for the next generation.