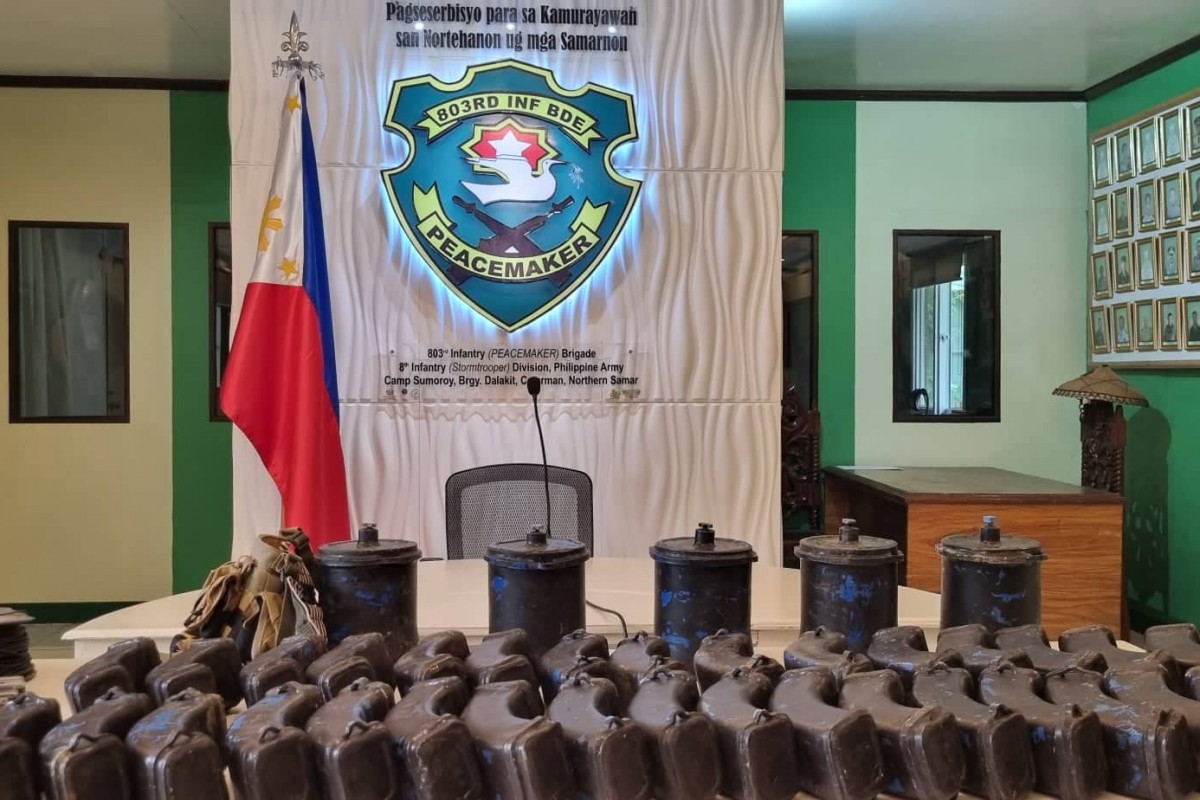 “This was the result of the continued efforts of the government forces in going into the remote barangays to conduct the Community Support Program and the pursuit operations where we used K9 trackers after a recent encounter in Silvino Lubos,” said Col. Perfecto Peñaredondo, commander of the 803rd Infantry Brigade.

Peñaredondo disclosed that the recovered explosives were locally manufactured.

“The 38 anti-personnel mines were all locally made and this proves that we have here local manufacturing of illegal explosives, with the perpetrators unmindful of the extreme damage it caused not only to the military but mostly to the civilians,” Peñaredondo said.

Peñaredondo also said the recovery manifested the reduced capability of CPP-NPA coupled with the resolve of some barangay officials, and some people in the community, to avert their support from the terrorists who extort them in many ways, adding that this was truly a victory of democracy.

He added that this was also the result of massive campaign “through the community support program as we need the help of the community in the barangays as we reiterated our respect to human rights and the rules of engagements.”

“We ask the community to keep us informed, to give us relevant information that will allow the full performance of our mission and ensure that threats to our national security and threat to our local peace and order will be addressed in the most legal, moral and ethical means,” the Philippine Army official said. (MMP/ADiaz/PIA-Northern Samar)