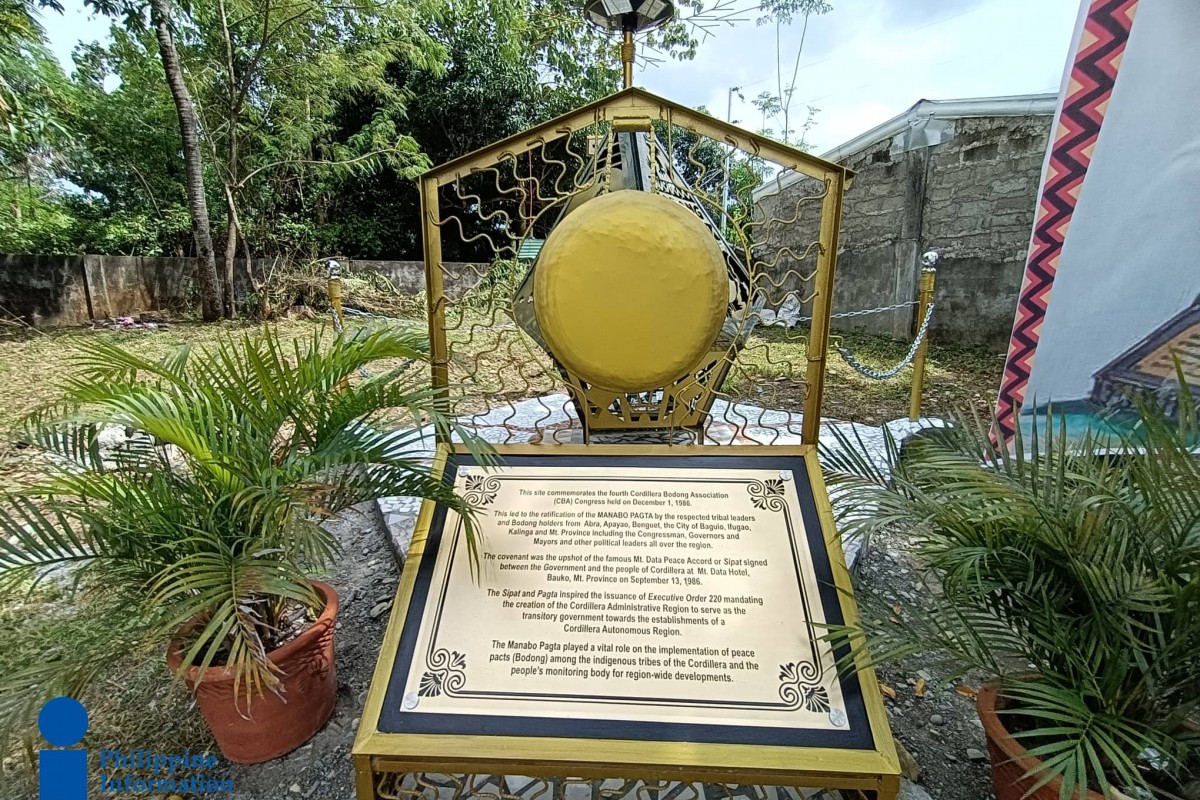 MANABO, Abra (PIA)-- There are now two   peace memorabilias in the Cordillera Region with the unveiling of the “Manabo Pagta” peace marker in this town   last September 28.

The Office of the Presidential Adviser on Peace, Reconciliation and Unity (OPAPRU)-Cordillera Regional Office, the Local Government Unit (LGU) of Manabo, leaders and members of the Cordillera Bodong Administration and Cordillera Peoples Liberation Army (CBA-CBLA) led the unveiling and presentation of the Manabo Peace Memorabilia on Wednesday at Manabo Pilot Elementary School.

This second peace marker installed in the Cordillera commemorates the 4th CBA Congress on December 1, 1986 that led to the ratification of the Manabo ‘Pagta’ or a peace covenant signed and honored by local tribal leaders, peace pact holders and local chief executives of the region.

OPAPRU Regional Consultant Thomas Killip lauded the activism of the sub-tribes here as well as the LGU which contributed to achieving just and lasting peace not just in CAR but across the nation.

For the LGU led by Mayor Darrel Domasing, the peace marker means more than just a structure. He expressed his delight since this peace marker is  in his town.

The first peace marker in CAR is   the Mt. Data Peace Sanctum Memorabilia that honors the 1986 Mt. Data Peace Accord or the ‘Sipat’ in Mountain Province which signified the cessation of hostilities in the Cordilleras.

Both the “Sipat” and “Pagta” inspired the issuance of Executive Order No. 220 mandating the creation of the Cordillera Administrative Region, which is a transitory movement towards the establishment of an autonomous region. (JDP/CAGT – PIA CAR, Abra) 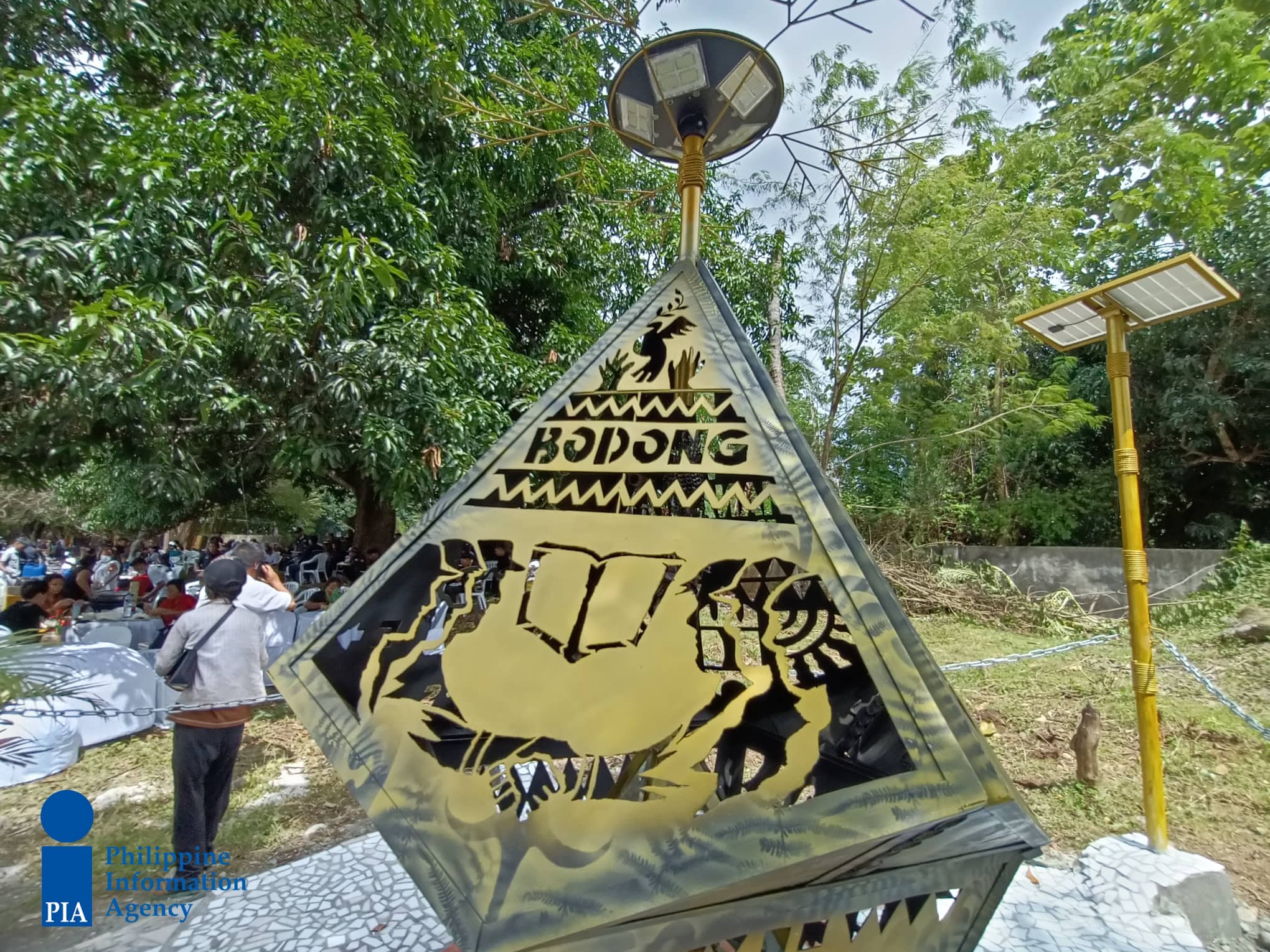 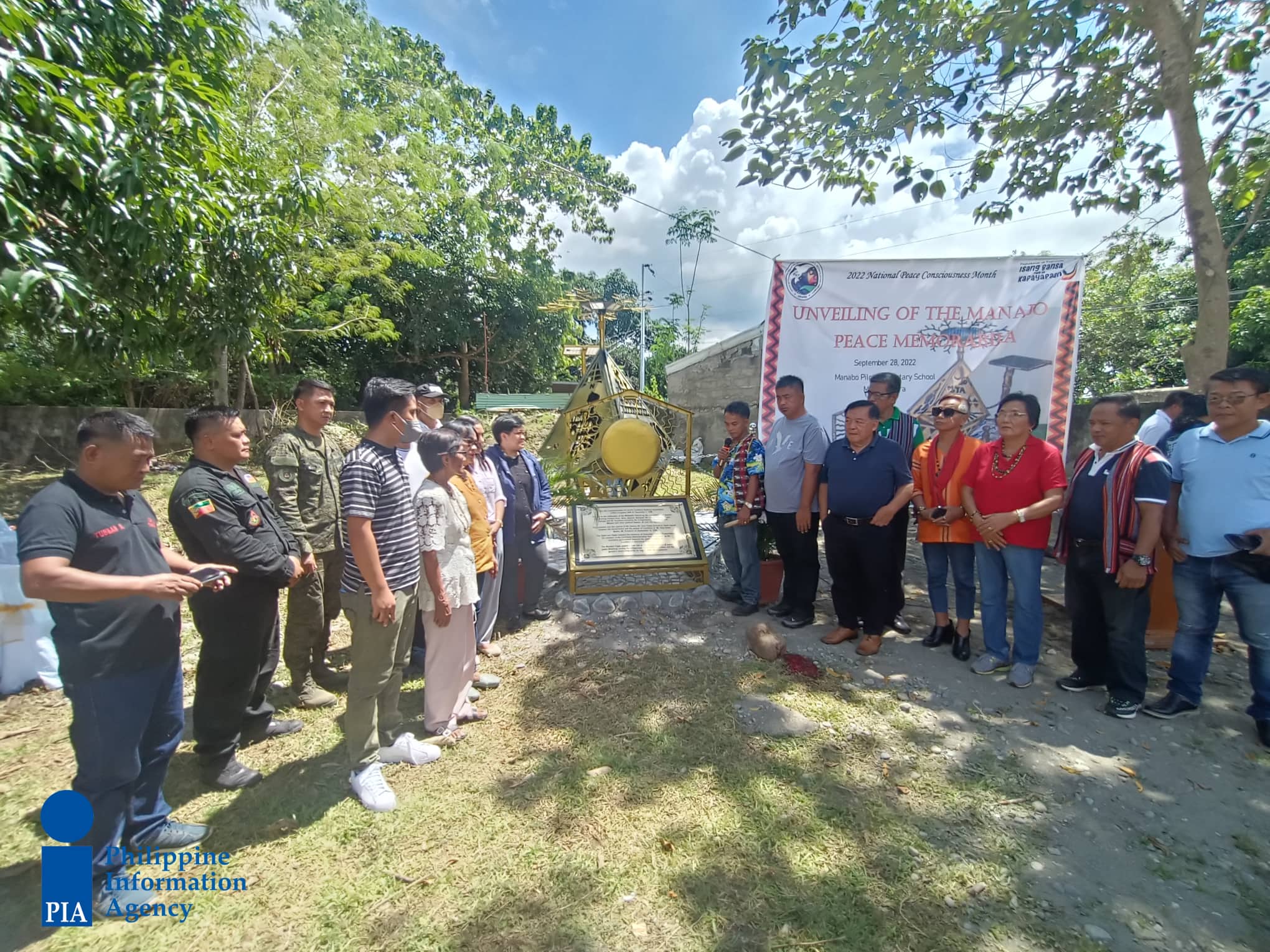