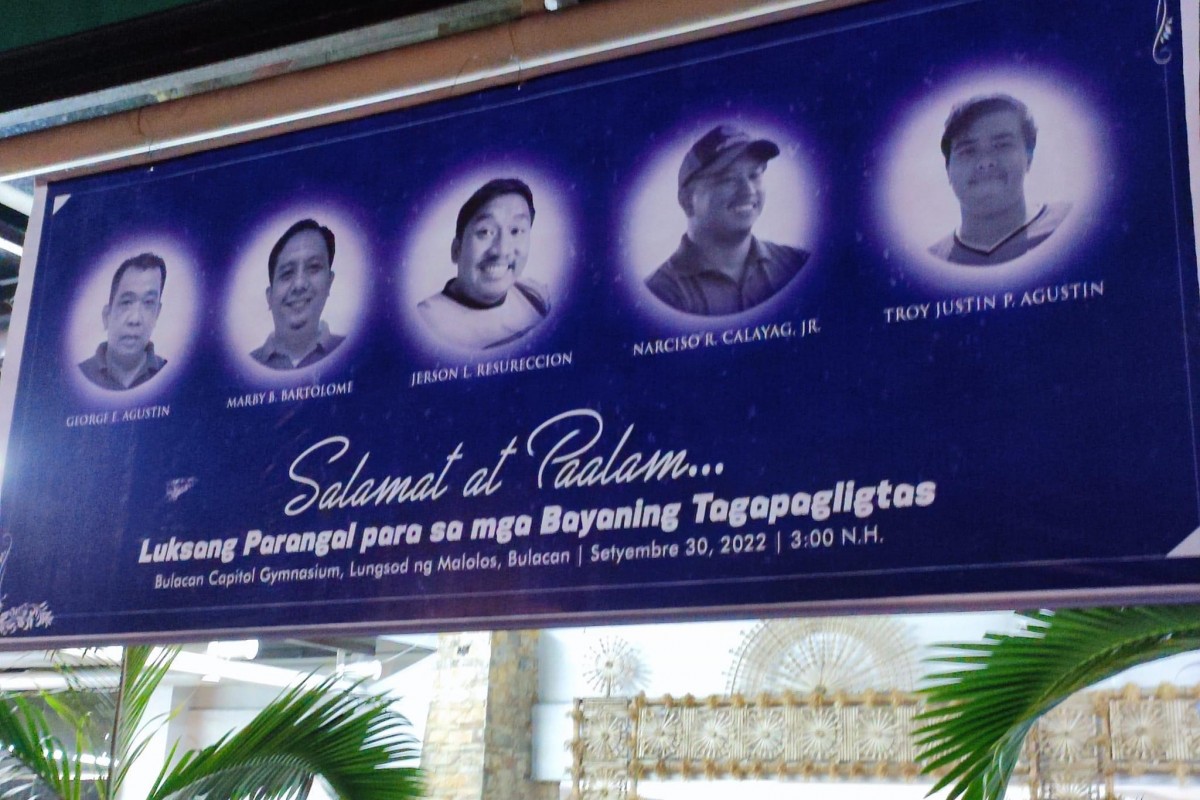 Ferrer, OCD Regional Director Cesar Idio and other officials handed the plaque, certificate, and cash assistance to the families of the fallen heroes.

Bakas Parangal ng Kagitingan is bestowed by NDRRMC to individuals who exhibited extraordinary acts of bravery by extending assistance to those in need in times of disaster beyond the call of duty.

Moreover, Bakas Parangal is a recognition of merit and token of thanksgiving bestowed by NDRRMC to individuals or groups who have exerted exemplary and extraordinary acts of selflessness in reaching out to those who are in urgent need of assistance in times of calamities and disasters. (CLJD/SFV-PIA 3) 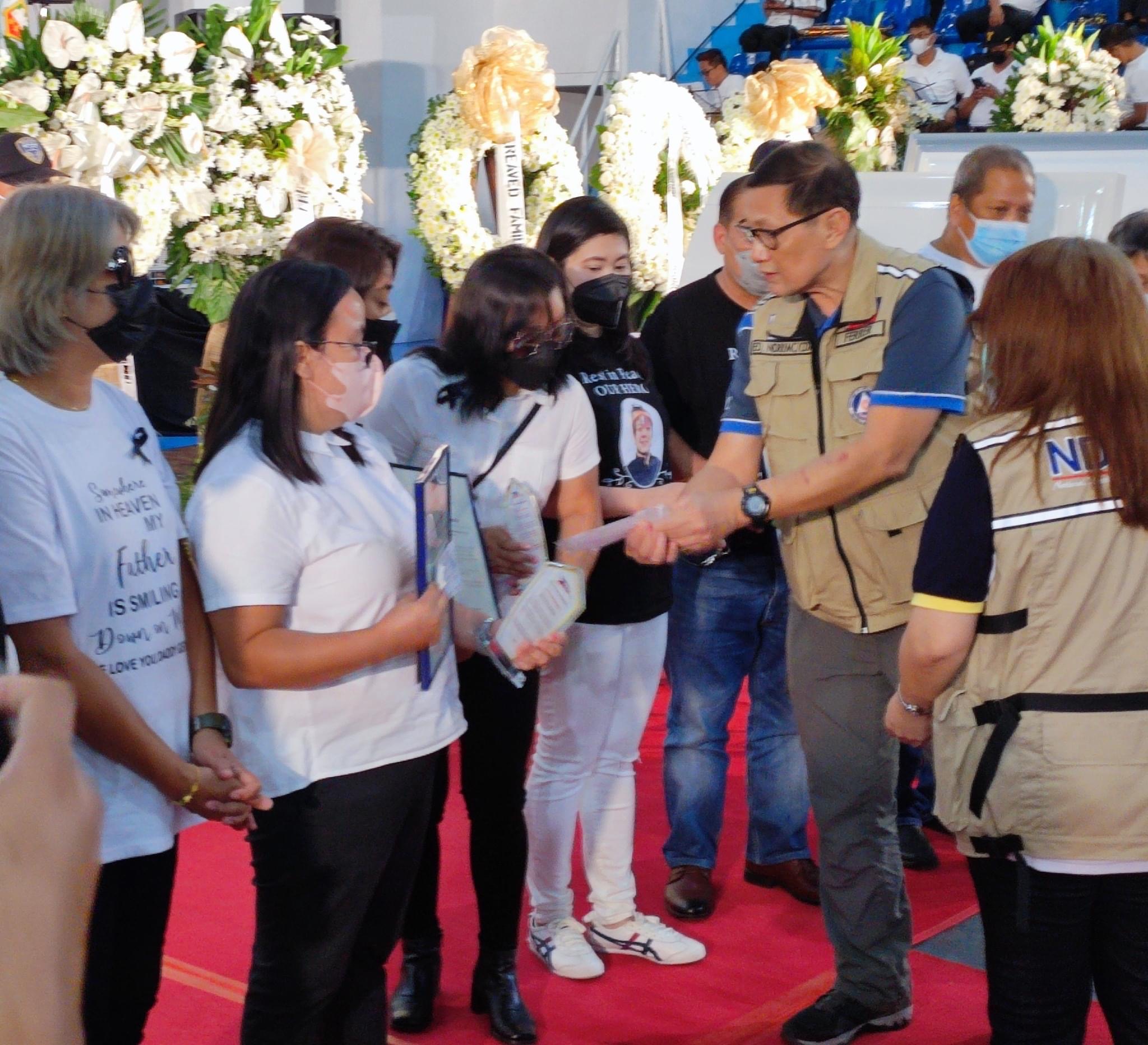 Office of Civil Defense Administrator Raymundo Ferrer leads the conferment of plaque, certificate, and cash assistance to the families of five rescuers of Bulacan Provincial Disaster Risk Reduction and Management Office who died in the line of service at the height of Super Typhoon Karding. 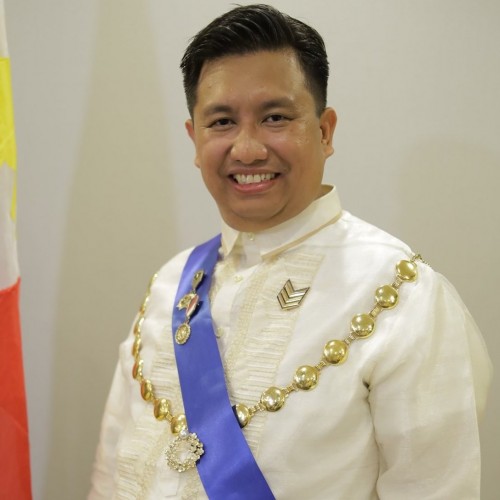