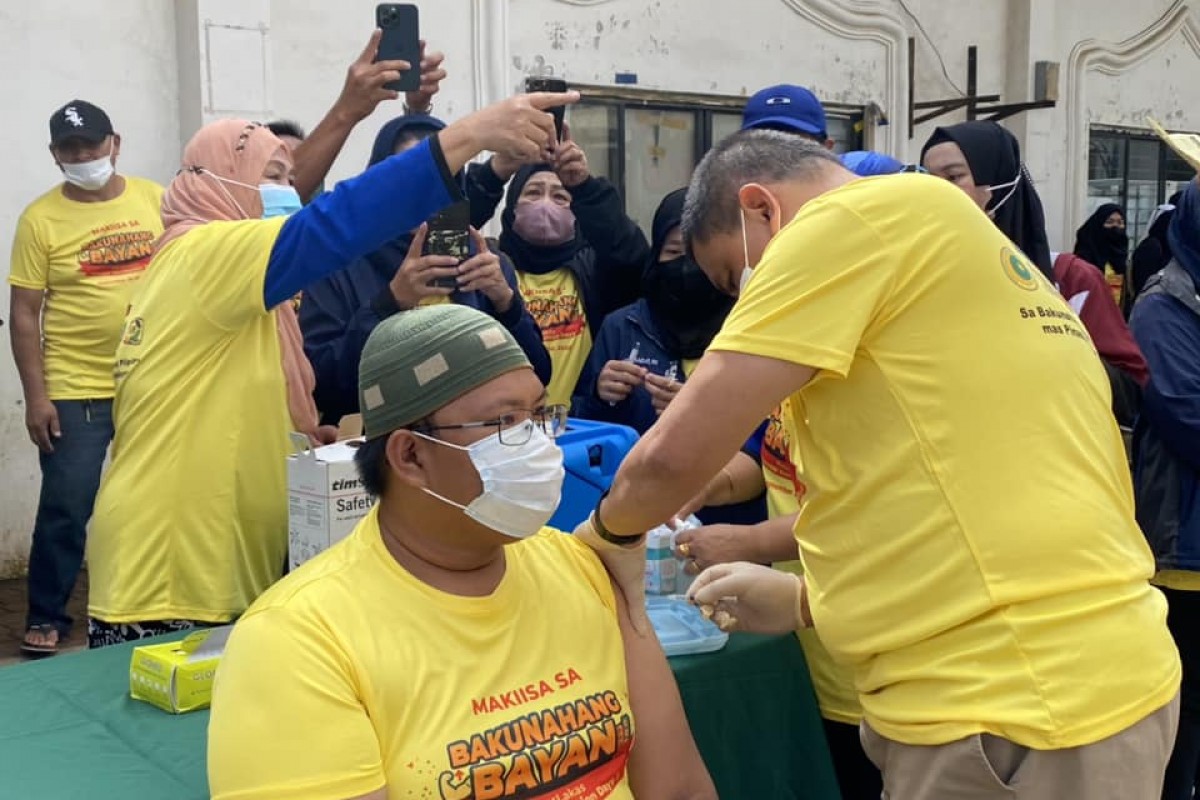 Integrated Provincial Health Office (IPHO) Chief Dr. Alinader Minalang bared that the vaccination turnout of the province, fortunately, spiked up after over three months of extensive efforts with 66.09% of the eligible population already fully immunized with primary doses.

He indicated that this was due to the help of partners from local government units (LGUs), government agencies such as the Ministry of Basic, Higher and Technical Education (MBHTE), and the security sector, as well as the non-government organizations (NGOs) here.

[We were able to increase this within three months because three months ago, we were only at 20% but because of the help of our stakeholders, all of them helped up until at the barangay level.]

The IPHO chief added that this could also be attributed to the initiated awareness drive wherein Muslim religious leaders were engaged to help in making the public better understand the essence of vaccination, especially in the context of Islam.

He further noted that while more than 65% of the target population here has already received their primary doses, the province, however, still struggles with the low vaccination rate for booster doses as only 10% received such.

[That is why we are strengthening our PinasLakas so that we can reach our target that we are desiring, especially during this first 100 days target of our national government.]

As per the September 26 record, 66.09% of the target population was already inoculated with full primary doses of COVID-19 vaccines while booster doses were administered to 10% of the eligible individuals. (CRG/PIA-10/Lanao del Sur)