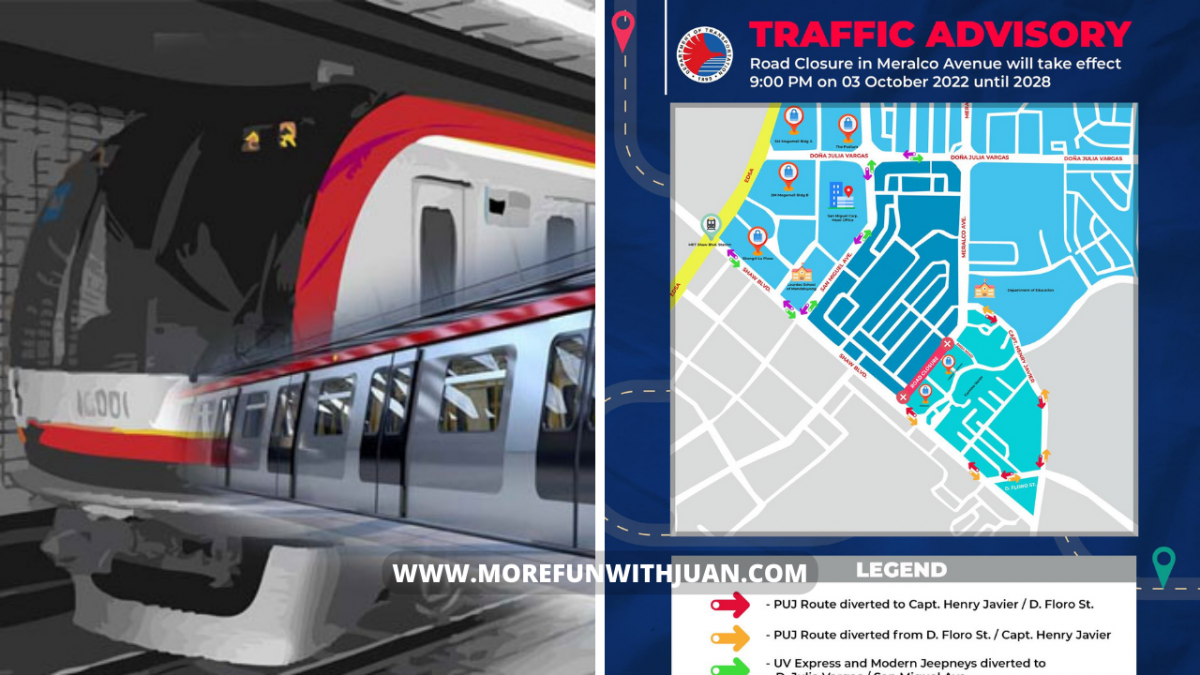 Earlier, the Department of Transportation (DOTr) announced the closure of a portion of Meralco Avenue in Pasig City starting October 3 at 9:00 p.m. until 2028 to give way to the Metro Manila Subway Project (MMSP).

“The road closure takes effect until 2028 and will cover the front section of Capitol Commons up to the corner of Shaw Boulevard,” said DOTr in an advisory.

“Meralco Avenue will serve as the project’s access point to the subway’s Shaw Boulevard Station,” it added.

The actual construction began in 2019 with site-clearing works at the Valenzuela Depot.

With a length of more than 33 kilometers, the MMSP has 17 stations with mainline starting from the East Valenzuela Station in Valenzuela City to Bicutan Station in Paranaque City and a branch line to Ninoy Aquino International Airport (NAIA) Terminal 3 station in Pasay City.

Once fully operational, the travel time from Quezon City to Parañaque or NAIA T3 will be reduced to only 35 minutes from one (1) hour and 30 minutes.

The MMSP is the first underground railway system in the country that will provide the most modern mass transportation in the National Capital Region (NCR). (PIA-NCR)