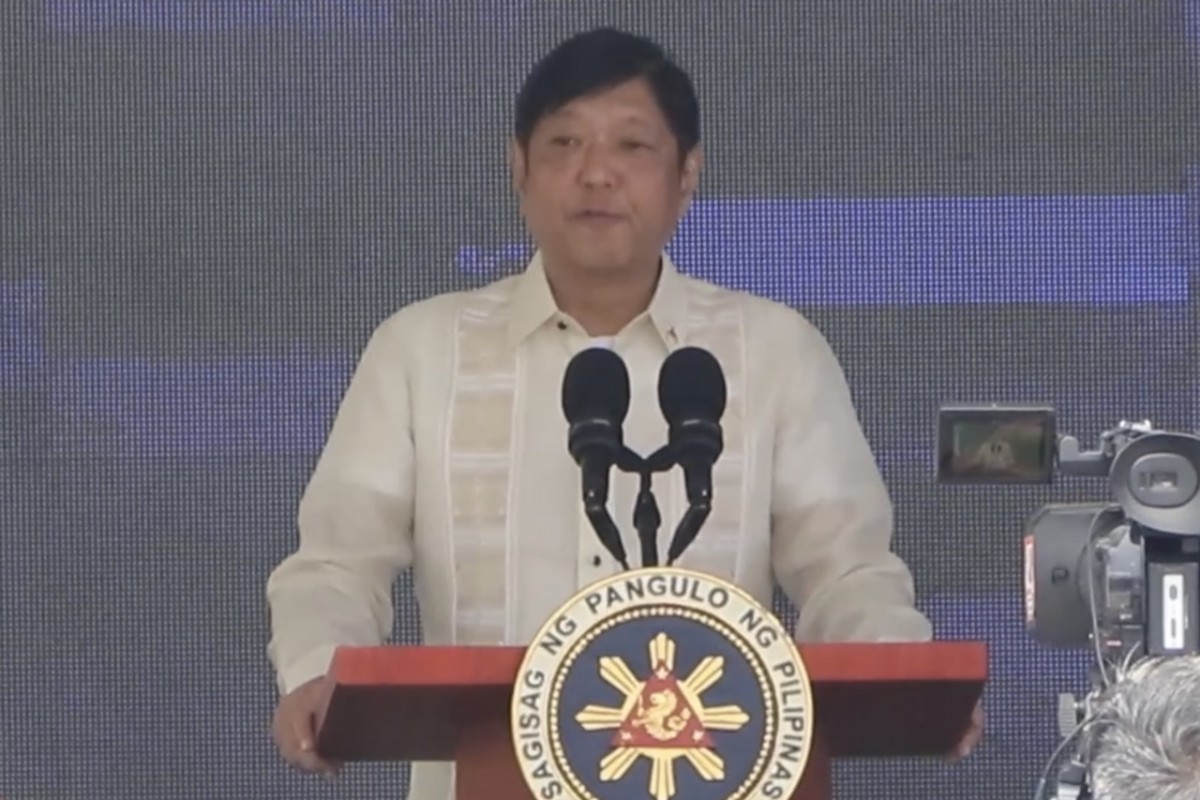 PALO, Leyte (PIA) -- While standing in one of the ground zeroes during an offensive battle 78 years ago, President Ferdinand Marcos Jr. vowed to ensure that peace, the kind the living enjoys, will last for the benefit of all, friends and foes alike.

“We commemorate this event, but let us remember the courage and heroism demonstrated by our war veterans, fellow Filipinos, allied forces, and for that matter, even the Japanese forces, who offered their lives in a quest to attain peace and freedom that we now enjoy,” President Marcos thundered at MacArthur Park in this progressive municipality.

Speaking as guest of honor and speaker in refreshing a beach landing that later led to the fiercest naval battle in history, Marcos wanted to keep those moments alive for it showed the best of what Filipinos as a people can do.

“For as we commemorate on this hallowed ground, sanctified by the blood, the life, and the sacrifices of our brave veterans, we cannot allow our memories to lapse.  We must always remember that this was the best of Filipinos,” Marcos stressed, apparently referring to discreet spying of the Filipino guerillas that contributed largely to the success of the allied invasion.

“We can never truly repay the price they paid for their gifts of peace and freedom.  But we can honor their heroism and their memory by continuing the great work that they had begun,” he added.

Overcast skies threatened to spoil the commemoration, and a slight downpour did start to shower before the president arrived.

But by 9 o’clock in the morning, the rain stopped as the presidential convoy came in, and it did not drizzle again until the ceremonies were over, the subdued sun piercing through thin clouds yet still shining.

Palo Mayor Matin Petilla cited the president’s physical presence as adding significance to the occasion, the first face-to-face commemoration after two years because of the pandemic.

In his speech, which lasted for approximately 10 minutes, Marcos talked about the seeds of peace planted during those times that blossomed into deep, abiding, and fruitful friendships.

“It is truly heartwarming to see the tides turning for the better since that fateful day with foes becoming friends and friends becoming even closer -- all striving to attain peace and harmony in the global community,” the chief executive said.

He spoke about horrors and bloodshed as the worst result mankind brought to the shores of the land, and yet by “now we revisit these sands and wash them anew with the goodness that we know we are all capable” of doing.

“And World War II has taught us certain things, one of them is that we can achieve great feats and avoid even greater suffering if only we open our hearts and minds to listen and to talk, so that we can cooperate with each other for the welfare of all,” Marcos remarked.

“So, with compassion in our hearts,” he added, “and the well-being of all mankind foremost in our minds, let us work together to return the world to its best form and ensure that peace will last for generations to come.”  (LDL/MMP/PIA Leyte)