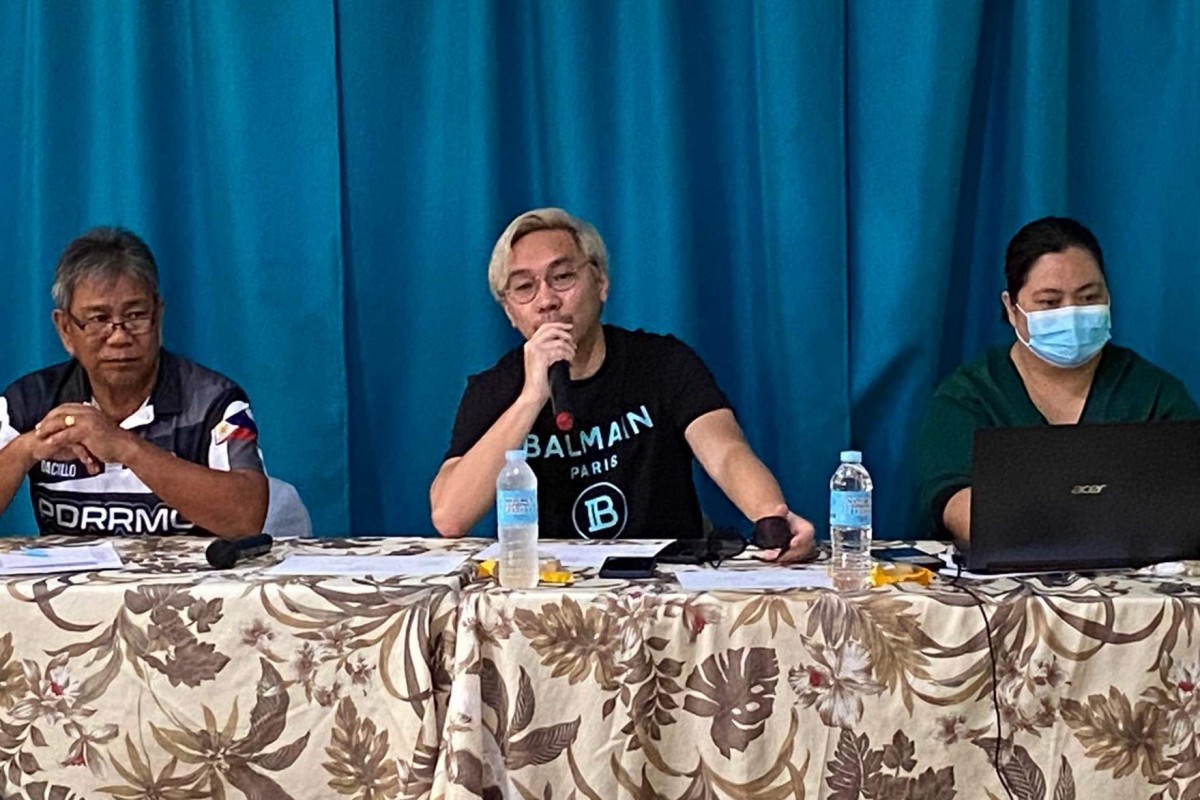 NAVAL, Biliran (PIA) -- The Provincial Disaster Risk Reduction and Management Council (PDRRMC) of Biliran has convened for a meeting on Monday, October 24, and laid out plans as Tropical Depression Paeng is expected to hit the Eastern Visayas region this week.

Based on the latest PAGASA Visayas weather forecast issued early morning of October 26, the Low Pressure Area (LPA) was estimated based on all available data at 1,010 kilometers East of Eastern Visayas.

Biliran Governor Gerard Roger M. Espina, as PDRRMC chairperson together with the members of the PDRRMC, has planned out concrete actions as a proactive measure in response to TD Paeng.

Nanette Lucente Narrido of the National Food Authority informed that the NFA warehouse in the province has an available 750 bags of rice. She said NFA has requested some 2,000 additional bags of rice ready for the weather disturbance.

Engr. Marcos Bornillo, representative of the Department of Public Works and Highways, reported that they already prepositioned their equipment and personnel in response to the weather disturbance.

General Manager Gerardo N. Oledan of the Biliran Electric Cooperative reported that their crew assigned in the three areas in the province are ready for deployment in response to the weather disturbance. Oledan assured that their personnel are ready to restore connections in case of damaged electrical lines.

Dr. Joyce Pla Caneja, Biliran Provincial Hospital chief, said that a sea ambulance will be on standby which will ferry BPH patients for immediate referral to hospitals in Tacloban City or Ormoc City including dialysis patients in case roads will become impassable due to landslides as a result of the bad weather.

BILECO General Manager Oledan also suggested during the PDRRMC meeting to create a Messenger Group Chat for the PDRRMC members for a faster and timely information dissemination on updates and for quick response to situations that need immediate action from concerned member agencies.

For his part, Governor Espina recommended to the Department of Public Works and Highways to fast-track the construction of the Naval side approach of the Caray-Caray Bridge after a PDRRMC member suggested to temporarily use the said bridge for the pedestrian only if the Caray-Caray detour bridge will overflow as a result of forecasted weather disturbance.

He also informed that the radio repeater equipment of the provincial government in Villaconsuelo, Naval is already operational and is currently used by the Bureau of Fire Protection, Biliran Provincial Hospital, and the Provincial Disaster Risk Reduction and Management Office.

He also requested the MLGUs to have an inventory of handheld radios of their barangays for reporting and communication purposes especially in times of weather disturbance. (MMP/RSV/PIA Biliran)