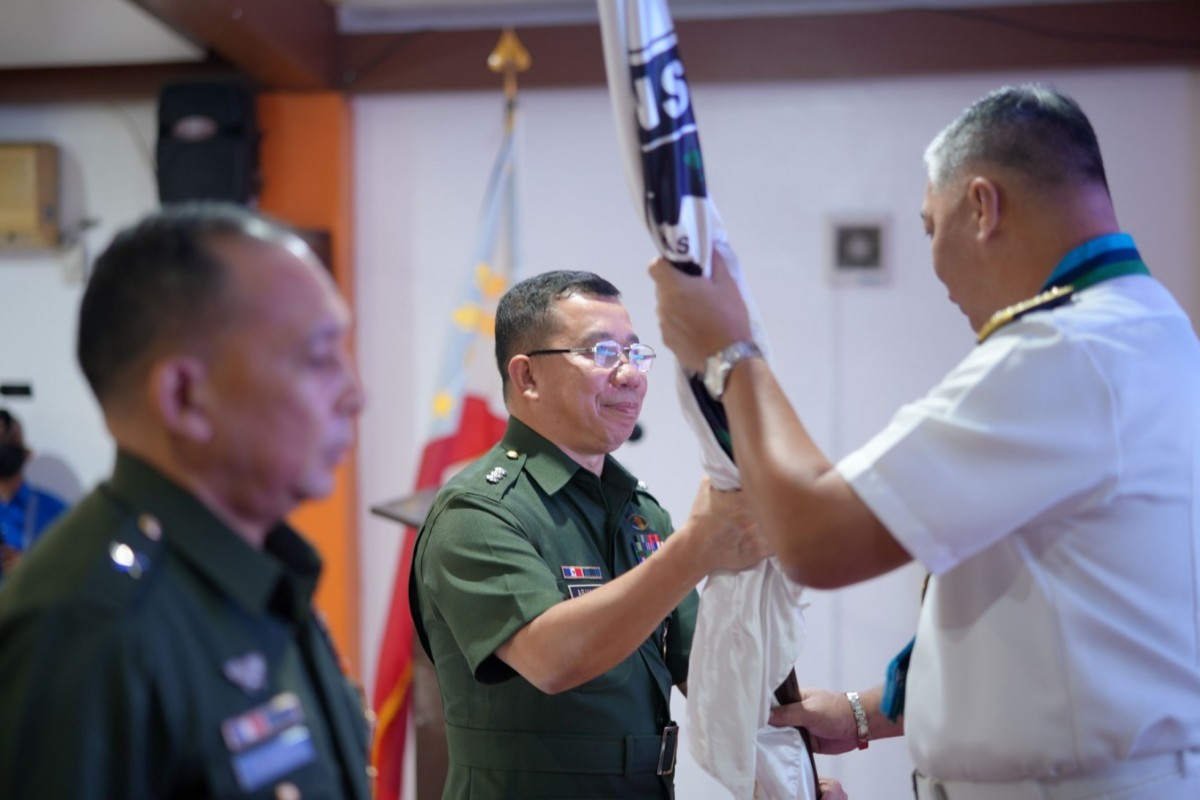 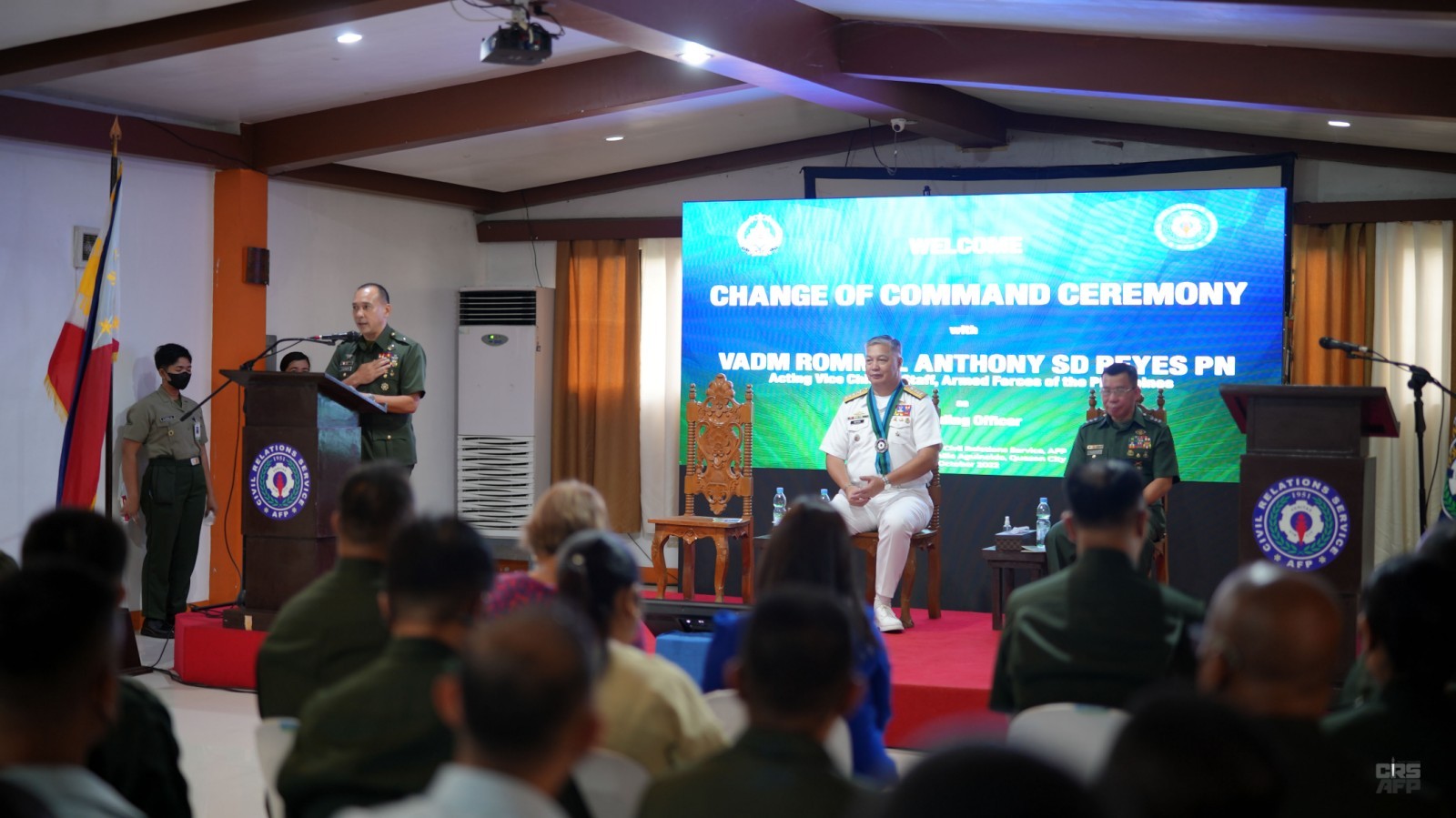 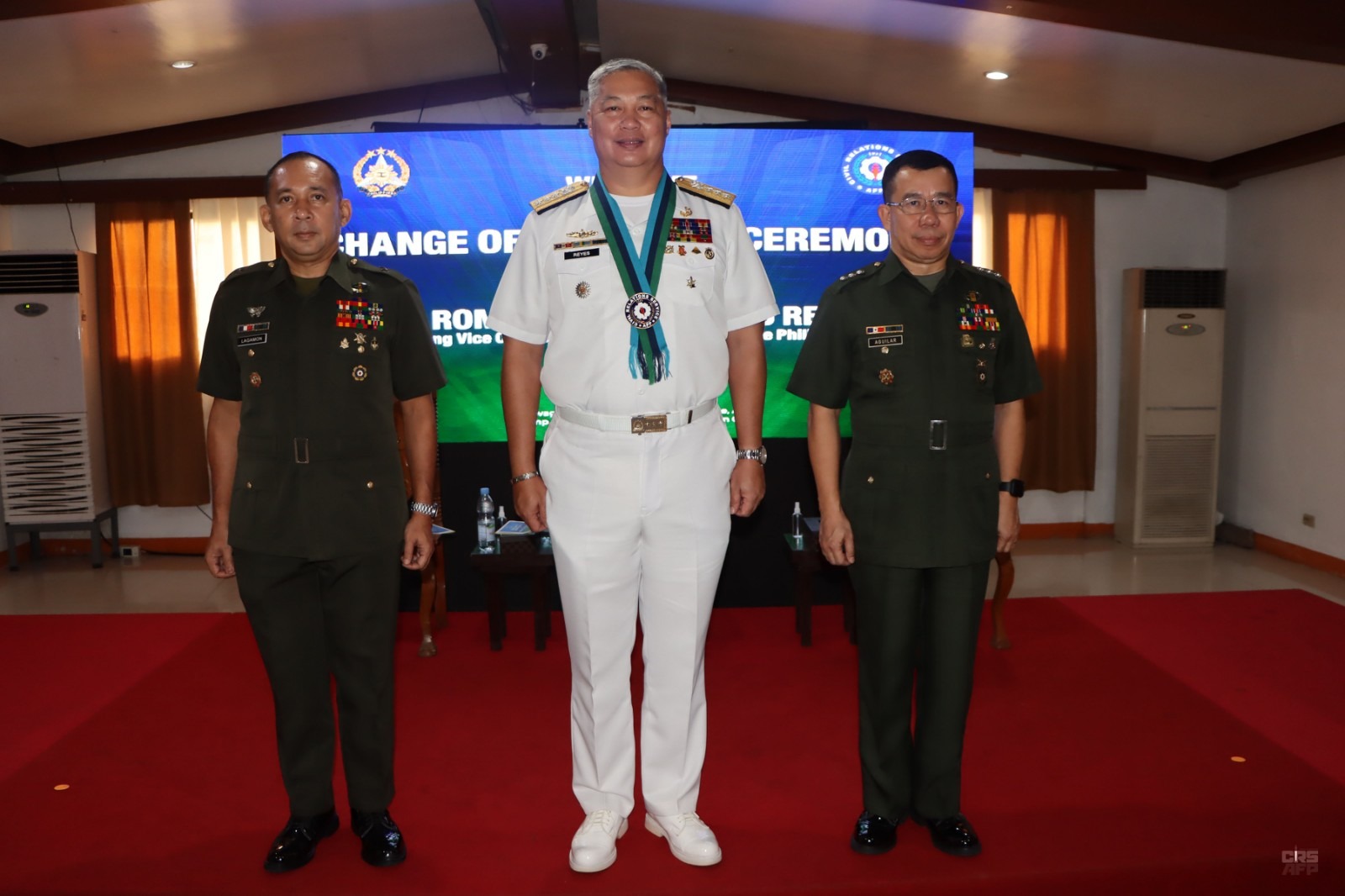 In his speech, BGen Lagamon assured that he will continue to be the voice of the AFP and people's partner not only in fighting the insurgency but also in defending the country.

"I will take comfort on the fact that that the CRSAFP is composed of highly professional, highly dedicated and talented officers and personnel. As we pursue our mandate as a unit, we will build upon the efforts and the accomplishments of my predecessors. We will anchor our campaign in the president's call for peace and unity and in the command guidance of our Chief of Staff," he added.

He also said that he will tell the stories of the former rebels and the good deeds of the AFP to them to elevate their situation.

"I am very confident that with your support, we will succeed. We can make a difference. Puso lang ang kailangan natin in this line of work," BGen Lagamon said.

On the other hand, Vice Admiral Reyes expressed his gratitude to Col Aguilar for his leadership, dedication and service and he encouraged the CRSAFP personnel to show to the new leader the same trust and support that they have given to the past commanders.