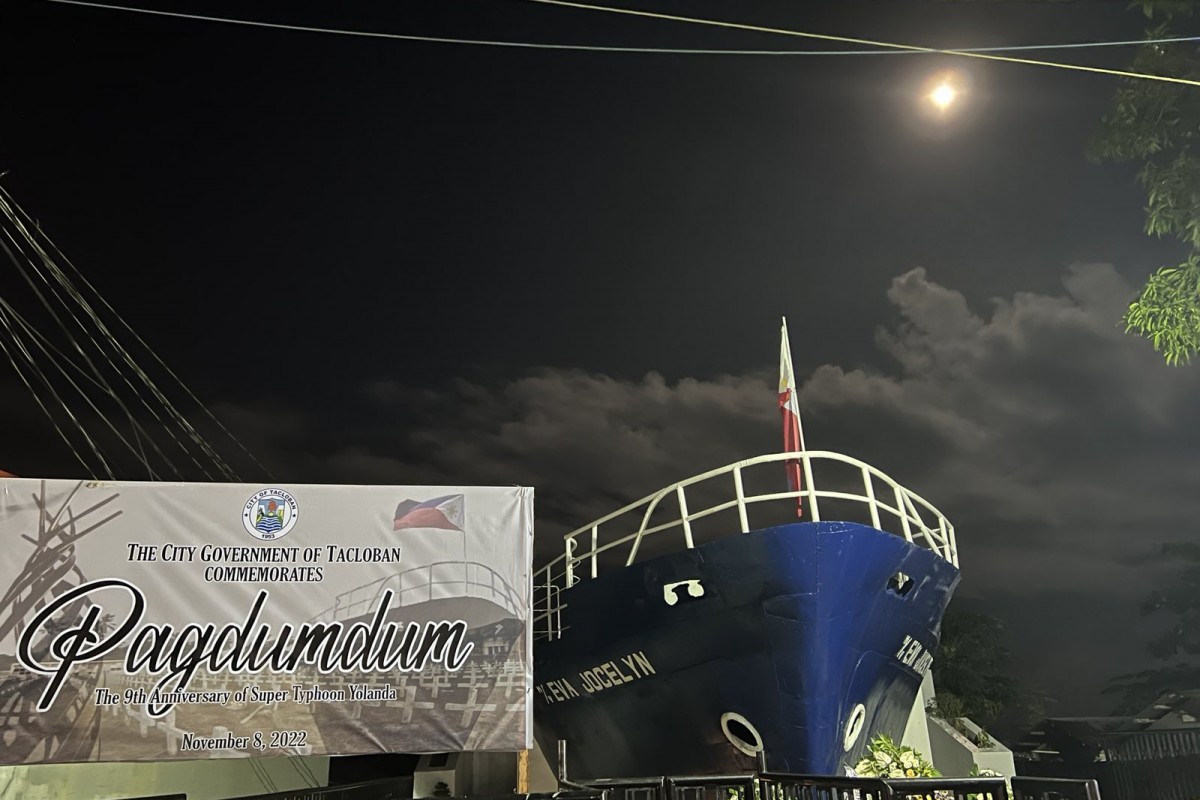 TACLOBAN CITY (PIA) -- President Ferdinand Romualdez Marcos Jr. is scheduled to return to this city, this time to join in a commemorative ceremony with families of those left behind by a devastating storm codenamed Yolanda that happened in November 8, 2013.

In the third week of October, the president graced the historic lighting of the San Juanico Bridge and the 78th anniversary of the Leyte Gulf Landings.

On Tuesday, Nov. 8, Pres. Marcos will be among those who will offer a wreath of flowers and witness the blessing of the mass grave site at the Holy Cross Memorial Gardens, the burial ground of the Yolanda victims in the city.

Organizers of the event, called “Pagdumdum,” wanted this year’s 9th year remembrance as memorable but solemn, and simple, to emphasize more on the spiritual aspect of the anniversary, said Malou Tabao, head of the City Tourism Office.

“Each family has their own way of commemorating, of remembering their loved ones,” said Tabao in an interview with PIA on Sunday.

A Holy Mass was celebrated today, November 7, at the shipwreck memorial in Brgy. 68, Anibong, while another Mass will be offered on November 8 at the Holy Cross Memorial Gardens.

“The presence of the surviving families in these Eucharistic celebrations are important,” Tabao pointed out, “even if they have their own private way of refreshing those sad moments in their lives.”

Tabao quoted Mayor Alfred Romualdez as saying that barangays in the city proper are encouraged to line the sides of major streets in the city with candles by nightfall of November 8, a usual sight in every commemoration.

“By 6 p.m., there will be simultaneous ringing of church bells – a signal to start the candlelight memorial,” Tabao further said.

Meanwhile, over 200 cyclists participated in a bicycle advocacy commemorative ride over the weekend, the Pedal for People and Planet, as part of the Yolanda-related activities initiated by Firefly Brigade Inc. and other non-government organizations in partnership with the City Government of Tacloban, LGU Palo, the Provincial Government of Leyte, among others.

Also, over the weekend, a number of big bike enthusiasts held a resilience drive as a tribute to fallen heroes and responders during the super typhoon organized by the Regional Disaster Risk Reduction and Management Council (RDRRMC) through the Office of Civil Defense 8. (LDL/MMP/PIA-8)