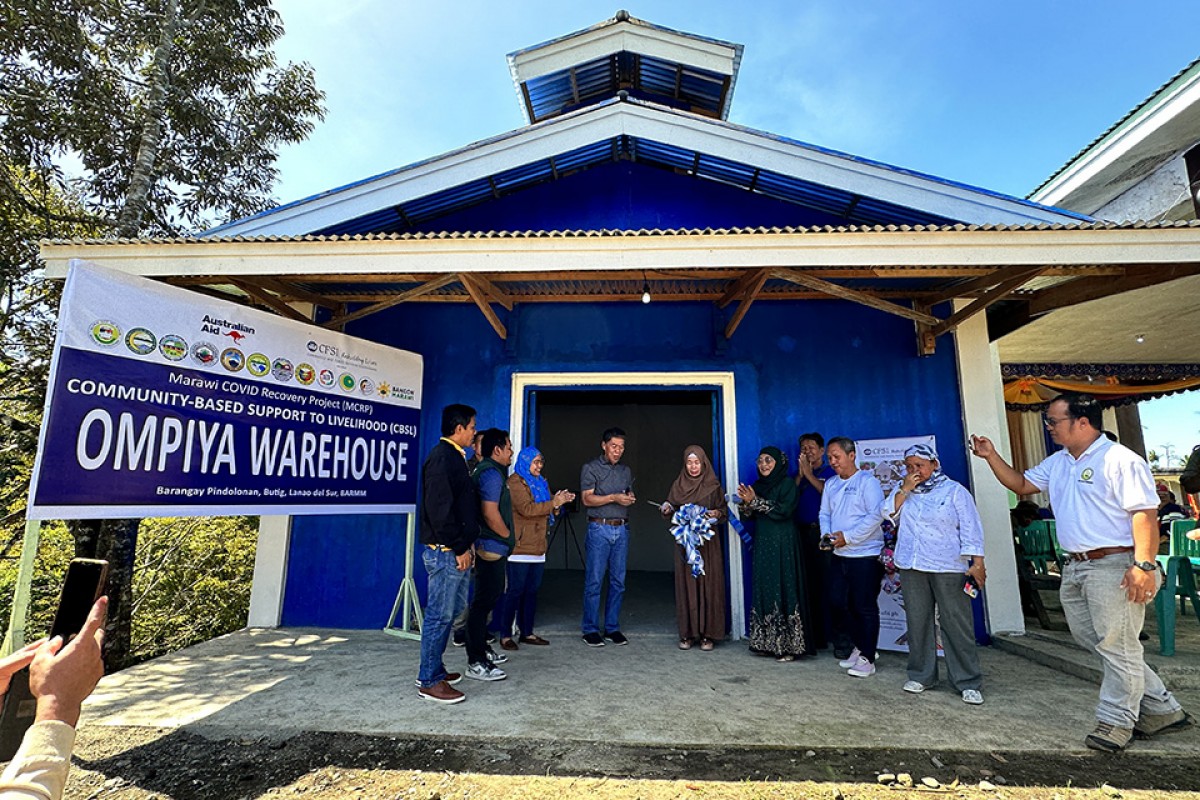 The projects were turned over by CFSI to the recipient barangays in a simple ceremony held Tuesday, Nov. 15, in Barangay Pindolonan. The ceremony was witnessed by Butig mayor Dimnatang Pansar and the Project Steering Committee of each barangay.

The CBSL projects were implemented under the Marawi Covid Recovery Project (MCRP) of CFSI which aims to promote the protection, psychosocial, and economic recovery of at least 4,000 families or 20,000 individuals in Marawi City and six other municipalities in Lanao del Sur from the impact of displacement and the Covid-19 pandemic.

CBSL projects have previously been turned over to target barangays in the municipalities of Lumbayanague, Marantao, and Piagapo.

MCRP Project Coordinator Farida Mangcaan said they identified Butig as one of the target municipalities for the project since it is one of the areas in Lanao del Sur that was affected by protracted displacement.

"It is where usually the armed conflict is being ignited and, most significantly, a lot of people have been displaced in Butig. With that nadidiminish yung mga investments towards human development and economic development," she said

She said that her organization which focuses on peacebuilding has been aiding the municipality as part of its humanitarian response and protection works.

[At the same time, helping the government to bounce back together with the people themselves to restore their dignity, to restore their self-help initiatives so that they can recover from the impact of protracted prolonged displacement.]

Butig Mayor Dimnatang Pansar expressed gratitude to CFSI and DFAT Australia for the projects implemented in his municipality saying that these projects address the specific needs of the target community.

He also recognized the efforts and contribution of the four barangay local government units in the successful completion of the projects.

The mayor further disclosed that there are also infrastructure projects being undertaken by the municipal government to complement projects coming from the BARMM government, the provincial government of Lanao del Sur, and non-government organizations like CFSI. Among these are several road projects that will enhance transport accessibility leading to more opportunities and better lives for Butig residents.

Pansar is optimistic that through continuing efforts of the government and non-government organizations, the municipality will soon become prosperous contrary to its image of being a poor and dangerous place. 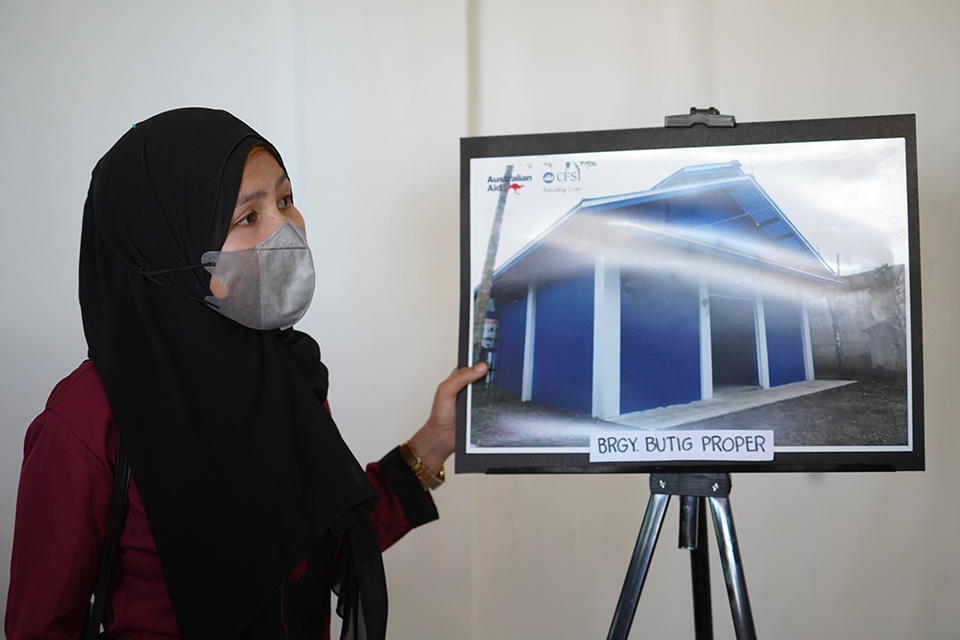 A representative n from Barangay Butig Proper shares why they chose a warehouse project for their community and how the warehouse can benefit village residents. (Jason Casas/PIA-10/Lanao del Sur)