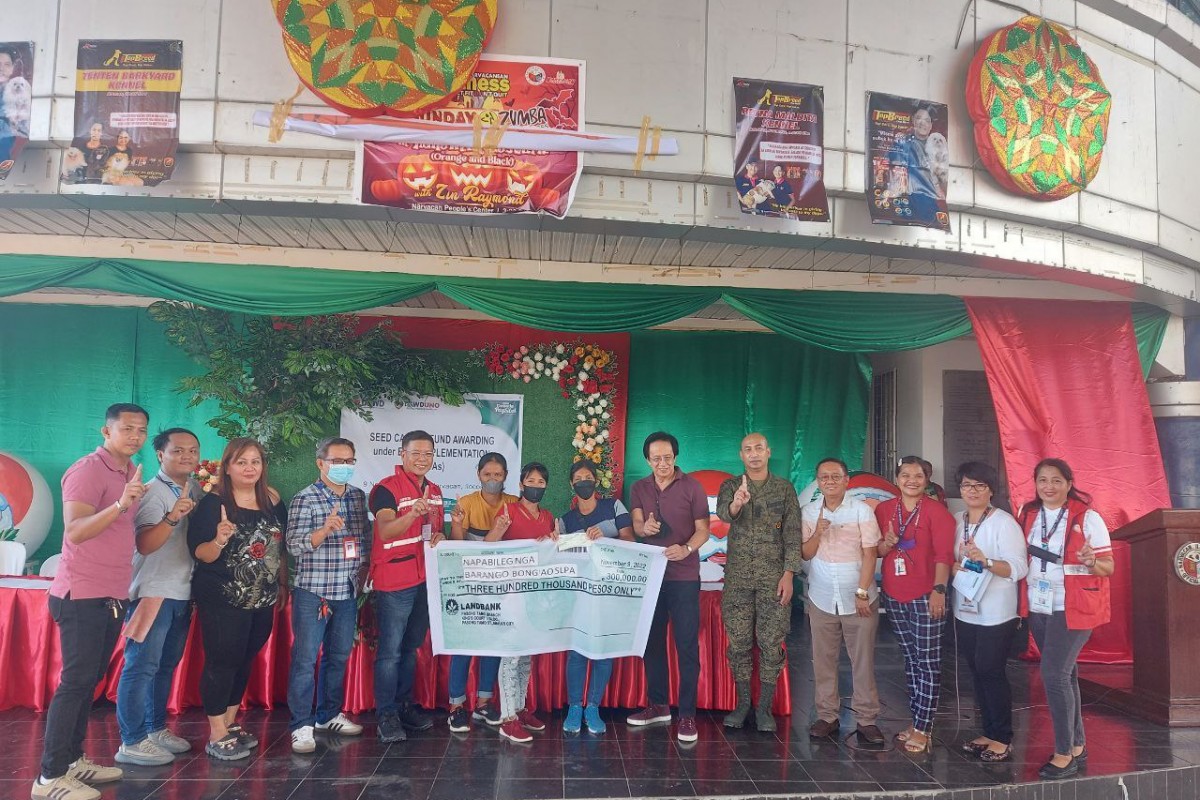 VIGAN CITY (PIA) – The Department of Social Welfare and Development (DSWD) recently provided livelihood assistance to 10 newly-organized associations from communities in Ilocos Sur which were declared cleared of the influence of Communist Terrorist Groups (CTGs).

Through its Sustainable Livelihood Program (SLP), each association received P300,000 cash assistance as start-up capital for their chosen livelihood project.

The DSWD, Philippine Army, provincial government and the local government units worked together to conduct the activity as members of the Poverty Reduction, Livelihood and Employment Cluster (PRLEC) of the National Task Force to End Local Communist Armed Conflict (NTF-ELCAC), which aims to provide access to economic and livelihood opportunities among individuals or communities affected by CTGs.

Josephine Cortel, president of Rang-ay Lanipao SLP association, expressed her gratitude to the DSWD, provincial government and the Army for their concerted efforts in order to empower the community through livelihood assistance.

With the evident whole-of-nation approach of the government agencies and offices, Governor Jeremias Singson expressed his sincere gratitude to the DSWD, Army’s 71st Infantry Battalion and other government agencies for the continuous delivery of government services to former CTG-affected barangays.

Said recipients are from nine barangays in the municipalities of Salcedo, Santa Lucia, Nagbukel, Narvacan and Santa Maria, which were recommended by the Army through its successful deployment of Community Support Program (CSP) teams. (JCR/AMB/JMCQ, PIA Ilocos Sur)