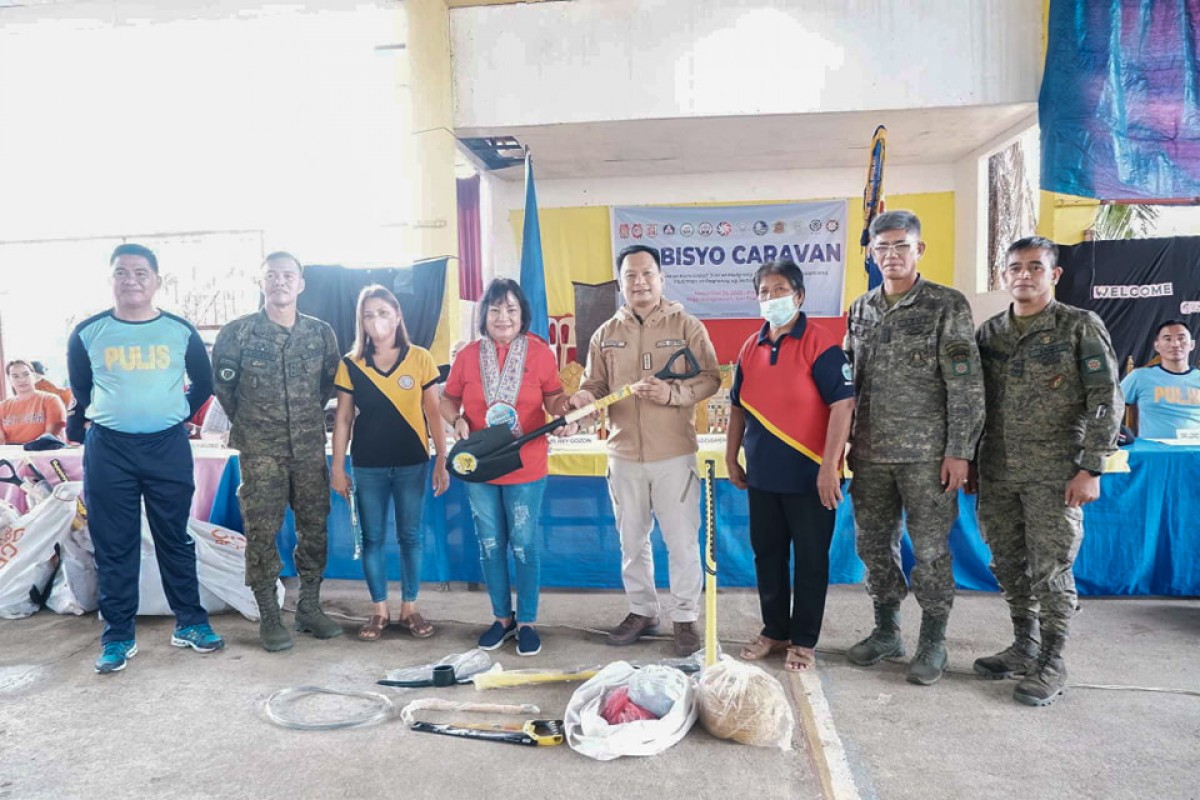 MAASIN CITY (PIA) -- Residents in two barangays in this municipality on Friday, November 18, enjoyed free services from various participating government agencies led by the Office of Civil Defense 8, together with other partners through a Serbisyo Caravan.

With the theme, “Panaghiusa sa Kumonidad:  Susi sa Malig-ong Pagpakigbatok sa Kalamidad, Inubanan sa Paghatag og Serbisyong Dekalidad,” the Serbisyo Caravan aims to bring the government closer to the people for the attainment of inclusive and sustainable peace in the region, held at the covered court of Brgy. Bongawisan where beneficiaries included those coming from Brgy. Napantao, both in San Francisco town.

Among the services and assistance provided to the residents of the two barangays include free medical check-ups, haircut, cash assistance, distribution of hygiene kits, family food packs, medicines, malong or blankets, farm tools, and vegetable seeds, while the 802nd Infantry Brigade distributed books through their Peacebook Program for the learners of Bongawisan and Napantao elementary schools. 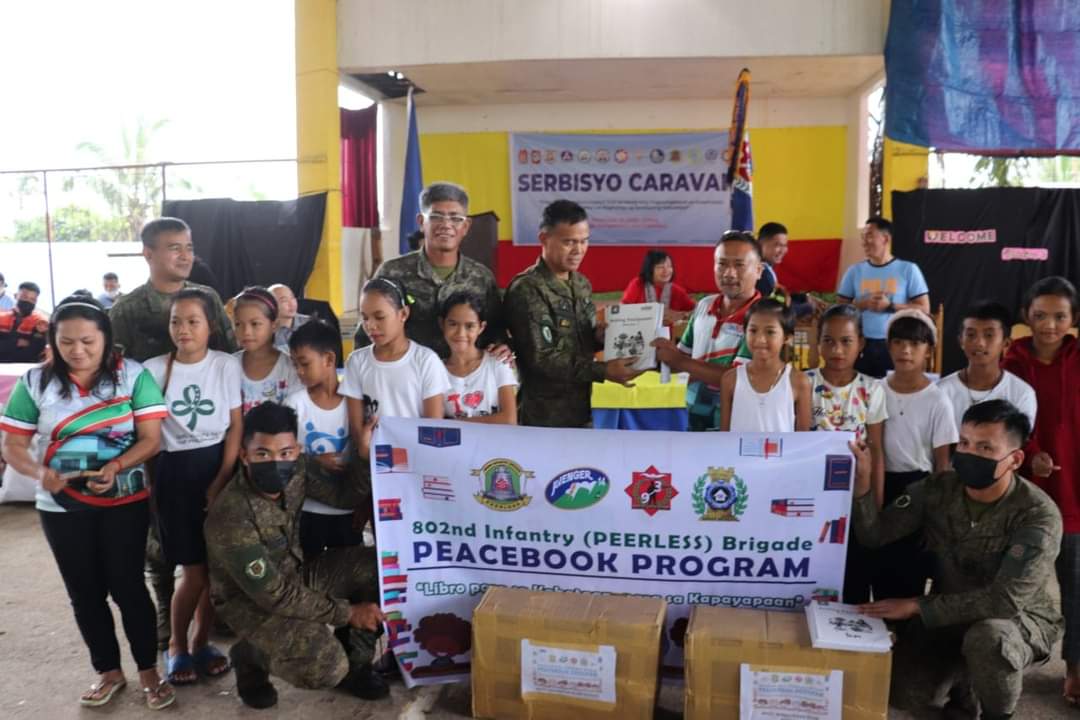 An orientation on the evils perpetrated by the communist terrorist group CPP-NPA-NDF was discussed by personnel from the National Intelligence Coordinating Agency 8, the cluster lead of the RTF8 ELCAC-Situational Awareness and Knowledge Management, so the barangay folks can be forewarned.

The Serbisyo Caravan has been a regular feature in the whole-of-nation approach to end local communist armed conflict (ELCAC) program of the government from the national down to regional, provincial, city/municipal, and barangay levels. (LDL/MMP with reports from OCD-8 and 8ID, PA) 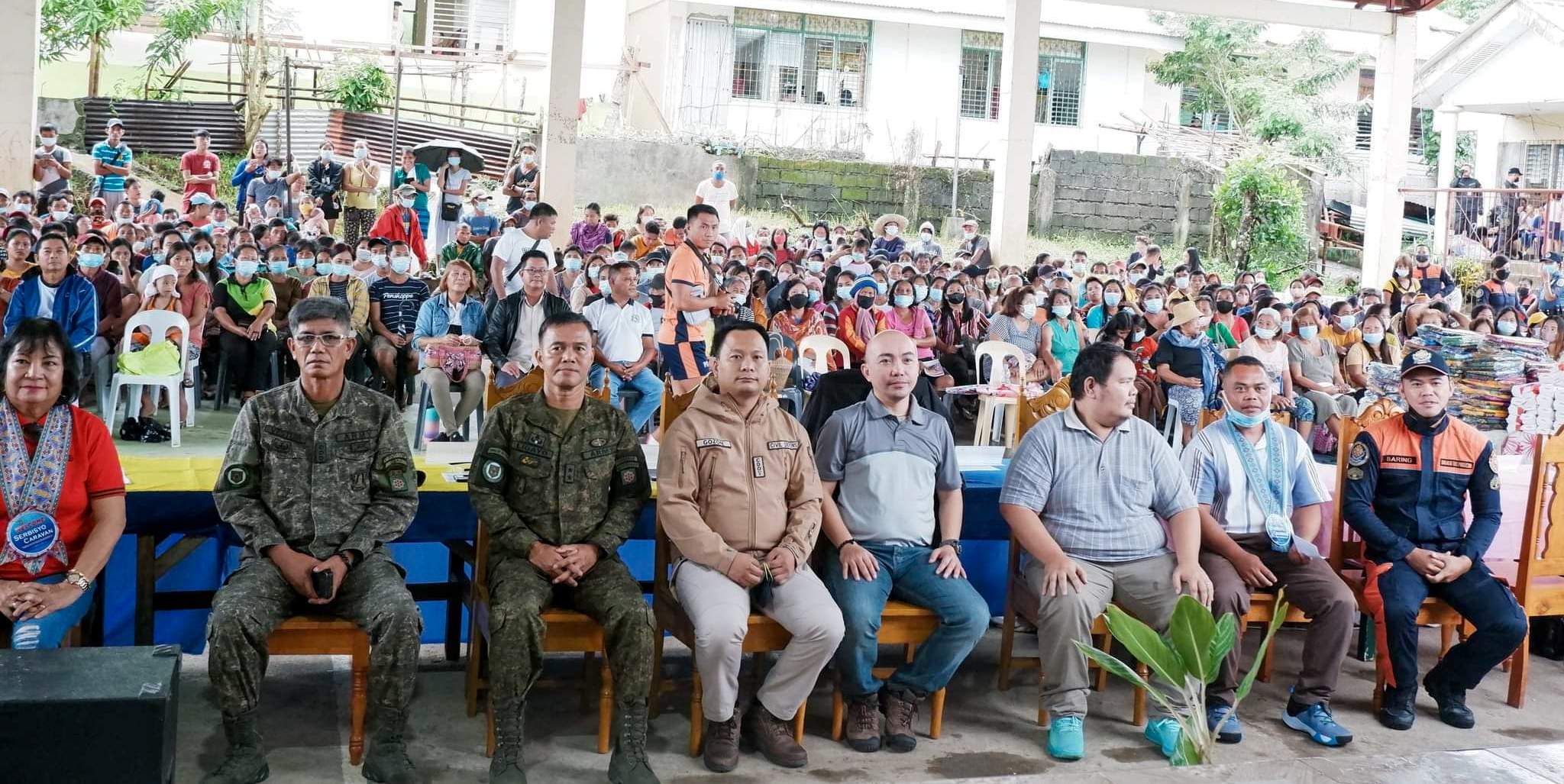