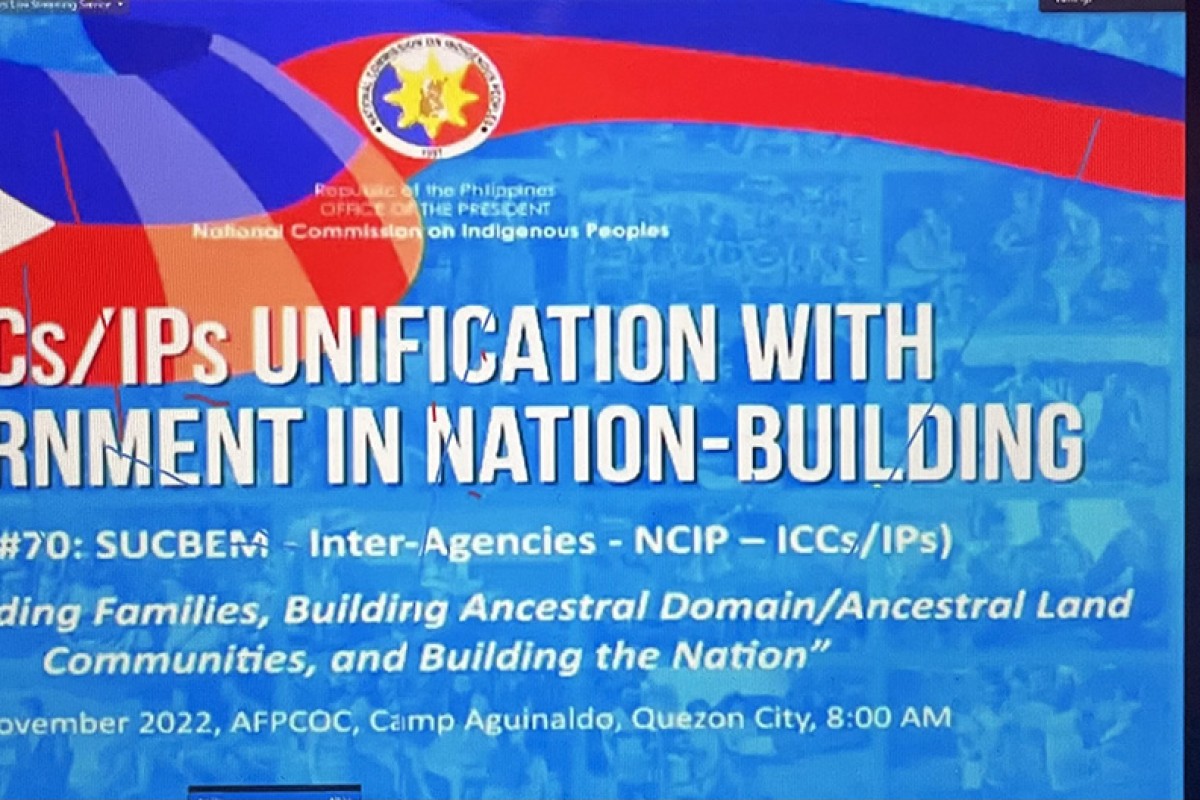 SAN FERNANDO CITY, La Union (PIA) – The seven dominant groups of the Indigenous Peoples (IPs)  in Region 1 have supported a manifesto of peace, unity, and development for indigenous communities for nation building.

Lawyer Harriet Abyadang, regional director of the National Commission on Indigenous Peoples (NCIP) Ilocos, said on Sunday that the manifesto was presented during the blended national IPs Summit last week.

Dubbed as National Summit – Sectoral Unification, Capacity Building, Empowerment Mobilization (SUCBEM): Indigenous Cultural Communities/Indigenous Peoples (ICCs/IPs) Unification with the Government in Nation Building, the summit was attended physically by the officials from at least 55 government agencies, leaders of the private sector and the ICCs/IPs and other stakeholders.

The forum was held on November 16, 2022 at the Armed Forces of the Philippines Commissioned Officers Clubhouse (AFPCOC), Camp Aguinaldo, Quezon City.

At least 1,000 IP leaders and stakeholders to compose the 101 IP groups nationwide have participated virtually in the summit through the Zoom platform and  Facebook live.

The summit, which anchors on the theme: "Building Families, Building Ancestral Domain/Ancestral Land Communities and Building the Nation," aims to help the indigenous communities to be the most capable citizens who can contribute to nation building while exercising their rights to self-governance and secure their ancestral domains and lands.

Introduced during the summit were the 11 Building Blocks for Resilient, Responsive, and Relevant ICCs/IPs that could boost IPs capabilities and potential in nation-building.

NCIP chairperson Allen Capuyan said that 25 years after the enactment of the  Indigenous Peoples Rights Act 1997 or the Republic Act No. 8371 of 1997, the NCIP fortifies its commitment to fulfilling the rights guaranteed under the IPRA through the operationalization of the 11 building blocks for resilient, responsive and relevant ICCs/IPs in their ancestral domain. (JCR/AMB/FGL, PIA 1)