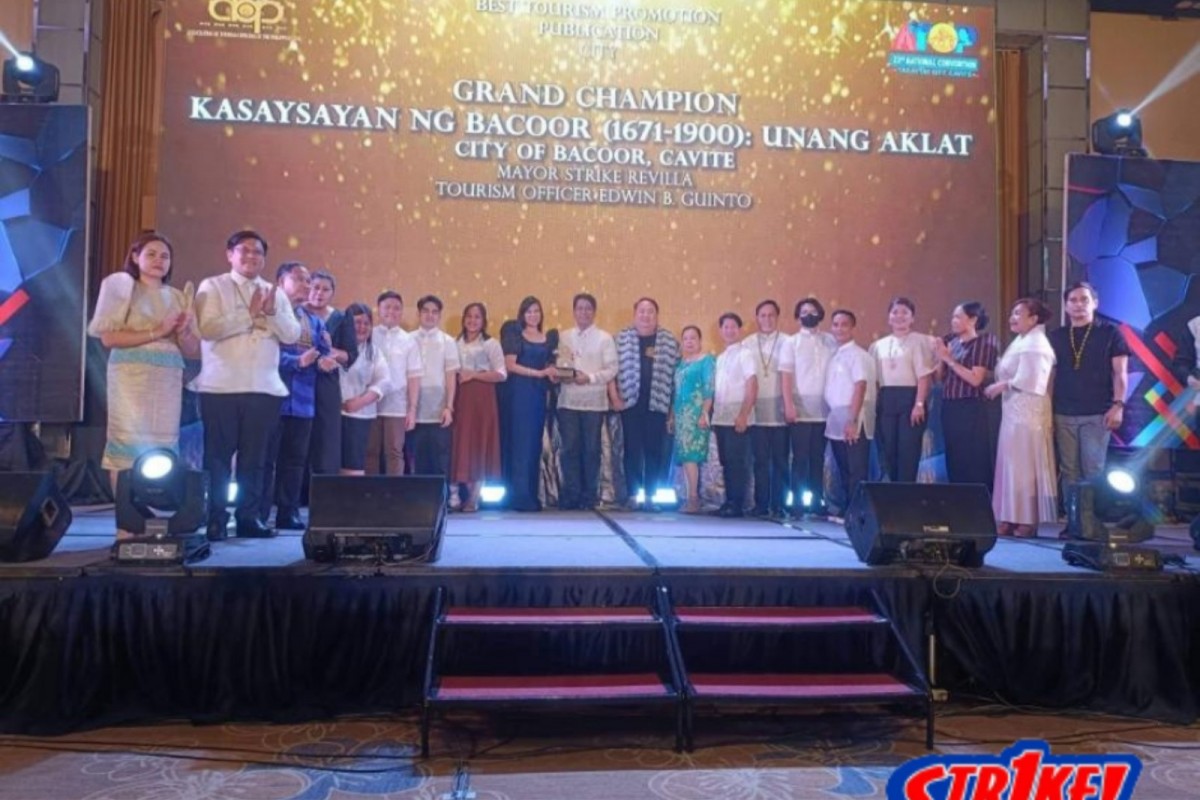 TAGAYTAY CITY, Cavite (PIA) – The Cavite Provincial Government recently hosted the 23rd Association of Tourism Officers of the Philippines (ATOP) National Convention with around 900 ATOP members and officers nationwide participating in the 4-day event held on October 26 - 29, 2022 at Taal Vista Hotel, Tagaytay City.

Department of Tourism (DOT) Secretary Christina Garcia-Frasco in her video message on the first day of the event, emphasized the importance of tourism towards the country’s economic recovery which could be achieved through the improvement of tourism infrastructures for more resilient tourist destinations.

During the 17th Department of Tourism (DOT) Pearl Awards held last October 27, the city of Bacoor and the municipalities of Naic and Tanza were among the awardees recognized for best tourism practices.

A day tour treat to the national convention delegates enlightened them with a historic glimpse of the province’s past and the development of infrastructures. They were also entertained by the warmth and hospitality of Caviteños and were gratified with sumptuous farm-to-table dishes in known organic farm resorts, and restaurants in the province.

The excellent tour guides who accompanied the delegates were the pride and product of the Cavite State University-Main Campus, Lyceum of the Philippines University-Cavite, and the University of Perpetual Help System Dalta-Molino Campus. (RBF/PIA- Cavite with reports from the Bacoor Tourism Office)