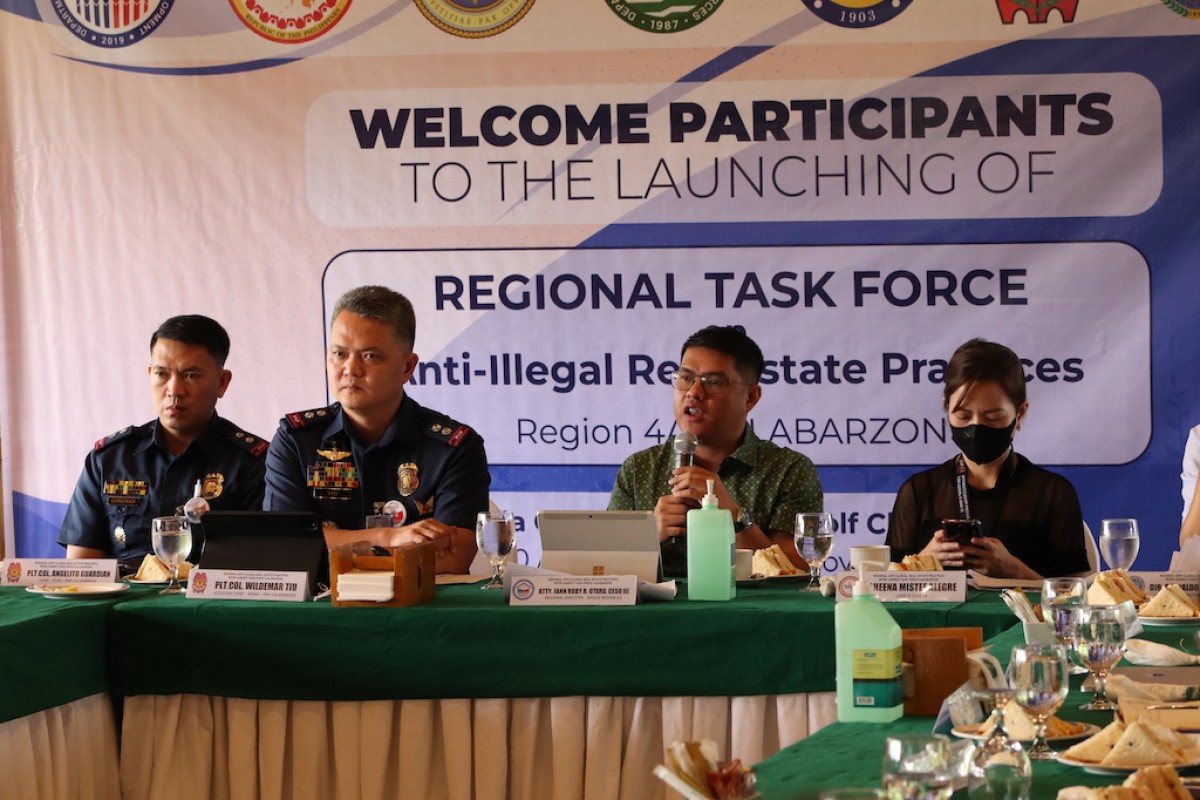 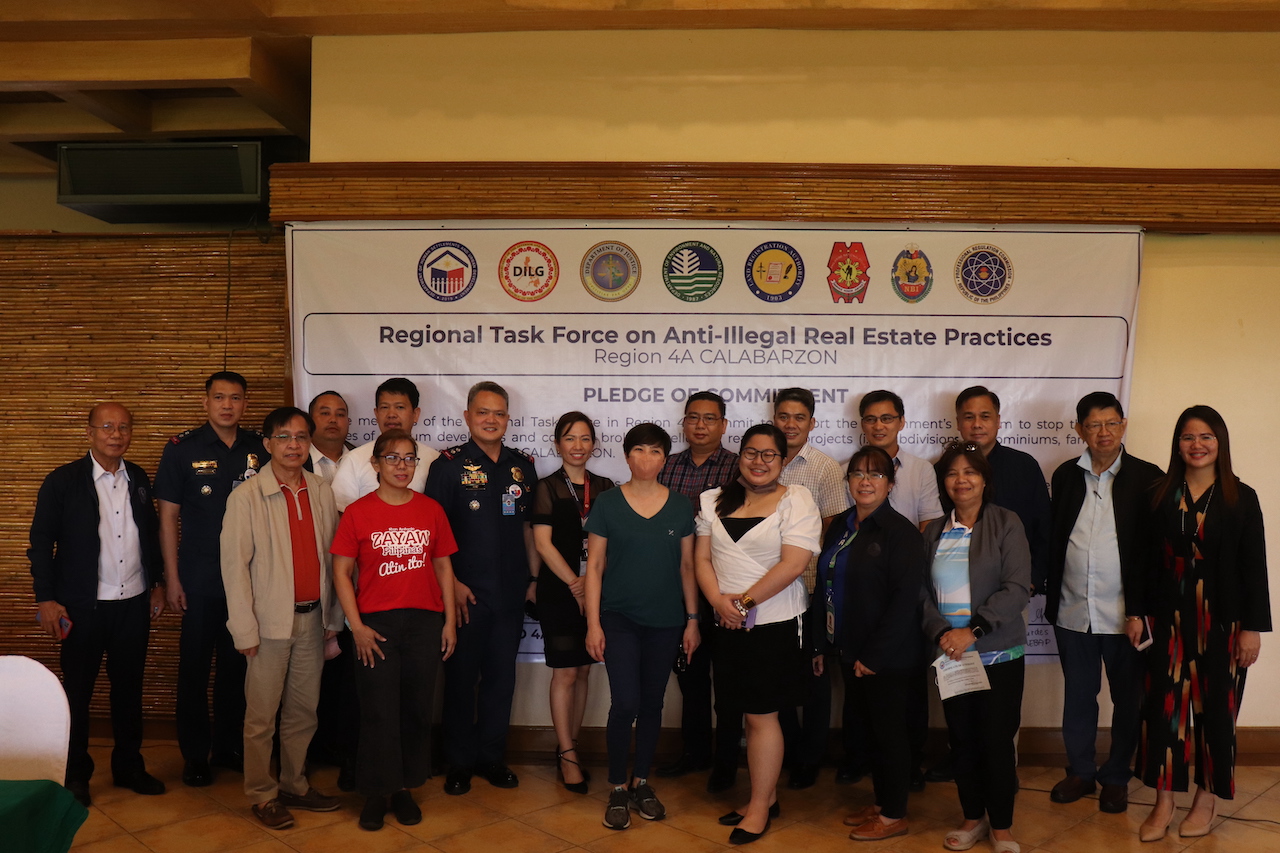 The task force has been formed as DHSUD continues to receive an alarming number of verified reports concerning real estate-related illegal transactions specifically on housing, subdivision, and condominium projects. Such transactions involve unregistered developers, real estate brokers, agents among others, who are selling units without proper project certificates or registration and licenses to sell.

In his remarks, DHSUD IV-A Regional Director Atty. Jann Roby Otero appealed for a 'united front' among government agencies and the private sector in addressing the problems on illegal real estate practices by institutionalizing the the collective strategies and goals of each agencies.

"What we are doing here right now is actually a marriage between public and private, and a collaboration not only of our time, our efforts, and also hopefully you'll also be sharing your resources," Otero said.

Otero also appealed to government communicators, particularly to the Philippine Information Agency (PIA), to help the department in spreading factual and verified information to the masses to avoid being scammed out of their hard-earned money.

Otero declares that DHSUD will continue on its mandate to go after illegal practitioners, and hopes that the task force members and private real estate boards will also do their part in ensuring the success of their pledged commitments.

Tiu said that aside from educating the public, PRO IV-A will also conduct an information drive among their ranks to ensure that the police will be aware of the laws, decrees, and regulations relating to real estate.

The NBI IV-A on its part, also commits to monitor the activities of individuals and/or syndicates engaged in real estate practices, investigate complaints filed by victims and file the necessary complaint before the Office of the Prosecutor, and to maximize its coordinate with regional line agencies and local government units.

Those who will be found liable will be charged in violation of Republic Act No. 9646 or the Real Estate Service Act of the Philippines and Presidential Decree No. 957 or Regulating the Sale of Subdivision Lots and Condominiums, Providing Penalties for Violations Thereof.

According to PNP PRO IV-A Crimes Database, there have been no cases filed yet in the whole CALABARZON region in accordance to RA 9646 and PD 957, but there have been 16 notices of violation already issued this year according to DHSUD.

Some of the tips given by the authorities to avoid being scammed by illegal real estate practitioners include; 1. Ask a license to sell to the Department of Human Settlements and Urban Development, 2. Proceed to the Registry of Deeds and ask a copy of title and compare it to the title of the Seller, 3. Never give or transfer money directly to your agent and; 4. Always validate the title being presented to the buyer with a copy of certificate of title from the Registry of Deeds. (CH/PIA-Laguna)