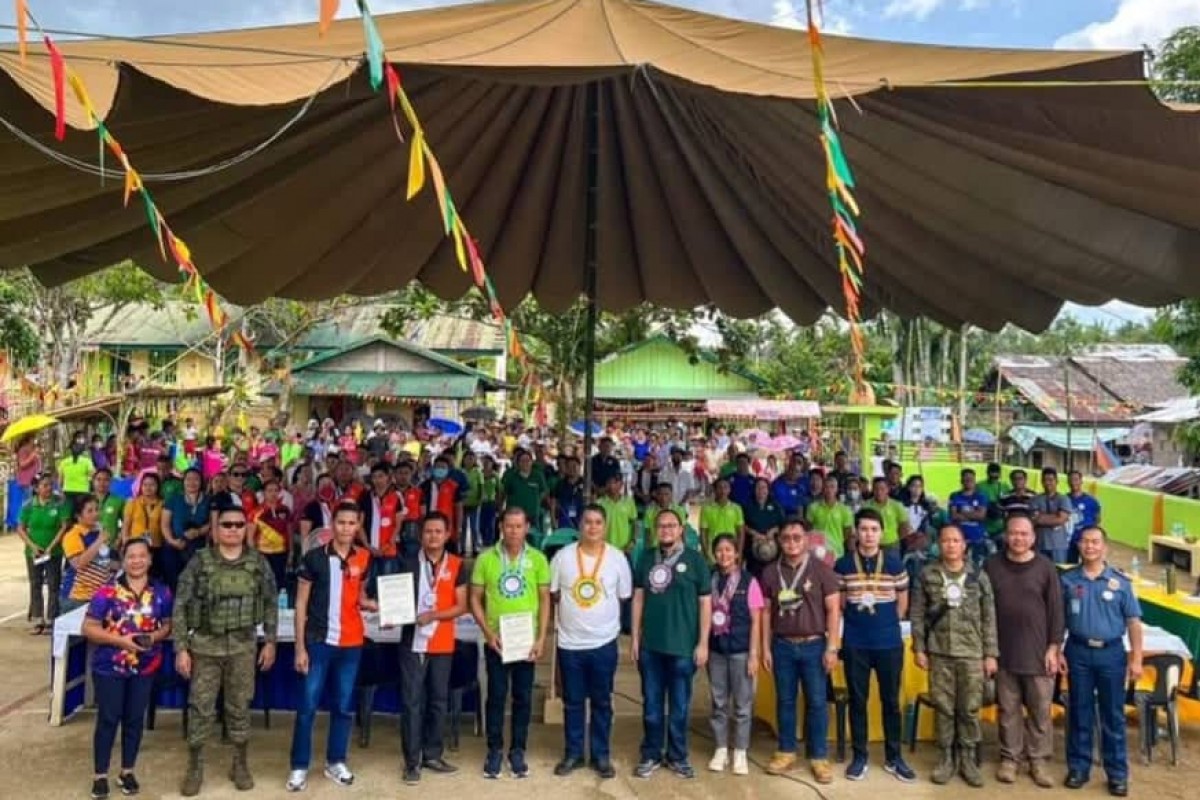 The projects include one-storey Barangay Health Center with facilities amounting to P2,989,141.78 and another one-storey, two-classroom school building amounting to P 1.9 million.

"For so long a time, for how many years to count, we thought we were left behind, but now, at last we were heard. This will be the start of our progress, and we expressed our gratitude to the government, we really thank you,”  said Elga Calaloan, Corona Galit, and Meldy Capoquian, residents of Brgy. Hitapian in an interview.

Other programs and projects include the P100,000 cash assistance, the ongoing 406 meters farm-to-market road, and trainings such as bread and pastries, to name some.

Located in a remote village of the town of Catubig, a barangay health center was one identified priority project by the community to respond to health emergencies of the residents considering the distance and inaccessibility to the town proper.

SBDP also answers the lack of school rooms to cater the number of schoolchildren in the barangay and nearby communities.

In his statement, Punong Barangay Mar Bulagnir was awed as he expressed his gratitude to the national and local governments through the ELCAC program for making the community's wish come true and currently enjoy a peaceful environment.

The blessing and turnover ceremonies were spearheaded by the Provincial Government of Northern Samar as the implementing agency. Governor Edwin Ongchuan said Hitapian is one lucky barangay to be chosen as SBDP beneficiary out of the 47 barangays of Catubig.

He said aside from the projects, the provincial government is also extending various assistance through the Kauswagan Caravan.

Rev. Father Miramar Irinco officiated the blessing of the structures.

The event was attended by Catubig Mayor Solomon Vicencio, Vice Mayor Galahad Vicencio, municipal and barangay official as well as the residents of Hitapian.