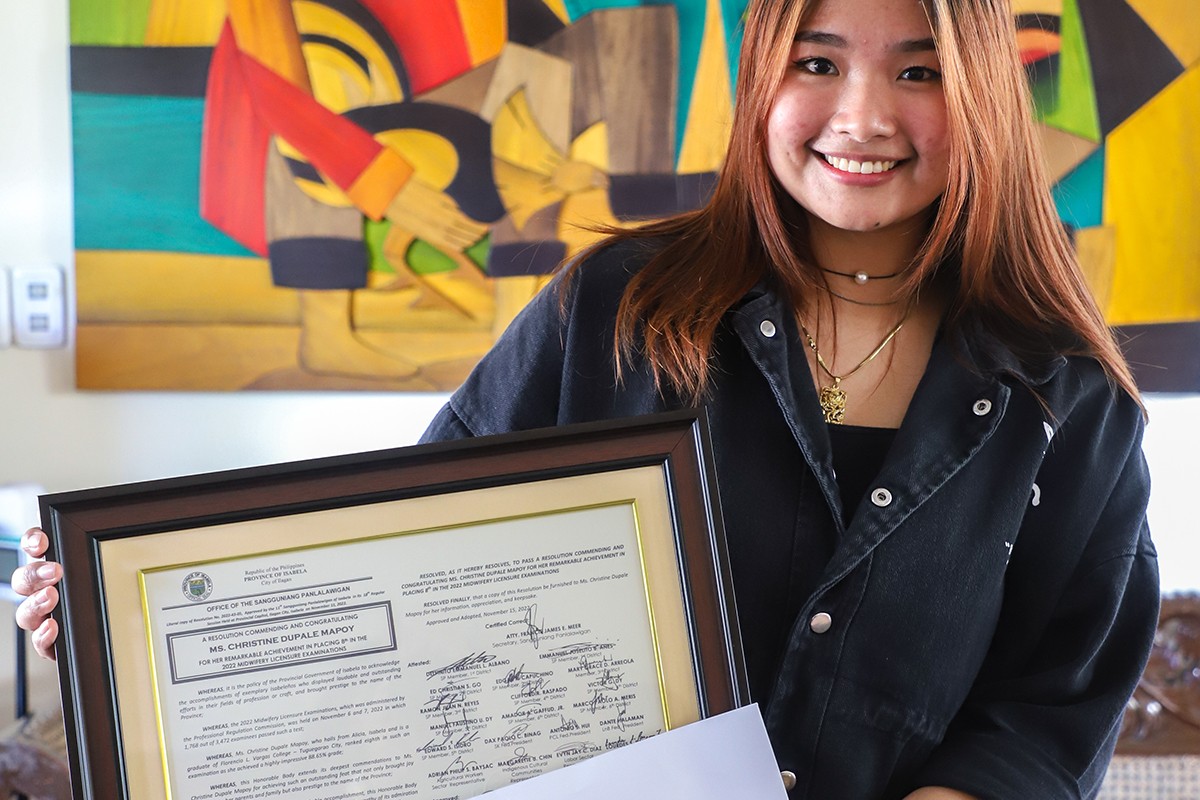 CITY OF ILAGAN, Isabela (PIA) - - The Provincial Government of Isabela (PGI) through the Sangguniang Panlalawigan has passed resolutions commending the two Isabeleños who were among the 10 national topnotchers in the concluded November 6-7 Midwifery Licensure Examination.

Rhealyn Cabanlit Fedelino, who is fifth rank with an impressive rating of 89.40%, personally received the plaque of commendation from Vice Gov. Faustino G. Dy III in a simple ceremony held at the Balai, Capitol Compound, City of Ilagan, Isabela.

Fedelino is from San Guillermo, Isabela and an alumna of the University of the Philippines - School of Health and Sciences in Aurora Province.

In an interview, Fedelino said she drew inspiration from her UP community and her mother who passed away this year.

Another national topnotcher in the person of Christine Dupale Mapoy, who hails from Alicia, Isabela, personally received the plaque of commendation for placing eighth in the same licensure examination with a rating of 88.65%. 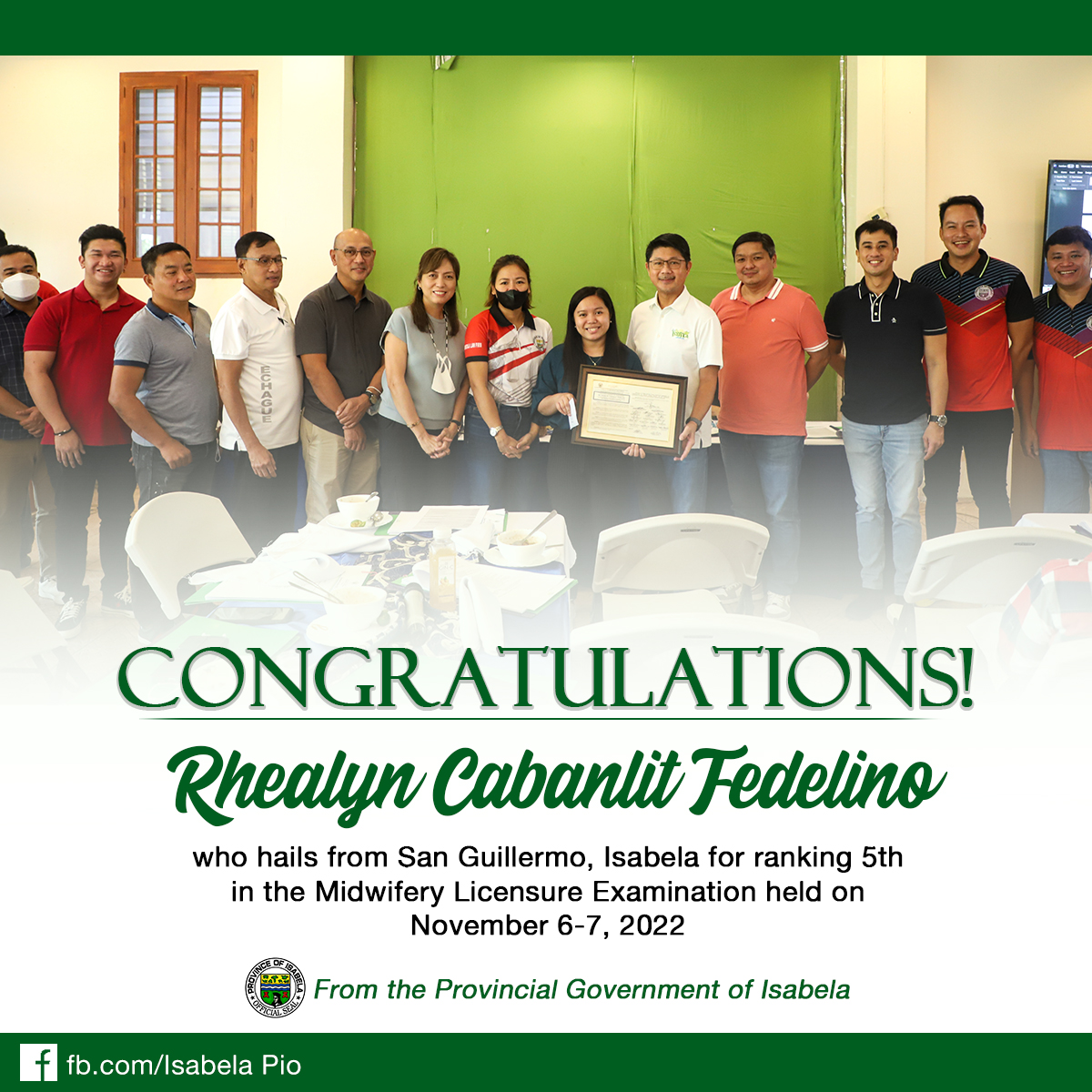