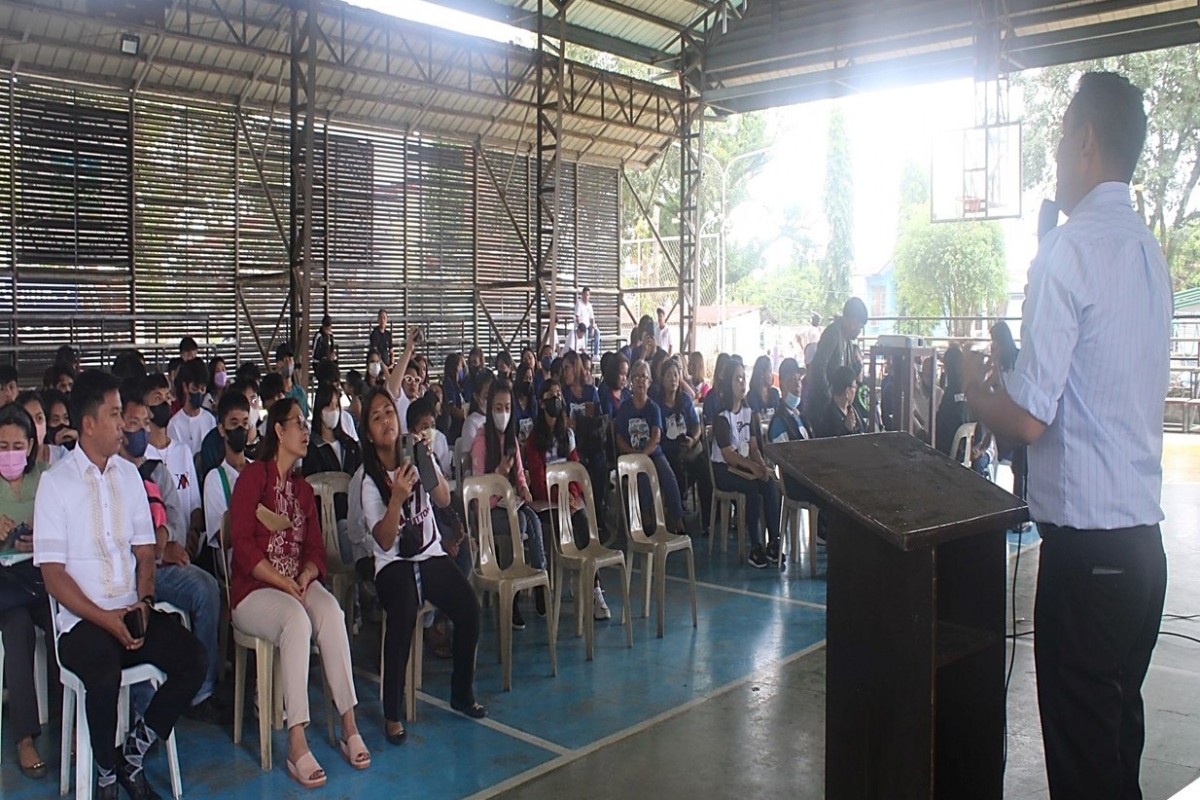 TRECE MARTIRES, Cavite (PIA) – The municipal government of Mendez-Nuñez launched the establishment of the Pag-Asa Youth Association of the Philippines (PYAP) - Mendez-Nuñez Chapter on November 21 as part of the 30th National Children’s Month celebration.

PYAP will help the LGU implement programs and projects that will cultivate and harness the talents and potential of the Mendezeño youth.

In his speech, Municipal Mayor Francisco T. Mendoza, Jr. emphasized the importance of the programs that focus on the youth because from them ‘will come the country’s future leaders.’

Mayor Mendoza particularly mentioned the renovation of the ‘Paraiso ng Batang Mendez’, and the continued support in the field of sports that will definitely benefit Mendezeño youth,

During the program, the set of officers elected was presented. They will oversee the administration of the PYAP-Mendez-Nuñez and will serve as partners of the MSWD and the Local Youth Development Office in the implementation of programs and projects for the youth.

In attendance to support the event were representatives of the PSWDO, Barangay Chiefs, Violence Against Women and Children (VAWC) Desk Officers of each barangay, Department of Education-Alternative Learning System (DepEd-ALS), and students undergoing ALS. (Ruel Francisco, PIA-Cavite with reports from PIO-Mendez-Nuñez)