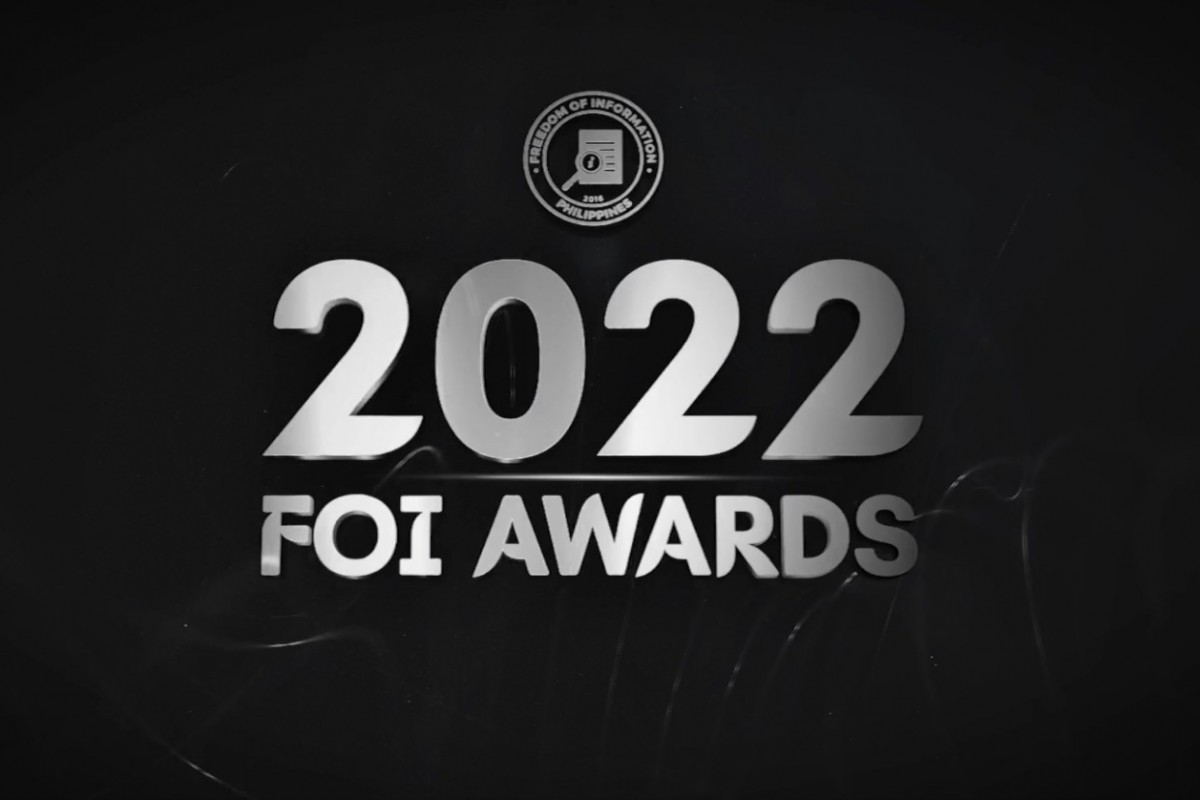 QUEZON CITY (PIA) -- To recognize the significant contribution of key actors and organizations in the overall progress and development of the Freedom of Information (FOI) Program, the FOI- Program Management Office held its 2022 FOI Awards on November 25.

Philippine Information Agency (PIA) Director-General Ramon Lee Cualoping III, in his, message, lauded the efforts and extraordinary achievements of government offices as well as non-government organizations in working for the advancement of FOI over the past year.

“As we are slowly reaching our goal of institutionalizing FOI, we call on everyone. Let us continue to persevere and promote the right of every Filipino to exercise the right to access public information and build a nation of smart and well-informed citizenry,” Avejar urged. 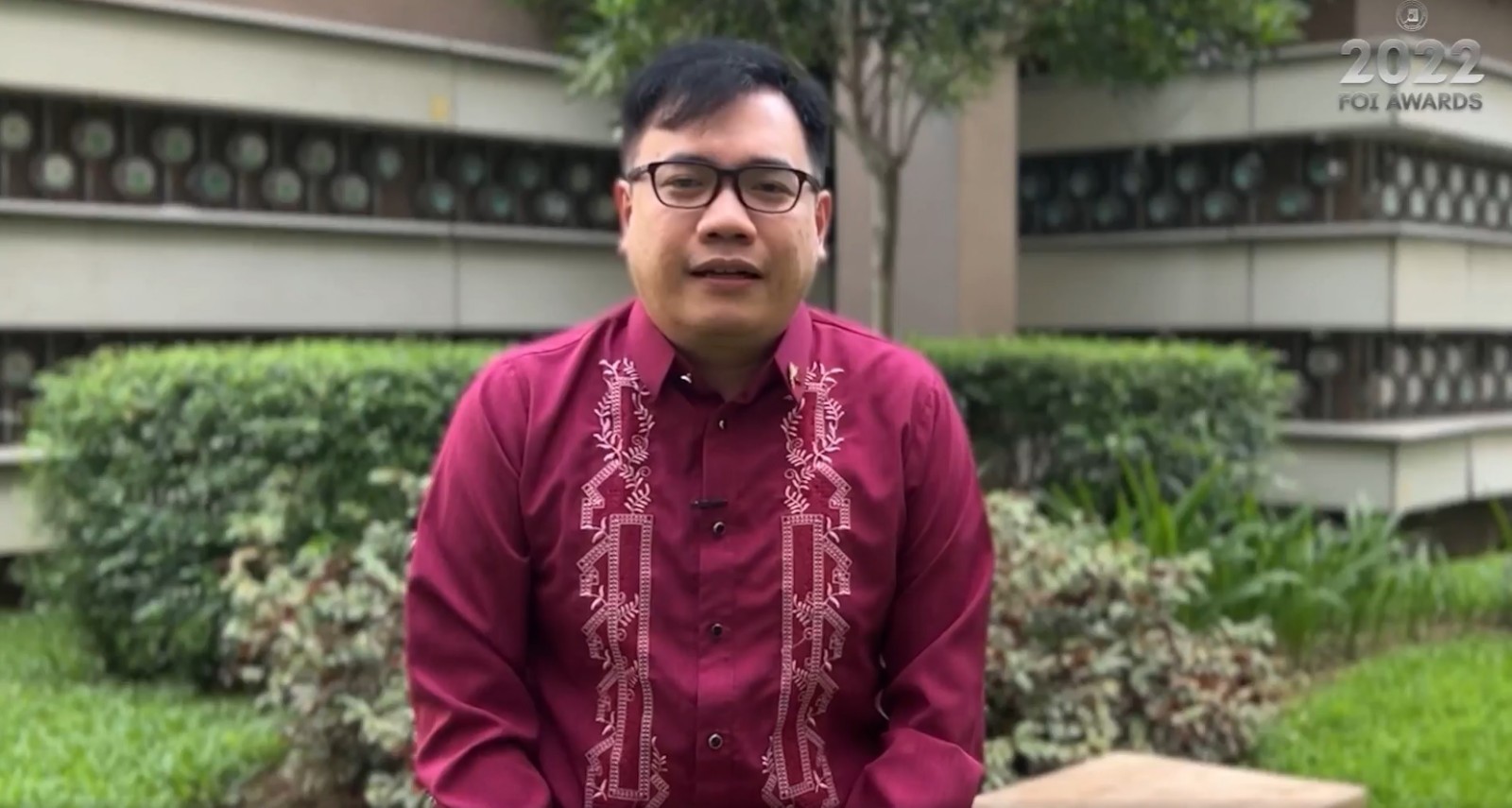 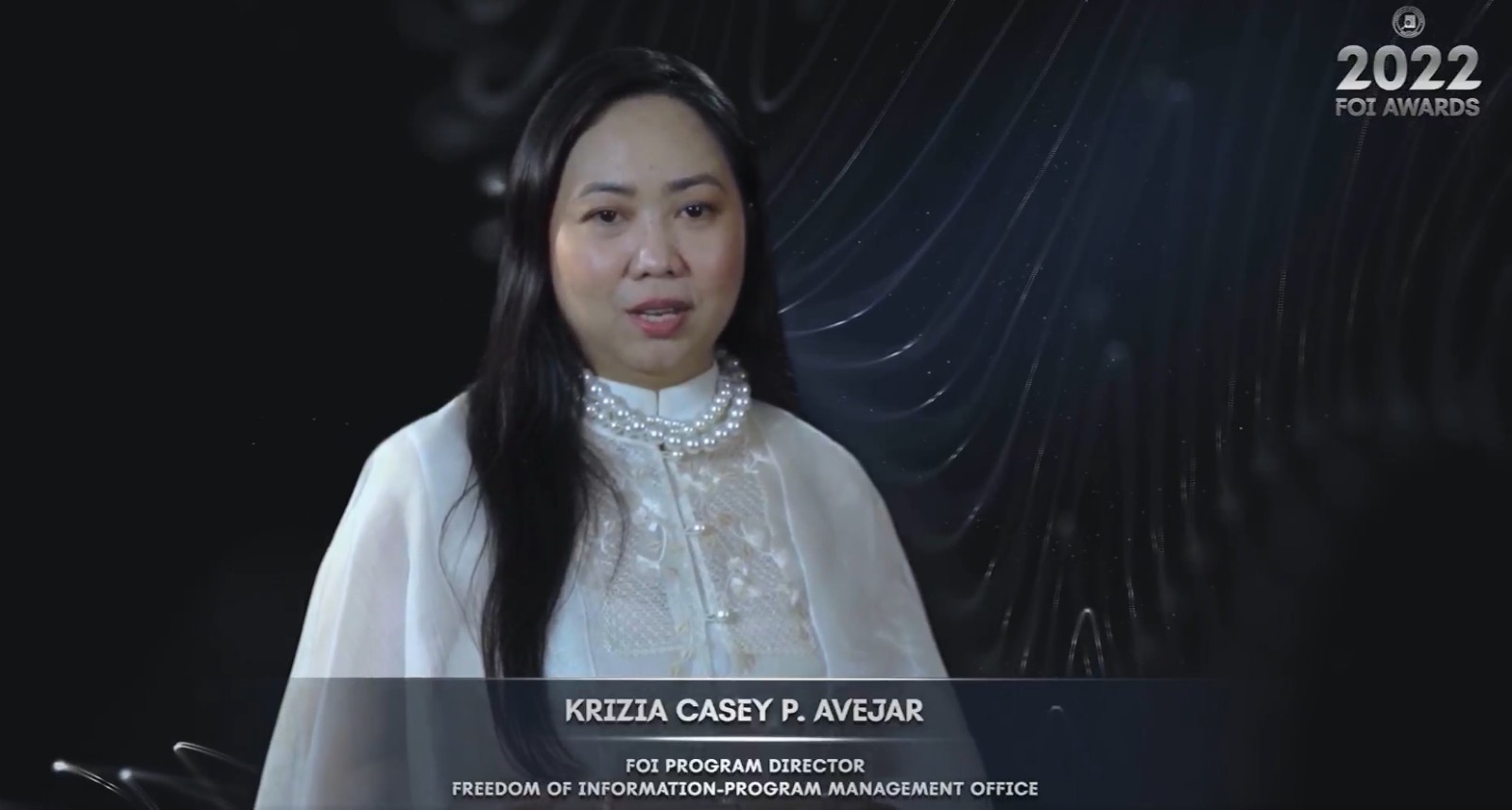 In the Government-Owned and/or-Controlled Corporations (GOCCs) category, the National Housing Authority (NHA)landed the champion position, with the Philippine Reclamation Authority (PRA) for the first runner-up and the Philippine Children's Medical Center (PCMC) as the second runner-up. 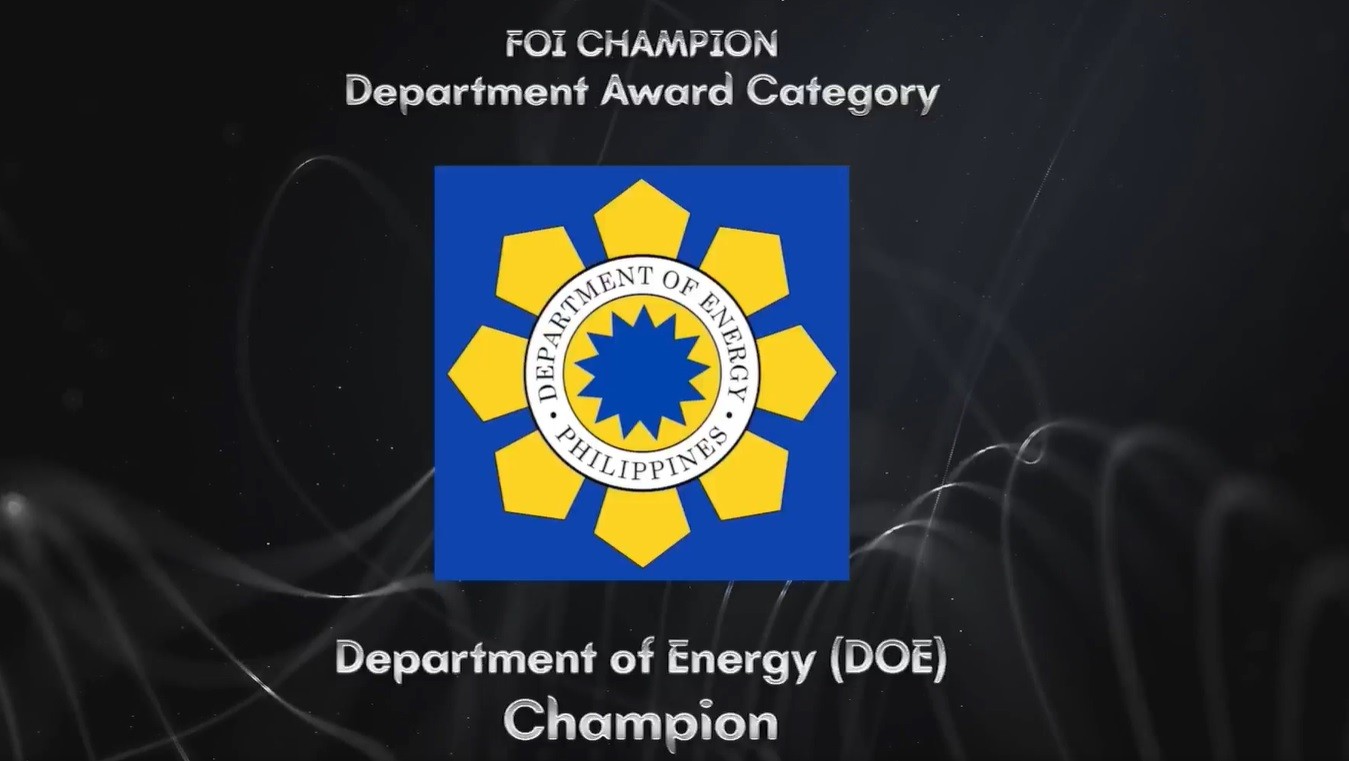 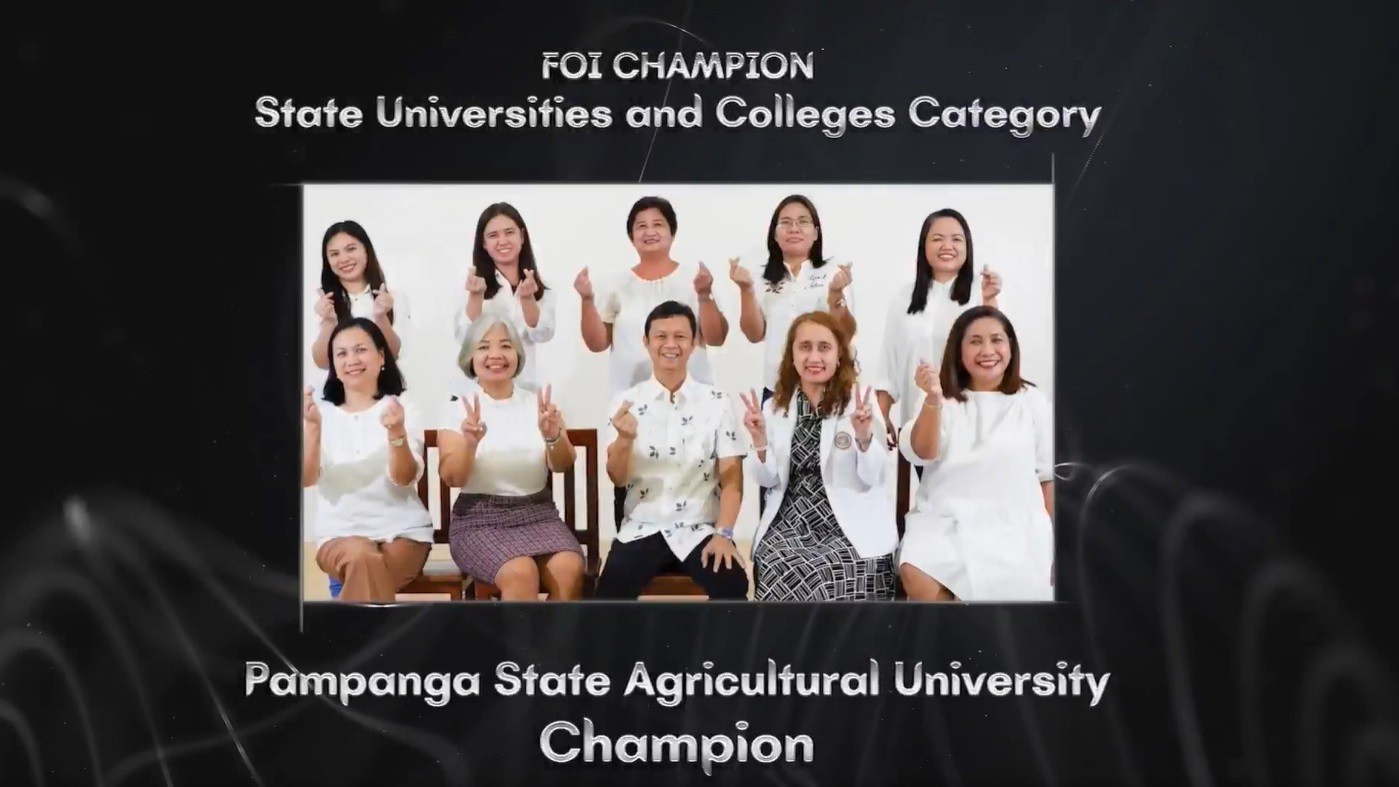 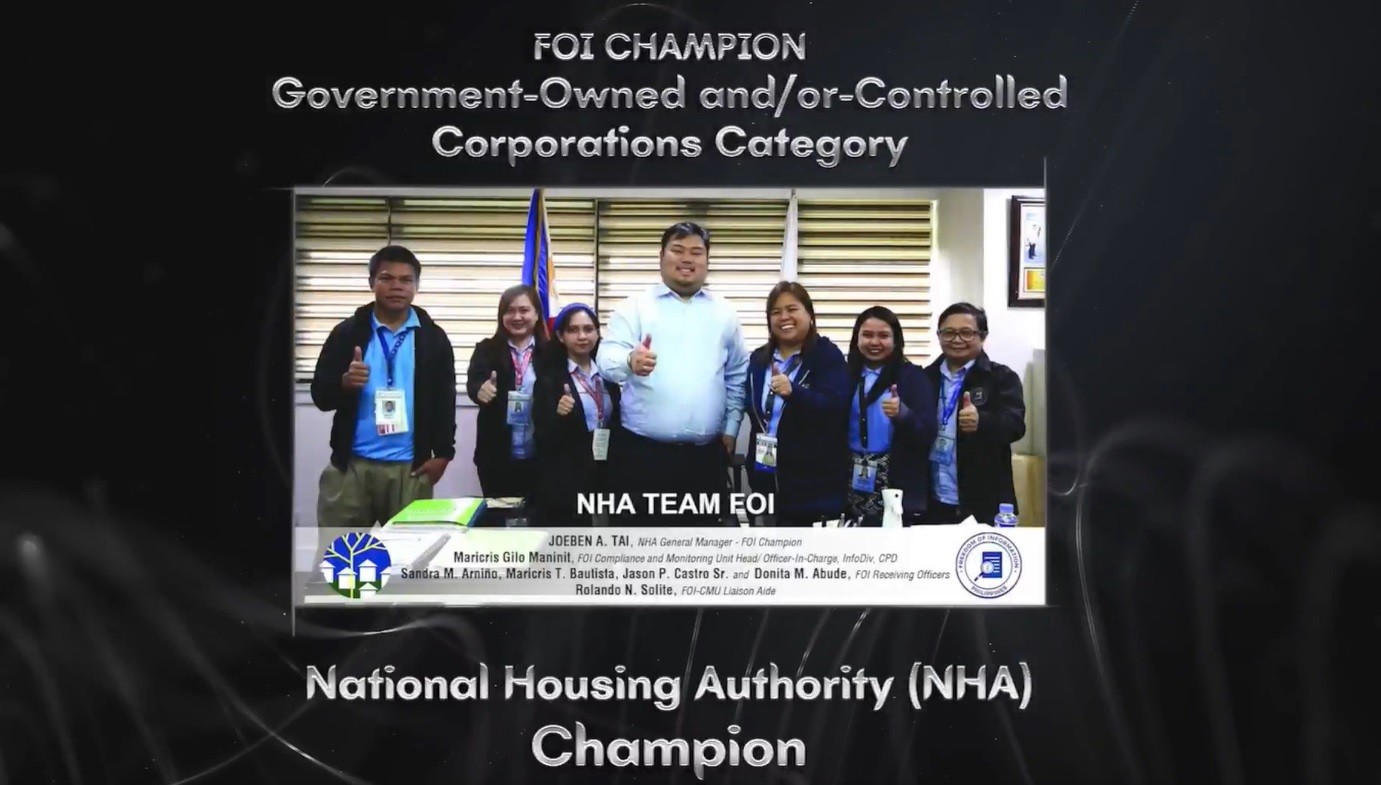 The Technology Application and Promotion Institute (TAPI) bagged the champion award for Agencies/Bureaus/Commissions/Councils, with the National Mapping and Resource Information Authority (NAMRIA) as the first runner-up and National Telecommunications Commission (NTC) as the second runner-up.

Meanwhile, for being consistent with its commitment to excellence in public service through the implementation of the f FOI Program, the FOI Hall of Fame: Commitment to Excellence Award was given to Davao City Water District, Davao City,

Government offices and non-government organizations alongside their personnel were also given plaques of appreciation to recognize their exemplified contributions, progress, and performance in the implementation of the FOI program.

FOI Awards 2022 is anchored on the theme “Championing Access to Information Towards a Connected, Empowered, and Inclusive Nation.” It is an annual gathering of leading FOI practitioners and FOI Champions from the government and non-government sectors that was established in 2017. (EEDC/PIA-CPSD) 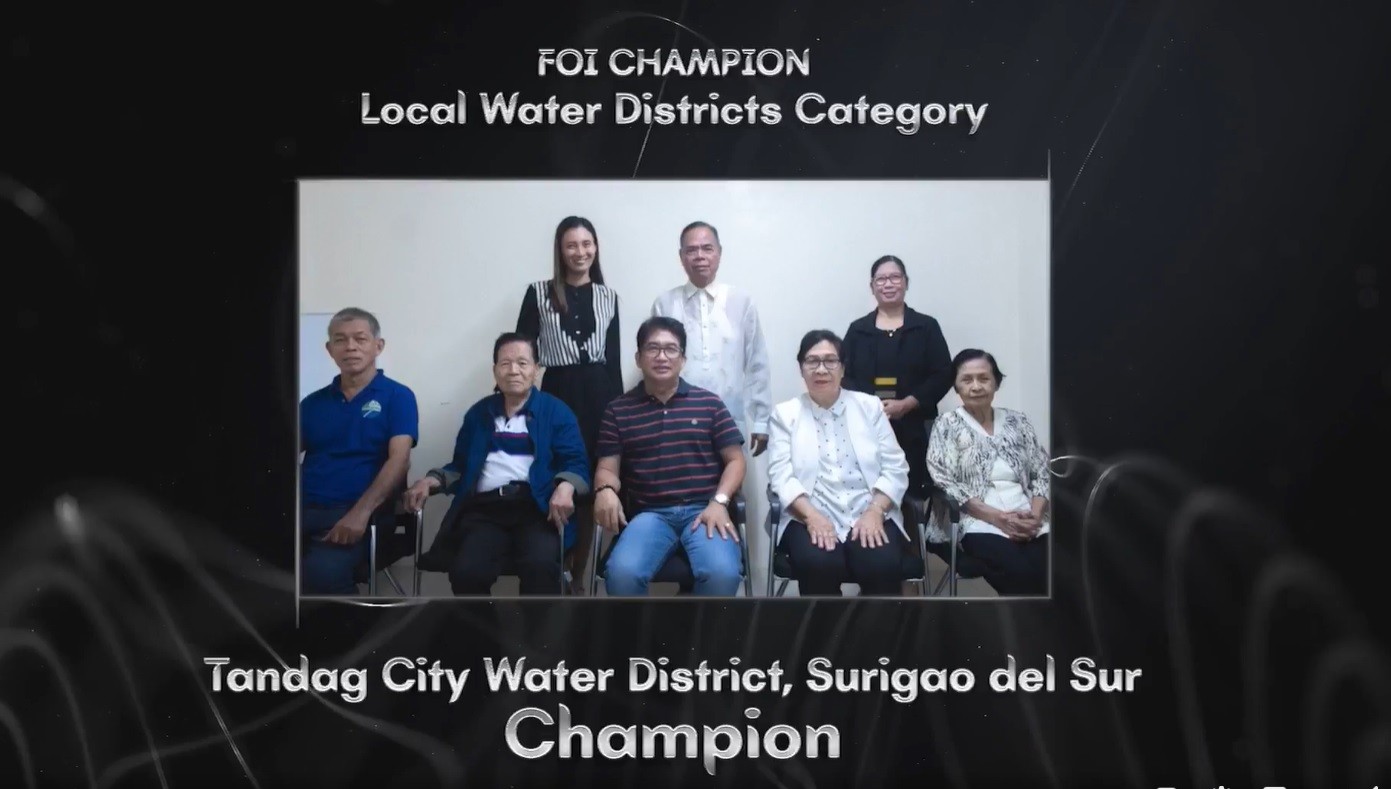 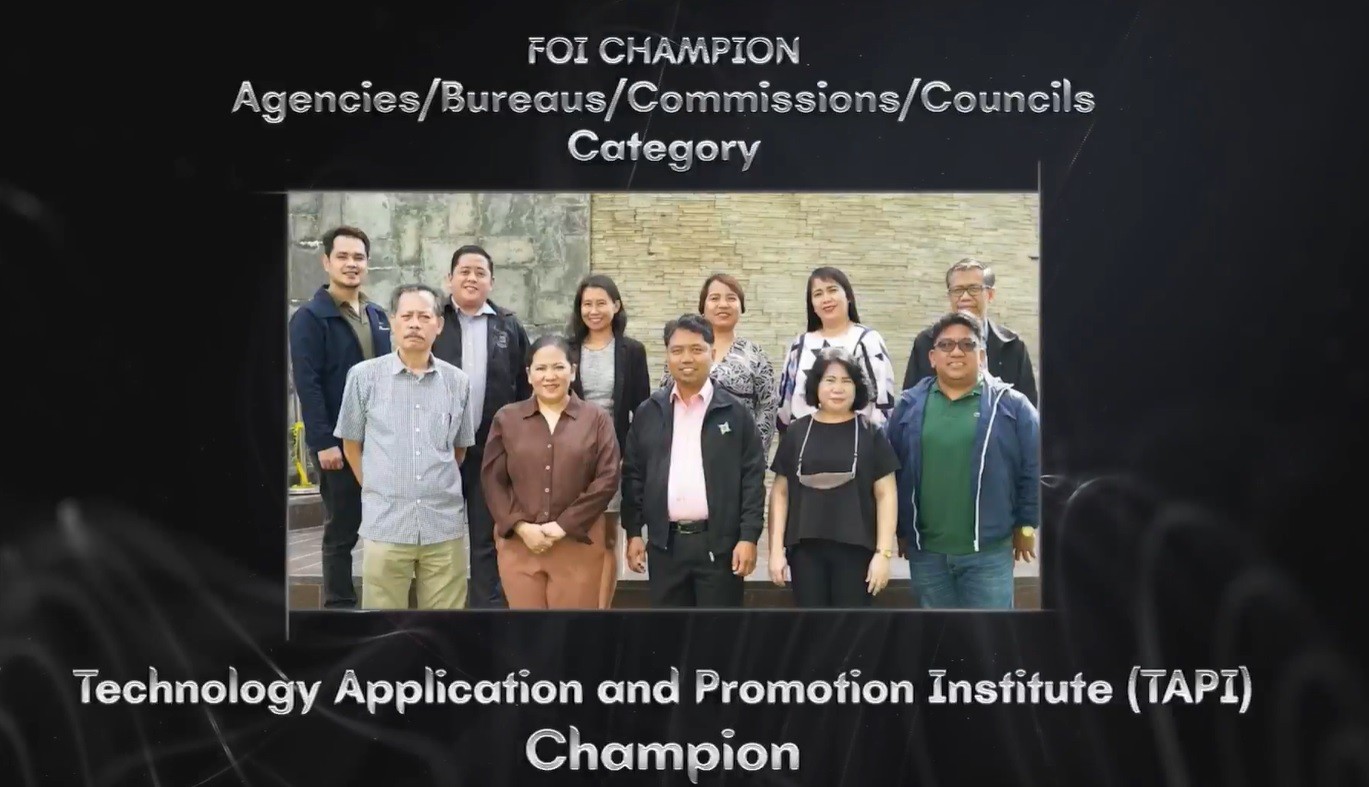 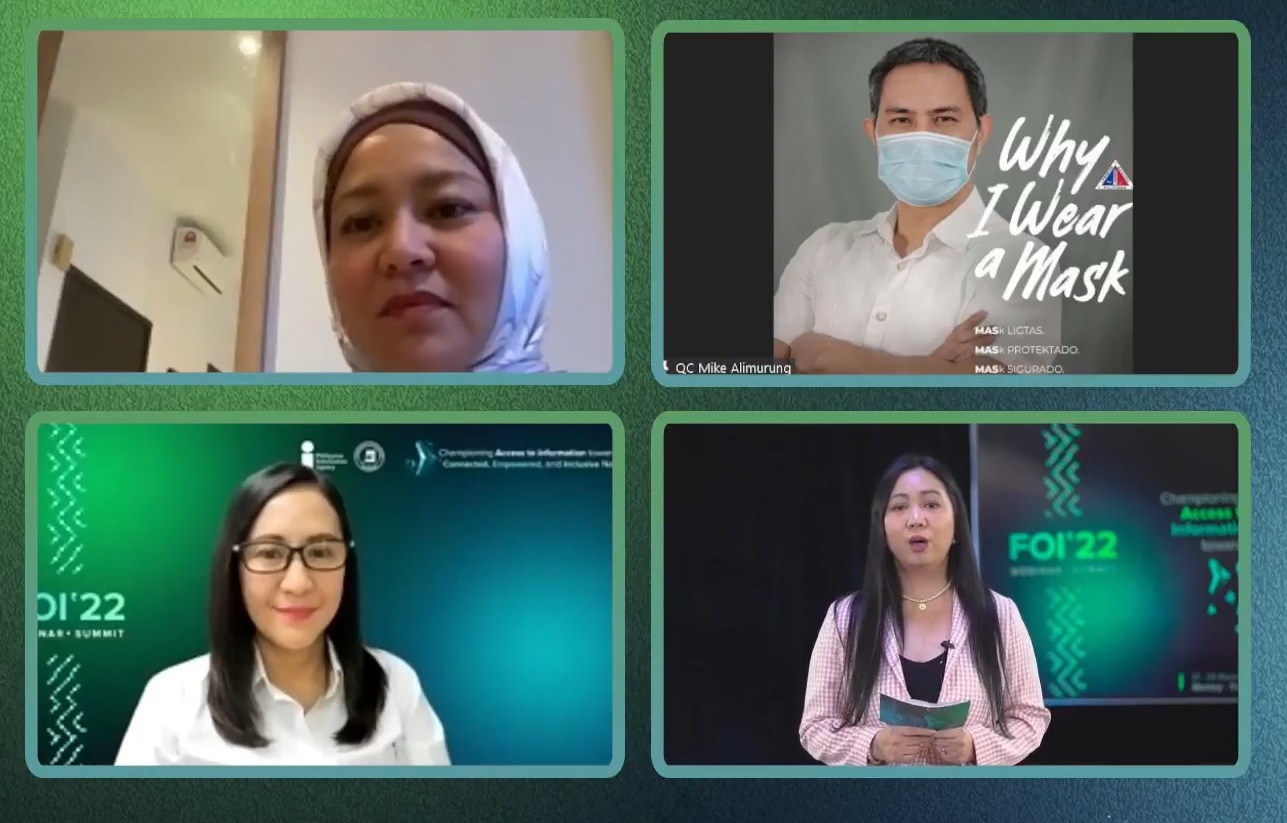 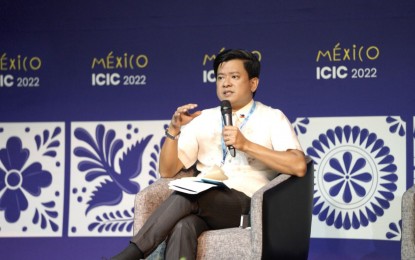 PH to host Int’l Conference of Info Commissioners in 2023