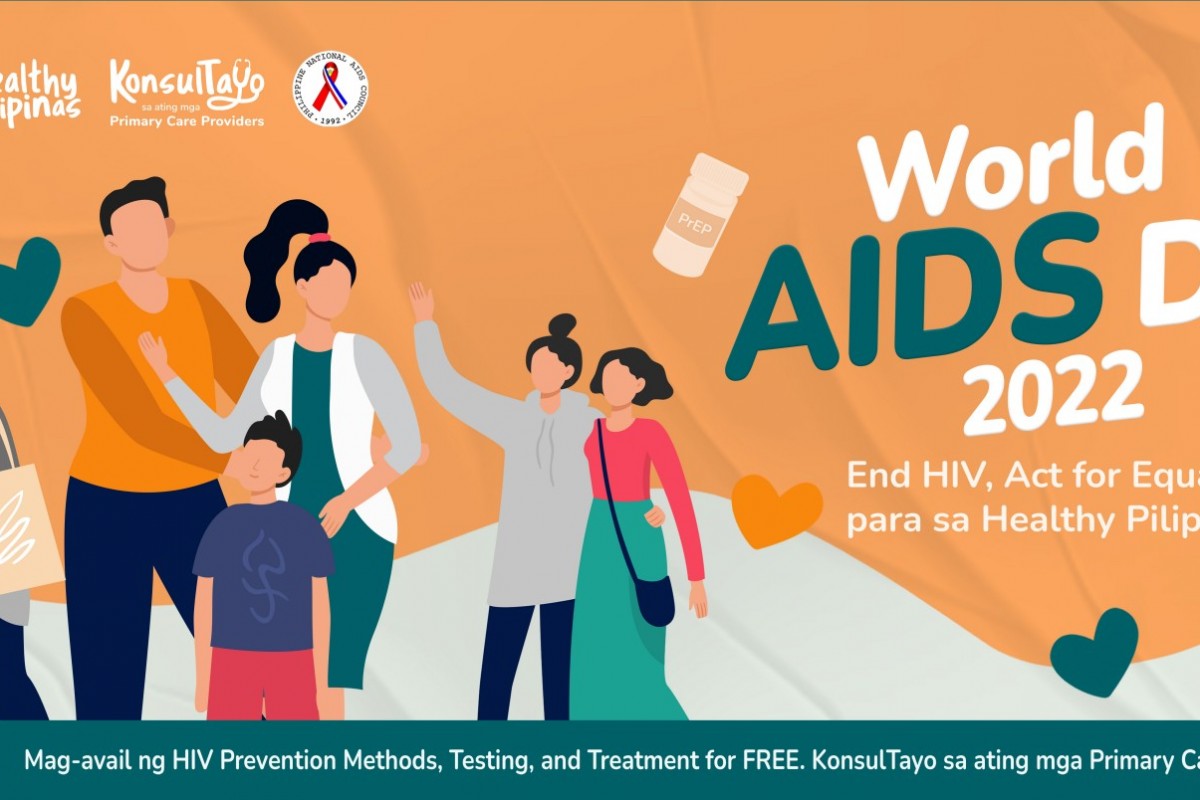 TACLOBAN CITY (PIA) -- As the 2022 World AIDS Day commemoration nears, which is on December 1, the Department of Health (DOH) Eastern Visayas Center for Health Development through the National HIV-AIDS and Sexually Transmitted Infections (STI) Prevention and Control Program (NASPCP) has called on all government agencies, development partners, the civil society organizations and other stakeholders to scale up efforts in strengthening awareness campaign on human immunodeficiency virus (HIV) – Acquired Immune Deficiency Syndrome (AIDS).

This, after the HIV response of the region was hit by COVID-19 pandemic resulting to the decreased number of individuals who regularly visits the treatment hub for HIV testing and treatment services.

Analiza Balila, NASPCP program manager of the DOH-8, said with the onset of COVID-19 in 2020 until 2021, the number of HIV cases decreased since clients were hesitant to avail of HIV testing and other services due to fear of being exposed to COVID-19 and health personnel were more devoted to COVID-19 response.

Based on September 2022 data, Region 8 ranked low as the region has contributed less than 1% of the overall cases in the country.

However, Balila said, this does not mean that the region has very low HIV cases as it is difficult to catch people living with this infection due to stigma.

As of 2022, Eastern Visayas has reported an estimated 2,600 people living with HIV (PLHIV) but only 1,554 individuals have been diagnosed.

Moreover, 213 HIV patients in the region were no longer tracked by the treatment hub or considered lost to follow up (LTFU). They are from Leyte-108; Biliran-10; Eastern Samar-15; Southern Leyte-24; Northern Samar-21, and Samar-35.

With this trend, Balila underscored the need to optimize collaborative efforts between government agencies, development partners, private organizations and the community to persuade people living with HIV to undergo HIV testing and treatment.

“If the HIV campaign will not be delivered to the community it will triple in 10 years,” Balila said.

Majority of the new infections are among men having sex with men, transgender women, female sex workers, persons who inject drugs and unprotected sex is the main driver of HIV transmission.

Two out of three of the new infections are among key population aged 15-24 years old.

Data showed that 37.7 million people are living with HIV globally and 16% don’t know of their status because of stigma.

In the Asia Pacific Region, the Philippines ranked second to East and Southern Africa in the world.

HIV can only be transmitted through sexual intercourse, sharing the use of needles, blood transfusion and from an infeted mother to child. (MMP/CBA/PIA-8)