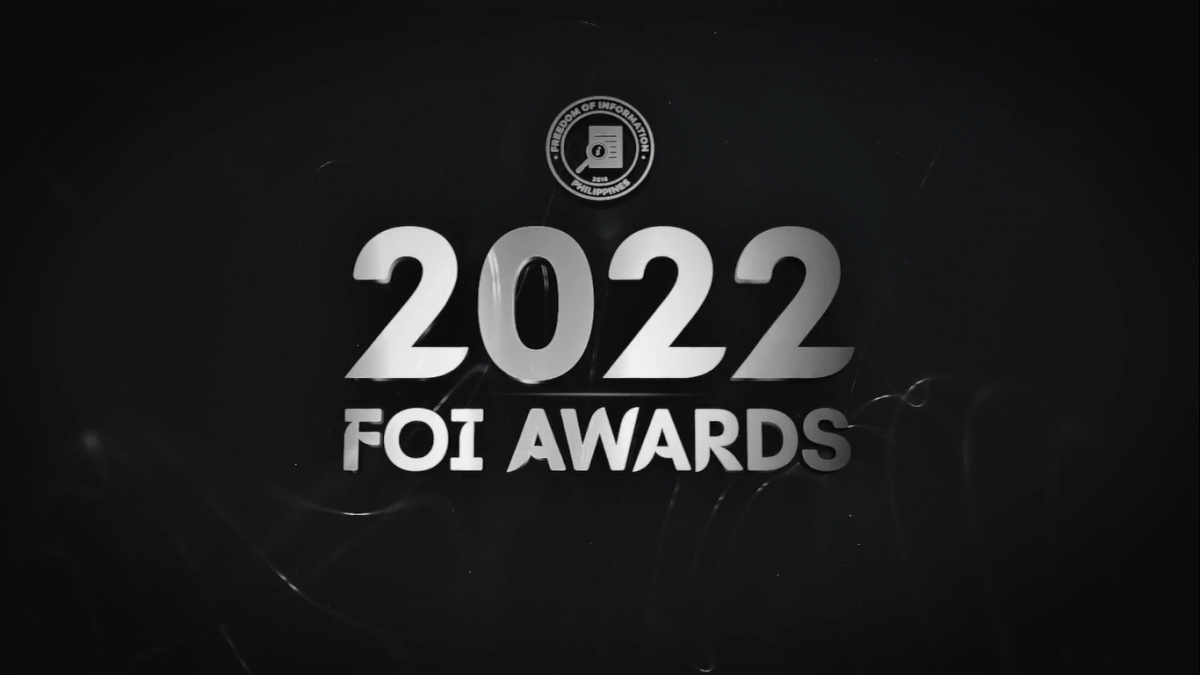 The MMDA and DOLE has won FOI Champion Award for three consecutive years, them making it to the FOI’s Hall of Fame. To receive the recognition, DOLE Sec. Bienvenido Laguesma and MMDA Chairperson Romando Artes offered their message of gratitude to the FOI program management through a video message.

The FOI Champion Award is granted to conferee based on the honor and acclaim they have brought to their respective institutions through excellence and distinction in the pursuit of ensuring the constitutional mandate of the right to information.

Apart from this, the agencies with prompt and accurate responses to requests and queries of the public in the FOI Portal were also acknowledged.

With over 1,000 requests and a 90 percent rate of closed transactions, the Department of Health, Philippine Statistics Authority, National Telecommunication Commission, National Bureau of Investigation, DOLE, Department of Social Welfare and Development and Philippine National Police emerged to the top.

The FOI Awards was established in 2017 to recognize the efforts of national government agencies, non-government organizations, and partners in the continued pursuit of the development and progress of FOI.

The 2022 FOI Awards with the theme, “Championing Access to Information Towards a Connected, Empowered, and Inclusive Nation,” is a significant one as it is the first done after being transferred under the wing of the Philippine Information Agency, by virtue of the Executive Order No. 2.

“We also urge our partners in the legislative branch to pass the FOI bill. We owe it to our people, to institutionalize our right to access information,” he said for his part in the FOI Awards via Facebook livestream.

He also said that the bill when passed is to be seen as a landmark of reform to open the doors of the government to the people in search for truth, trust, and transparency.

Dir. General Cualoping III then thanked its partner agencies and institutions in their support and hopes to continue in the coming years.

To strengthen the services of FOI and to expand its reach, he plans to localize FOI services and bring it to the grass roots level through the collaboration and partnership with local government units all around the country. (PIA-NCR)