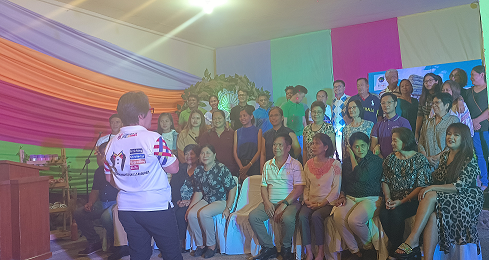 In his welcome message, Vice Governor Ignacio Villa thanked DOT Region 2 team for sponsoring the workshop that eventually led to the launching of the Kulinarya Festival and the participants for their outputs, cooking skills and ivatan inspired recipes.

During the festival an alfresco dining offering a full course Ivatan meal was prepared by the twenty-eight (28) participants of the two-day kulinarya workshop and product development conducted by DOT.

In her speech, DOT Region 2 Director Fanibeth Domingo said that the project aims to revive and help safeguard indigenous food while boosting the local economy, to promote climate resilient agriculture and to generate more income for local farm owners.

The director also said that once the new project will be  launched, she  envisioned that Local Chief Executives and Legislators in the province  will see the  importance of encouraging the practice as a result of serving local food to promote climate resiliency of the Ivatans.

It will also encourage cultivation of farm and will offer additional tourism activity in the future. (OTB/CEB/PIA Batanes)