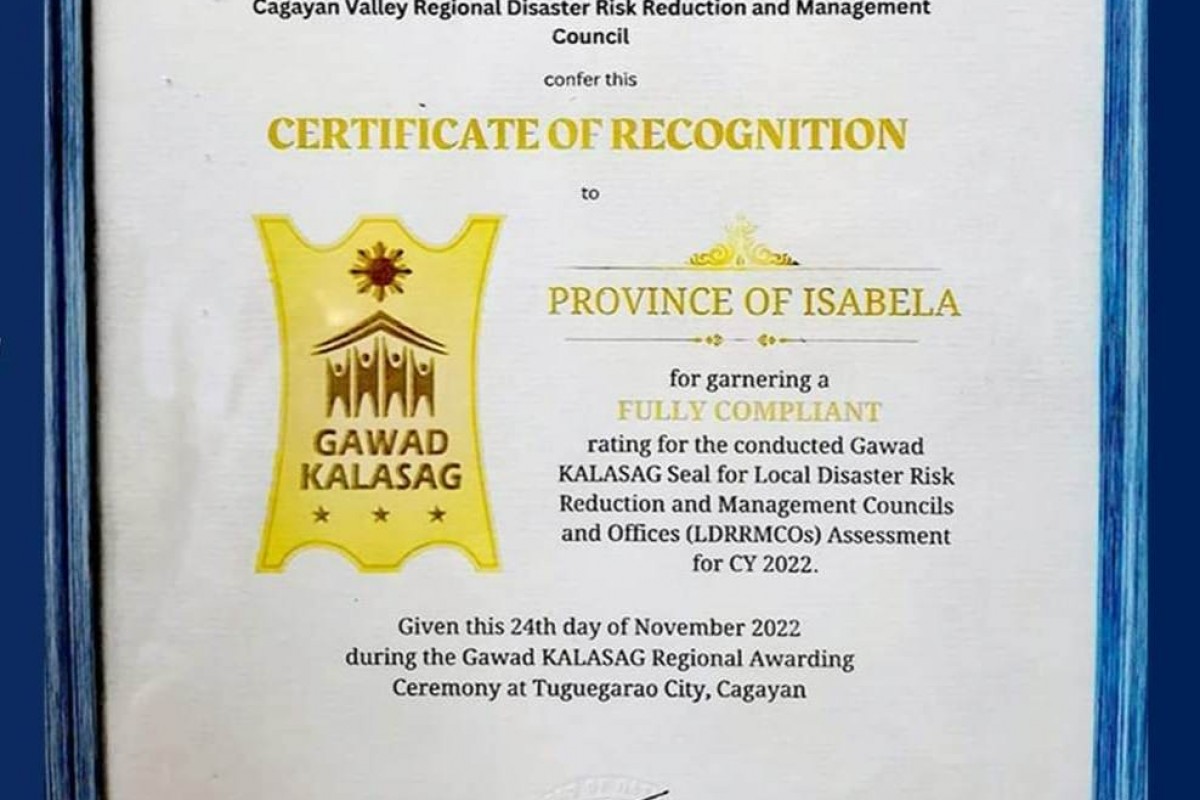 CITY OF ILAGAN, Isabela (PIA) - - The Office of the Civil Defense (OCD) Region 2 has recognized the Provincial Government of Isabela (PGI) as “fully compliant” on disaster risk reduction and management during the 22nd Gawad KALASAG Regional Awarding ceremony held on November 24, 2022 at Pulsar Hotel in Tuguegarao City.

“After the desk evaluation and deliberation conducted by the Regional Validation Committee, we are pleased to inform you that your LGU generally adheres to the standards for the establishment and functionality of the Local DRRM Council and Office as prescribed under Section 11 and 12 of RA 10121 thus, garnering an adjectival rating of “Fully Compliant,” Civil Defense Regional Director Leon Rafael Jr. said during the awarding ceremony.

He said as provided for in NDRRMC MC No. 2, s. 2022, the Gawad Kalasag (GK) Seal for LDRRMOs is envisioned to serve as a performance assessment mechanism for all LGUs as they implement the provisions of RA 10121 and other DRRM related policies.

In 2019, PDRRMC-Isabela received the “Hall of Fame” award as the Best PDRRMC in the Philippines.

At least 46 LGUs regionwide received commendations and awards for being beyond and fully compliant based on the results of the regional assessment for Local DRRM Councils and Offices. 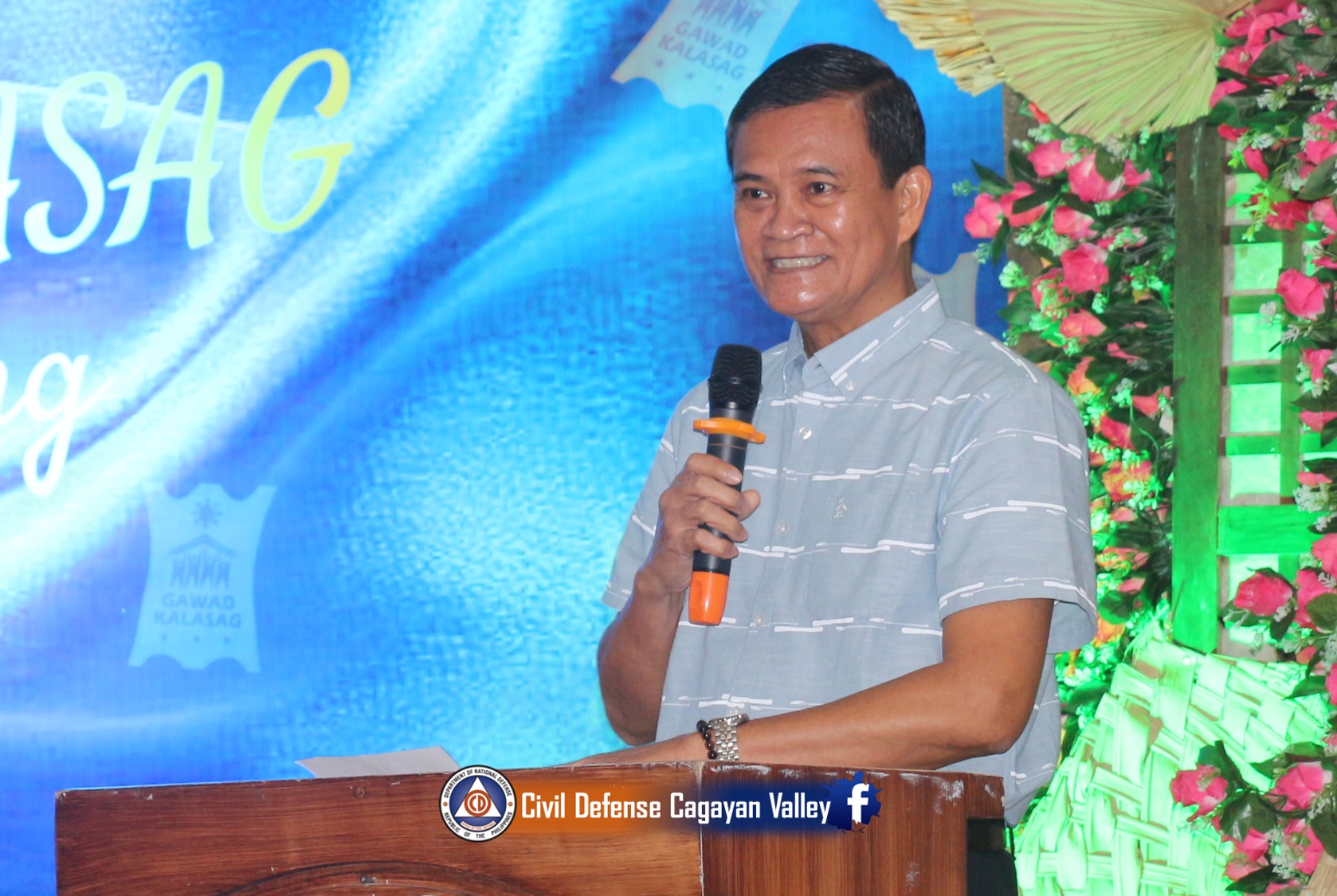 OCD Region 2 confers "Fully Compliant" award to the Provincial Government of Isabela and other LGUs in the Cagyan Valley during the 22nd Gawad KALASAG Regional Awarding Ceremony on Novemebr 24, 2022. (Photo from OCD Cagayan Valley)
Delete