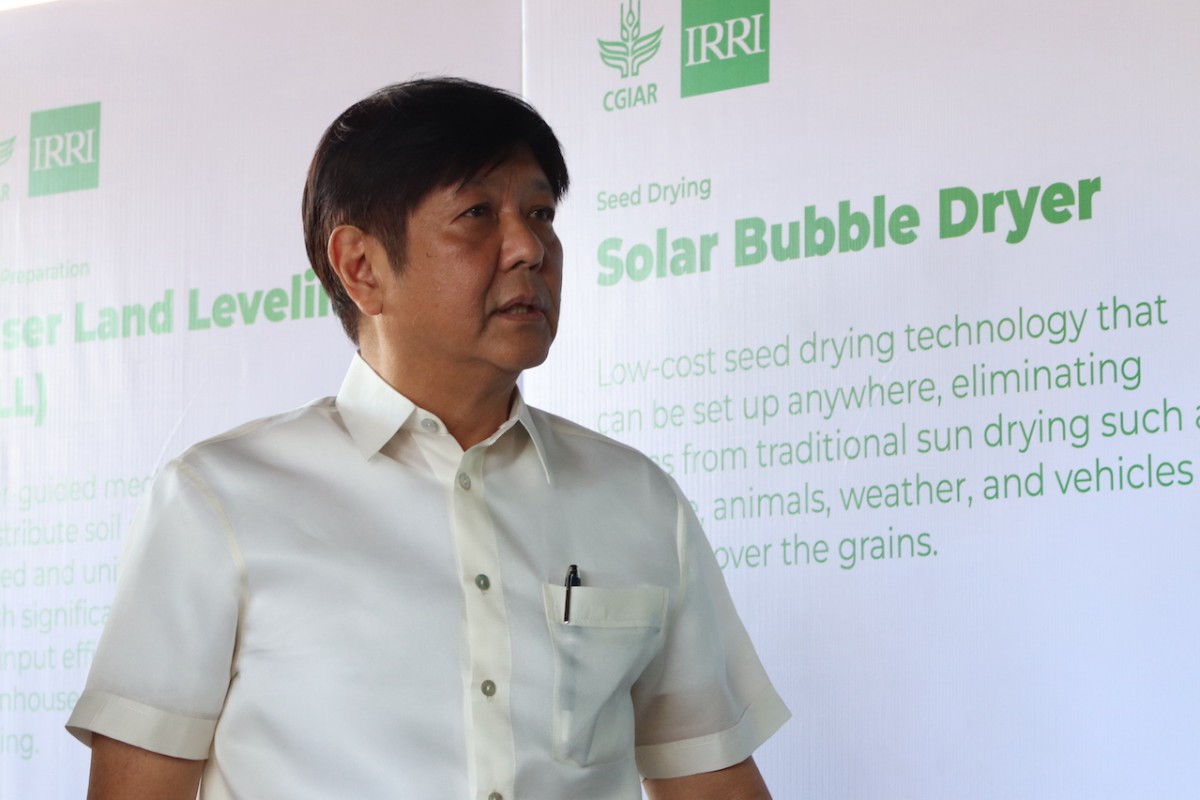 As the Secretary of Agriculture, Pres. Marcos Jr. serves as an ex-officio member of the Board of Trustees of IRRI who directly oversees the initiatives of the organization, mainly conducting Rice Breeding Innovations and facilitating Sustainable Impact through Rice-based Systems.

The Chief Executive then witnessed the demonstration of the new AGRAS drone by the institute that is being used for a variety of applications in rice research and production.

According to IRRI, its mapping drones with high-resolution cameras can measure key traits and monitor crop health and performance in real-time, aid in the precision management of nutrients, water, weeds, pests, and diseases. Larger drones, meanwhile, can be used for direct seeding rice, fertilizer application, and spraying of pesticides and herbicides.

The President also attended a close-door meeting with IRRI officials and provincial and local officials to discuss various topics about agriculture and new innovations being formulated by IRRI.

In a press conference after his meetings, Pres. Marcos Jr. said to the media that he is satisfied with his visit to the IRRI headquarters and lauds the institute’s contributions to the Philippine agricultural system with its research and development efforts.

The President vows to continue the close coordination and relationship established between IRRI and the national government.

PBBM then recognized that to further develop the agricultural sector in the country, the next course of action now lies with the government on how to ensure that said technologies are also being distributed to grassroot farmers.

“Ang maganda sa naging resulta nitong bisita ay marami tayong nakita na mayroon talaga silang bagong technologies that are completely appropriate on the Philippine setting, so nabigyan kami ng pag-asa. Now, it’s up to us now in the Philippine government to make sure those technologies, those products, go down to the grassroots,” Pres. Marcos Jr. said.

Founded in 1960, the International Rice Research Institute (IRRI) is an independent, nonprofit, research and educational institute. It is regarded as the world’s premier research organization dedicated to reducing poverty and hunger through rice science; improving the health and welfare of rice farmers and consumers; and protecting the rice-growing environment for future generations.

Through its existence, IRRI has worked closely with the Philippine government, particularly Department of Agriculture (DA) and the Philippine Rice Research Institute (DA-PhilRice). IRRI and DA-PhilRice have since collaborated on numerous research projects to help improve the country’s rice industry.

As the Secretary of DA, PBBM said that he still has more work and projects to complete in the department before formally appointing a new secretary.

Recently, the DA implemented the expansion of coverage of Kadiwa as a means of providing more affordable goods to consumers, most notably the lowering of price of rice per kilo.

“The 20 pesos was really the goal. The dream is paabutin natin ng 20 pesos. We are trying to do – we are continuing with the transfer payments that we have begun with. We are going to widen the scope of the Kadiwa… the Kadiwa was always conducted sa LGU – at LGU level individually. Ngayon, ginawa na naming national program. Sinama na natin lahat-lahat nung mga Kadiwa. I’m hoping that we can – we will see some adjustment in prices for Christmas and it looks like baka naman swertehin tayo,” the Chief Executive added. (CH/PIA-Laguna) 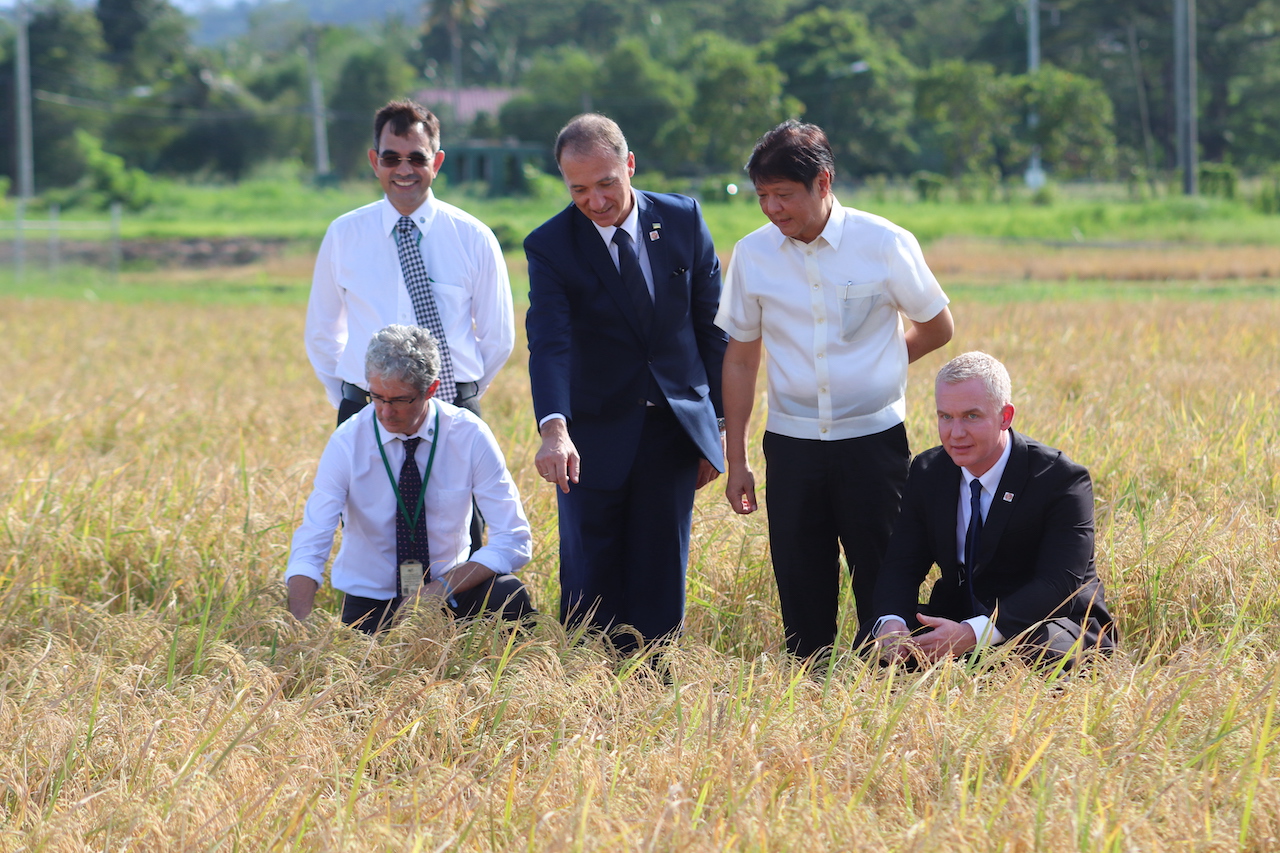 During his visit at the International Rice Research Institute (IRRI) Headquarters on November 29, 2022, President Ferdinand R. Marcos Jr. recreates the historic photo of his father, President Ferdinand E. Marcos with US President Lyndon B. Johnson taken at the same spot in the institute on October 26, 1966. (CH/PIA-Laguna)