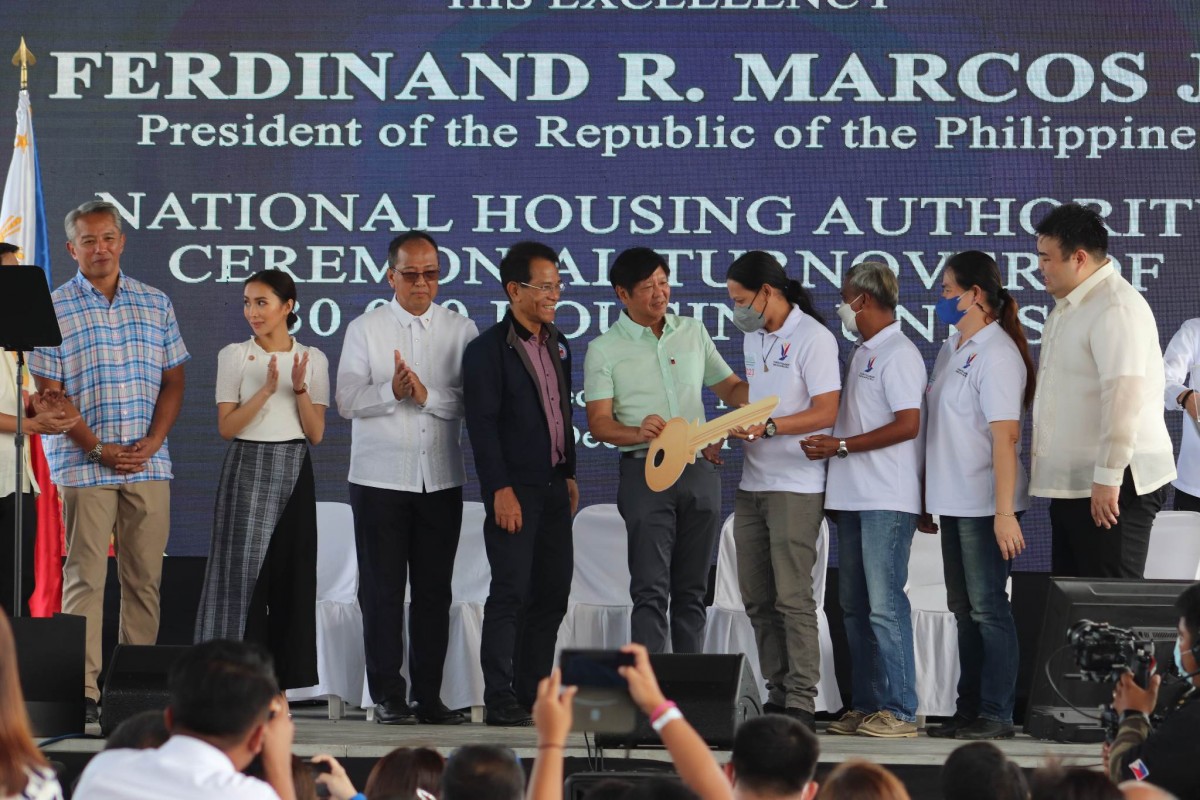 The activity was part of the Simultaneous Turnover Ceremony of more than 30,000 housing units by the National Housing Authority (NHA) in partnership with the Department of Human Settlements and Urban Development (DHSUD).

Naic LGU heads Mayor Raffy Dualan and Vice-Mayor Jun Dualan welcomed and joined the president as he inspected several units in the said housing project, and cordially spoke with the beneficiaries before the start of the ceremony.

GM Tai shared that the more than thirty thousand housing units built in different parts of the country were the result of a series of housing inspections done to fulfill their mission to deliver quality, and better homes for the Filipino families.

In his speech, PBBM expressed his utmost appreciation to the NHA and the DHSUD for their efforts and dedication to deliver on their promise to help Filipino families achieve their dream of having their own homes.

The president addressed the concerned government agencies including the local governments to help the families to gain stability through livelihood and employment to be able to support themselves and their families in their new communities.

On the other hand, PBBM appealed to the beneficiaries to take care of their new homes, to grow and prosper with their families along with the other families in their community.

At the end of his speech, the president wished everyone a Merry Christmas knowing that many Filipino families would be spending the yuletide season in their new homes. (RBF/PIA-Cavite)