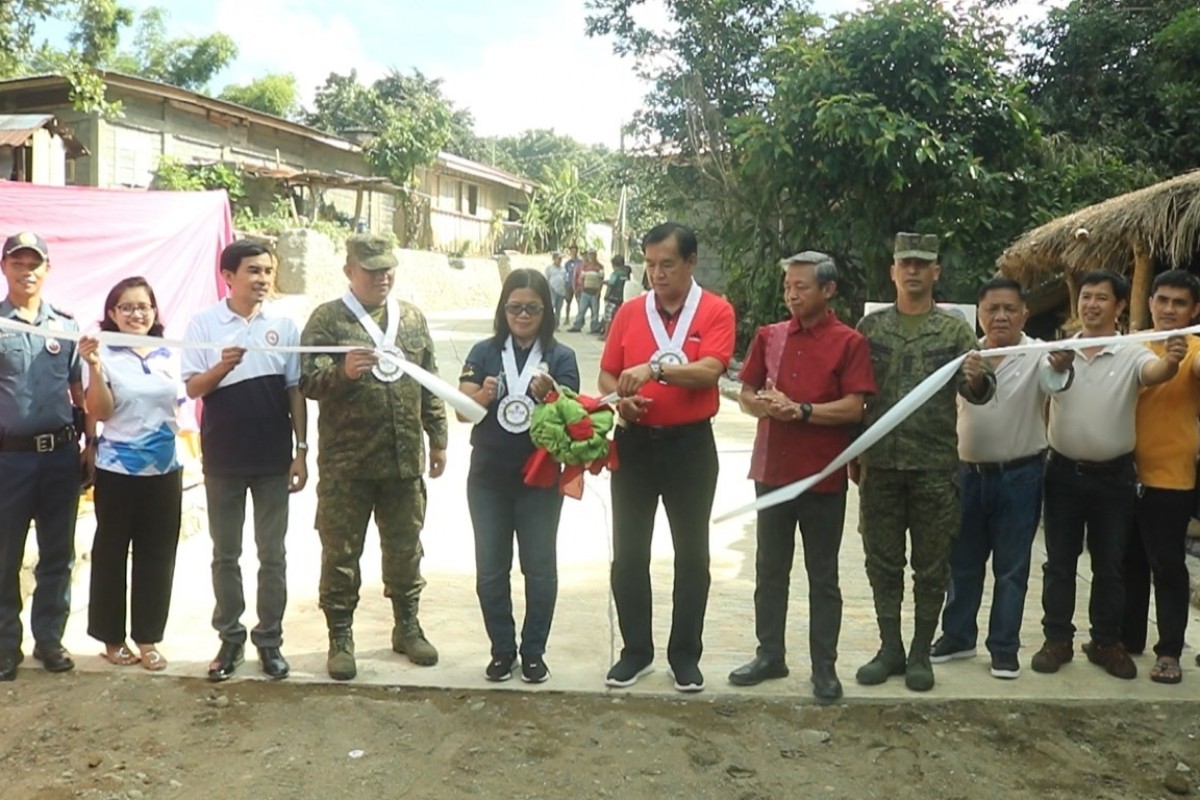 The 250-meter long farm-to-market road was built in Suyo town, which connects the two sitios of barangay Poblacion – Kimpatubbog and Bito.

The project symbolizes the sincerity of the government to consult, plan and implement programs in the former conflict-affected area, according to the Army.

OIC-Regional Director Agnes De Leon of DILG Region 1 said that the completed farm-to-market road will be an avenue for better accessibility of social services, such as education, transport of products, and healthcare.

“Through this initiative, the government is bringing services closer to the community, as it deepens the trust of people,” she said.

Barangay Poblacion in Suyo is one of the 27 barangays in the province that benefit with P4 million pesos each to fund various projects under the SBDP.

Said barangays have been cleared of communist terrorists’ threat by the CPP-NPA-NDF.

Vilma Bangkiad, resident of Sitio Kimpatubbog, expressed her appreciation to the initiative of the goverment and other livelihood programs provided to them.

Since 2019, residents of said sitio have received various financial and food and non-food assistance including skills trainings from the government such as training on meat and camote processing.

With this, Mayor Mario Subagan emphasized the genuine intention of the government in helping its people.

In his message, Sangguniang Panlalawigan Member Benjamin Maggay encouraged the residents not to aspire to or even tolerate the presence of Communist Terrorist Groups (CTG) in communities.

"Let us cooperate with the government initiatives to bring peace and development to our place. May the presence and campaigns of PNP, DILG, AFP, and all other government offices, bring you sufficient enlightenment and wisdom so as not to be deceived and recruited by the CTGs, " he said. (JCR/JMCQ, PIA Ilocos Sur)