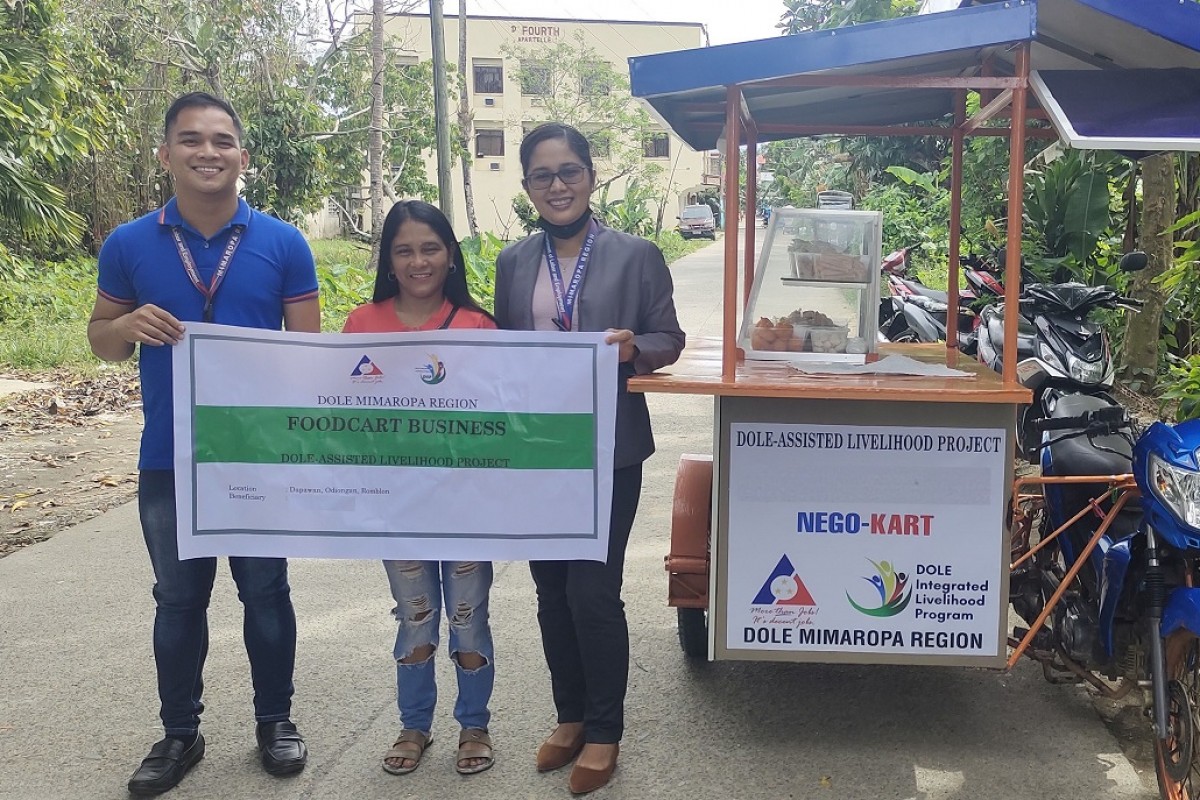 In a press release, DOLE Romblon said that a total of P47,199 livelihood assistance were given to both DOLE Integrated Livelihood Program (DILP) beneficiaries that includes P17,199 pangkabuhayan package and a Nego-Kart worth P30,000.

DOLE Romblon chief Dr. Carlo Villaflores said that beneficiaries are both now reaping the fruit of their labors as a result of being good stewards of their chosen enterprise and the DOLE-assisted program became a part of their success.

"To continue the department’s mandate to support the unprivileged in the community, a continuous program for a sustainable livelihood that unfold opportunities for economic growth and generate jobs has to be implemented in the Province of Romblon," according to Dr. Villaflores.

The DOLE Integrated Livelihood Program (DILP) is a stepping stone for a start-up business, as well as enhancement of existing business and restore damaged livelihoods due to unforeseen circumstances like calamities primarily given to a deserving group of individuals that belongs to the vulnerable and marginalized workers in the society who has acquired entrepreneurship potentials and skills. (PJF/PIA Mimaropa)