MANILA -- A railway line that will eventually connect Metro Manila and the Bicol region was opened by President Rodrigo Roa Duterte on Saturday, reviving a major infrastructure project that has been at the back burner for years.

President Duterte arrived in San Pablo City in Laguna to join other officials for the formal launching of the Philippine National Railways (PNR) Lucena-San Pablo Commuter Line, which is expected to boost people’s mobility, trade, as well as tourism in the area.

“Indeed, this project is proof of our commitment to enhance mobility and connectivity across the archipelago by improving our routes and bringing convenience to our fellow Filipinos,” the President said during the event. “With this, we will make everyone feel the change we have promised at the beginning of our term.”

“This is also a vital step towards restoring the PNR Bicol Express that will connect Metro Manila to the provinces in Southern Luzon and Bicol.”

In the previous years, the President said his administration championed programs that filled the gaps in the country’s transportation sector.

He urged the Department of Transportation (DOTr) under a new leadership to continue leading the improvement of the Philippine railway systems.

“It is my hope that you will never lose sight of this goal, as the enhancement of this vital transportation connection will be the key to unlocking even better opportunities for our countrymen,” he said.

Through the collective accomplishments under his term, the President expects Filipinos to experience and feel the progress built from their shared aspirations.

The chief executive then recognized the DOTr headed by Secretary Arthur Tugade, the PNR, and the local government units for making the project a reality.

With the opening of the 44-kilometer Lucena-San Pablo inter-provincial commuter railway line, travel time could be reduced to 30 minutes from one hour.

Projected to be operational by 2027, the PNR Bicol Express will have 35 stations that will traverse Metro Manila and the provinces of Batangas, Laguna, Quezon, Camarines Sur, Albay, and Sorsogon. 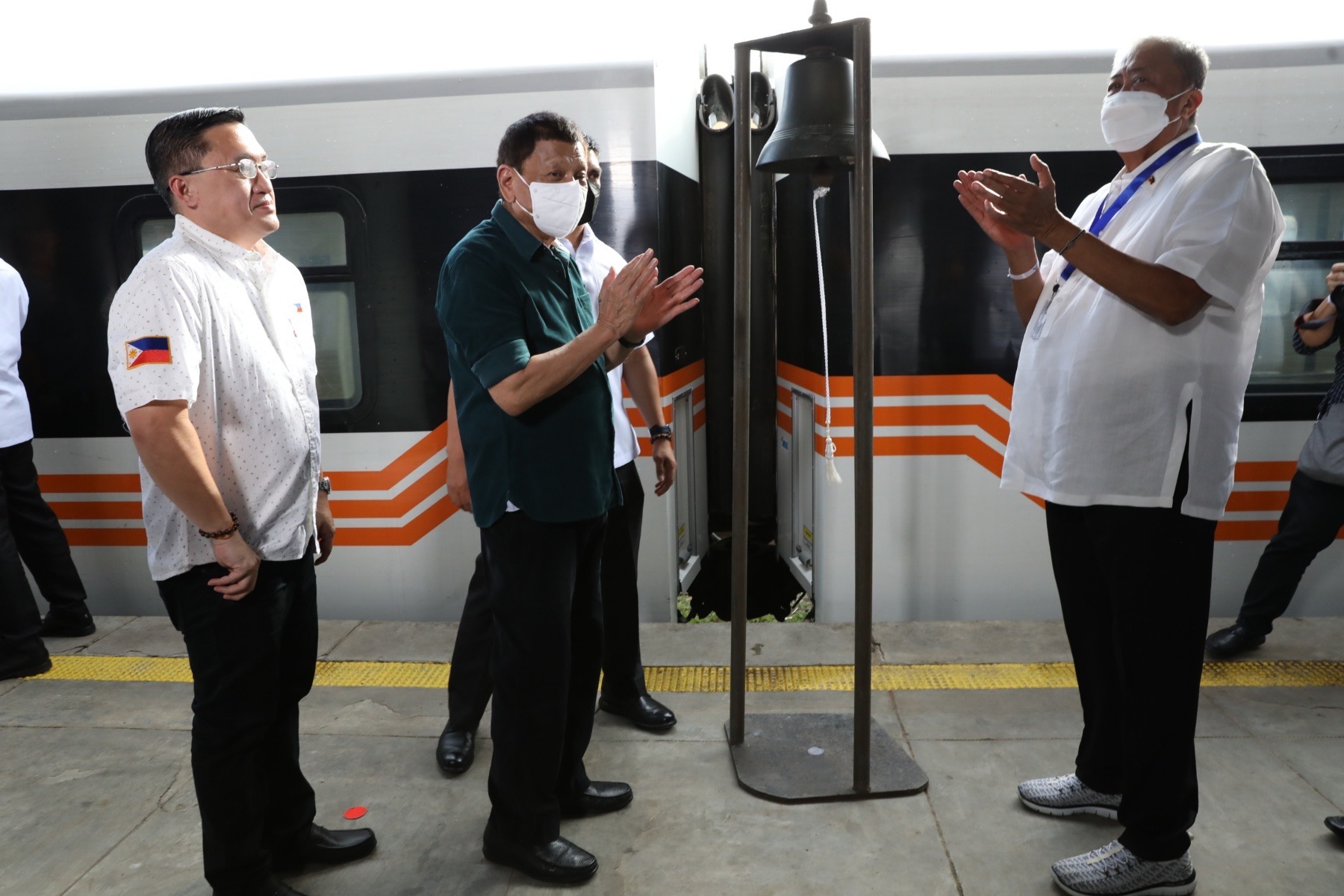