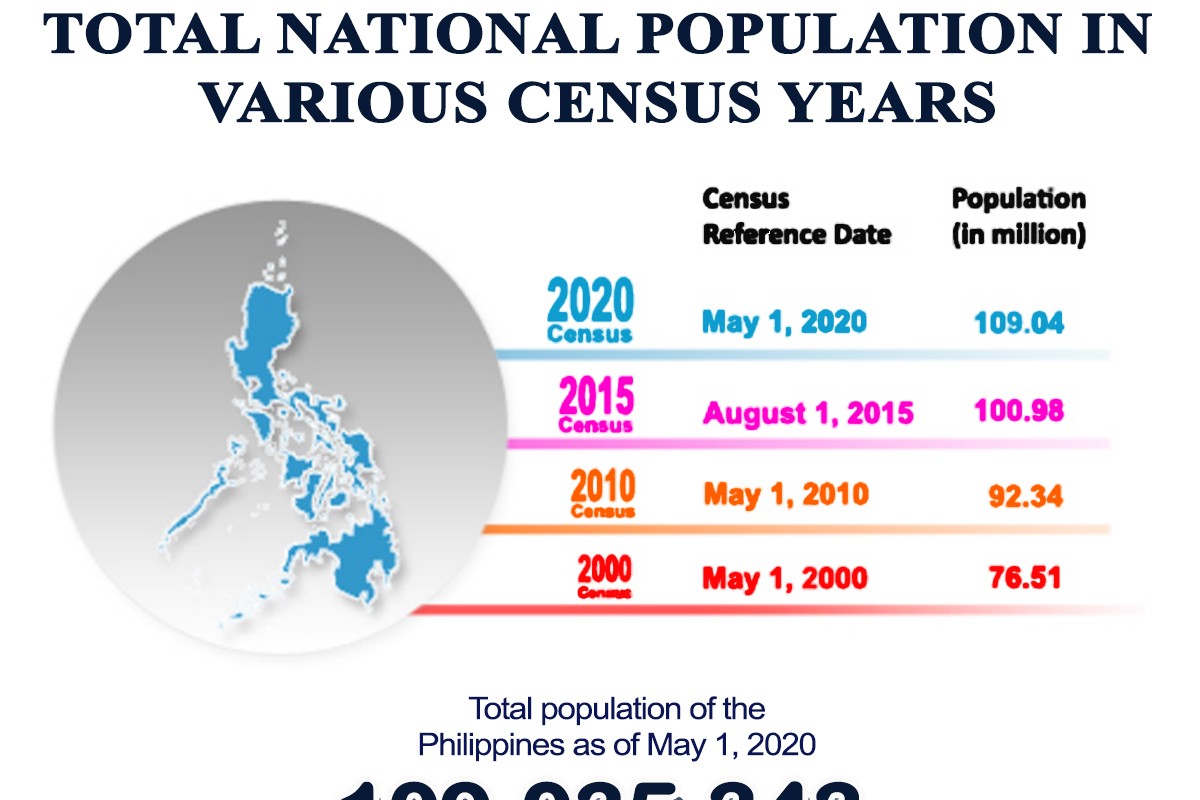 QUEZON CITY -- The Philippine Statistics Authority (PSA) announced on Wednesday, July 7, that based on the 2020 Census of Population and Housing (2020 CPH), the total population of the Philippines as of 01 May 2020 is at 109,035,343. This count is declared official for all purposes by the President of the Philippines, pursuant to Proclamation No. 1179 dated 06 July 2021.

The Philippine population represents the total number of persons living as of 12:01 AM on 01 May 2020 in the 17 administrative regions of the country. It also includes Filipinos in Philippine embassies, consulates, and missions abroad.

Tables A and B of this Press Release provide statistical summaries on the population count and annual PGR for the Philippines and its regions, provinces, cities, and municipalities based on various censuses. The latest population data as of 01 May 2020 are available at https://psa.gov.ph/population-and-housing.

In light of the Coronavirus disease 2019 (COVID-19) pandemic, the PSA has proudly overcome unprecedented challenges to collect and produce
high-quality data that are critical in decision-making for good governance, development planning, risk reduction and crisis response, social welfare programs, and business market analyses, among others.

The PSA would like to extend its utmost appreciation to the public for their support and response to the 2020 CPH despite the COVID-19 pandemic. The 2020 CPH is the country’s 15th Census of Population and 7th Census of Housing since 1903. (PSA)