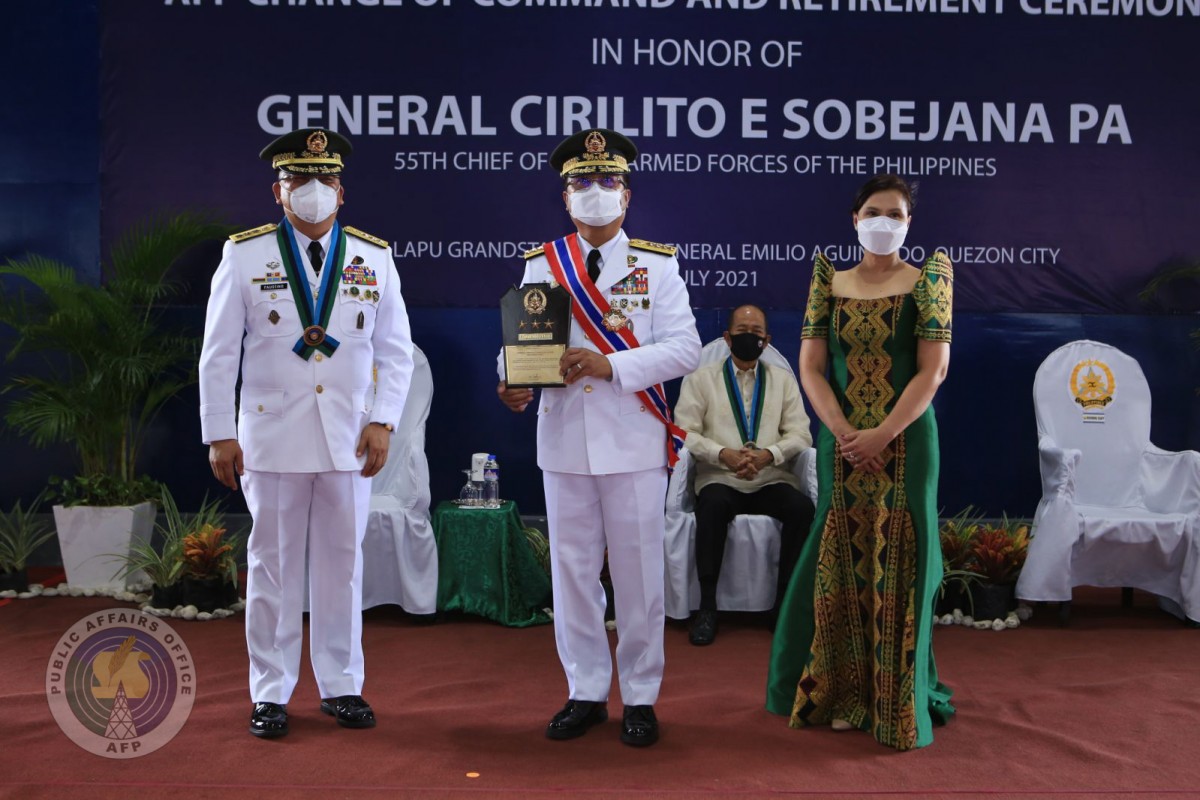 CAMP AGUINALDO, Quezon City -- General Cirilito Sobejana, the Armed Forces of the Philippines’ Chief of Staff, relinquished his post in a Retirement and Change of Command Ceremony on Friday, July 31, as he bowed out of service as he reaches the mandatory retirement age of 56.

The Medal for Valor recipient, who spent over 38 years in the military, was replaced by Lt. Gen. Jose Faustino, the current Commander of the Joint Task Force Mindanao.

“My tenure as the 55th Chief of Staff of the Armed Forces of the Philippines has truly been full of challenges and trials; but together with more than the 200,000-strong men and women of the AFP whose tenacity, strength, and heart have made us overcome all odds,” General Sobejana said.

General Sobejana spent most of his military career in Mindanao where he commanded different AFP units as he rose the ranks since graduating the Philippine Military Academy in 1987.

It was during his term as the Commanding Officer of the 1st Scout Ranger Company that he was bestowed with Medal of Valor in 1996 after he led troops in fighting 150 Abu Sayyaf kidnap gang members in January 13, 1995.

Then Captain Sobejana controlled all fire direction against the enemy even after sustaining wounds that almost severed his right arm.

“More than 26 years since that decisive encounter, we are gathered here today to commemorate and remember our comrades who made the ultimate sacrifice. This marker is truly a fitting symbolism of courage, hope and selflessness,” General Sobejana said in a recent visit to the battle site in Kapayawan, Isabela, Basilan.

Prior his stint as the AFP Chief of Staff, he was the Army Commanding General and the Commander of the Western Mindanao Command. 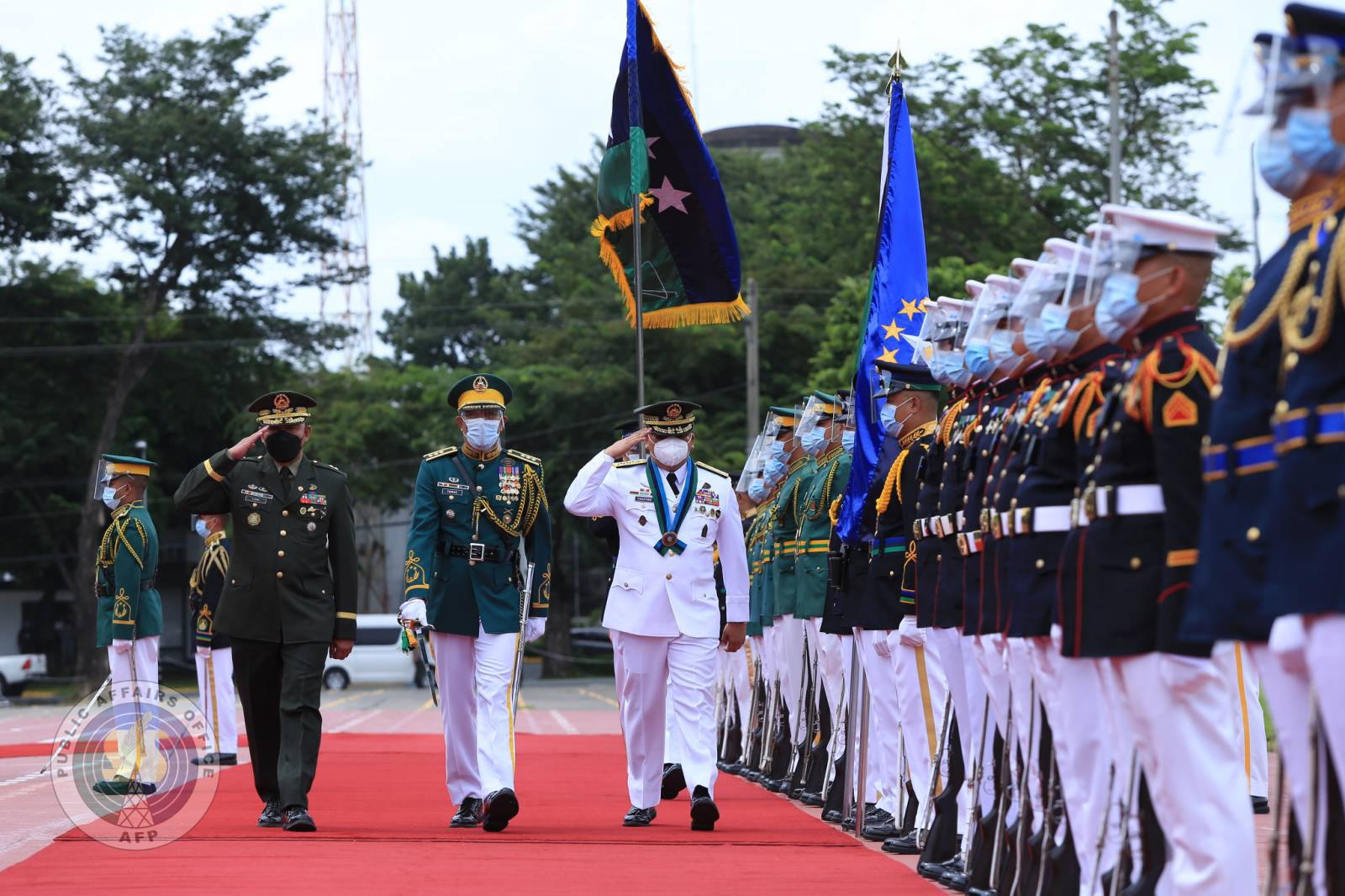 He was adjudged as the Outstanding Philippines Soldier (Combat Category) in 1995. In February 1997, he was awarded with PMA Cavalier Award by the PMAAAI, the highest recognition given to an alumnus who excels in their fields. In 2012, he received the Award of Excellence for Public Service from the governor of his province.

In May 2019, President Rodrigo Roa Duterte bestowed him the Award of Philippine Legion of Honor (Degree of Officer), for exceptionally meritorious conduct in the performance of outstanding service rendered to the Philippine government, particularly to the Armed Forces of the Philippines.

He received another Philippine Legion of Honor (Degree of Chief Commander) for "laudable and meritorious conduct in the performance of his duties as the 55th Chief of Staff.”

The first parliament of Bangsamoro Transition Authority of the Bangsamoro Autonomous Region in Muslim Mindanao (BARMM) passed resolution Nr 18 in July 2019, commending then Lieutenant General Sobejana for his unwavering support in the peace process and commitment in bringing peace in the Bangsamoro.

“With the support and cooperation of each member of Team AFP, our partners, counterparts and stakeholders, we have certainly made great strides and significant milestones in the performance of our mandate,” Gen Sobejana said.

“I have only the highest respect and admiration for our soldiers who have and has continuously dedicated the best years of their lives in the name of public service. Sa lahat ng sundalo ng ating Sandatahang Lakas, taas-noo at buong puso ang aking pasasalamat sa inyong walang katapat na serbisyo,” Gen Sobejana added.

Meanwhile, prior his designation as the 56th Chief of Staff of the AFP, LtGen Faustino was appointed as the Commander of JTF Mindanao in June, following a successful stint as the Acting Commanding General of the Philippine Army.

A member of the Philippine Military Academy “Maringal” Class of 1988, he likewise had been Battalion and Brigade Commander in Western Mindanao particularly in Basilan and Sulu.

His efforts as he commanded the 10ID led to the dismantling of six Pulang Bagani Commands and four Guerilla Fronts of the NPA in one year of Military Campaign implementation. 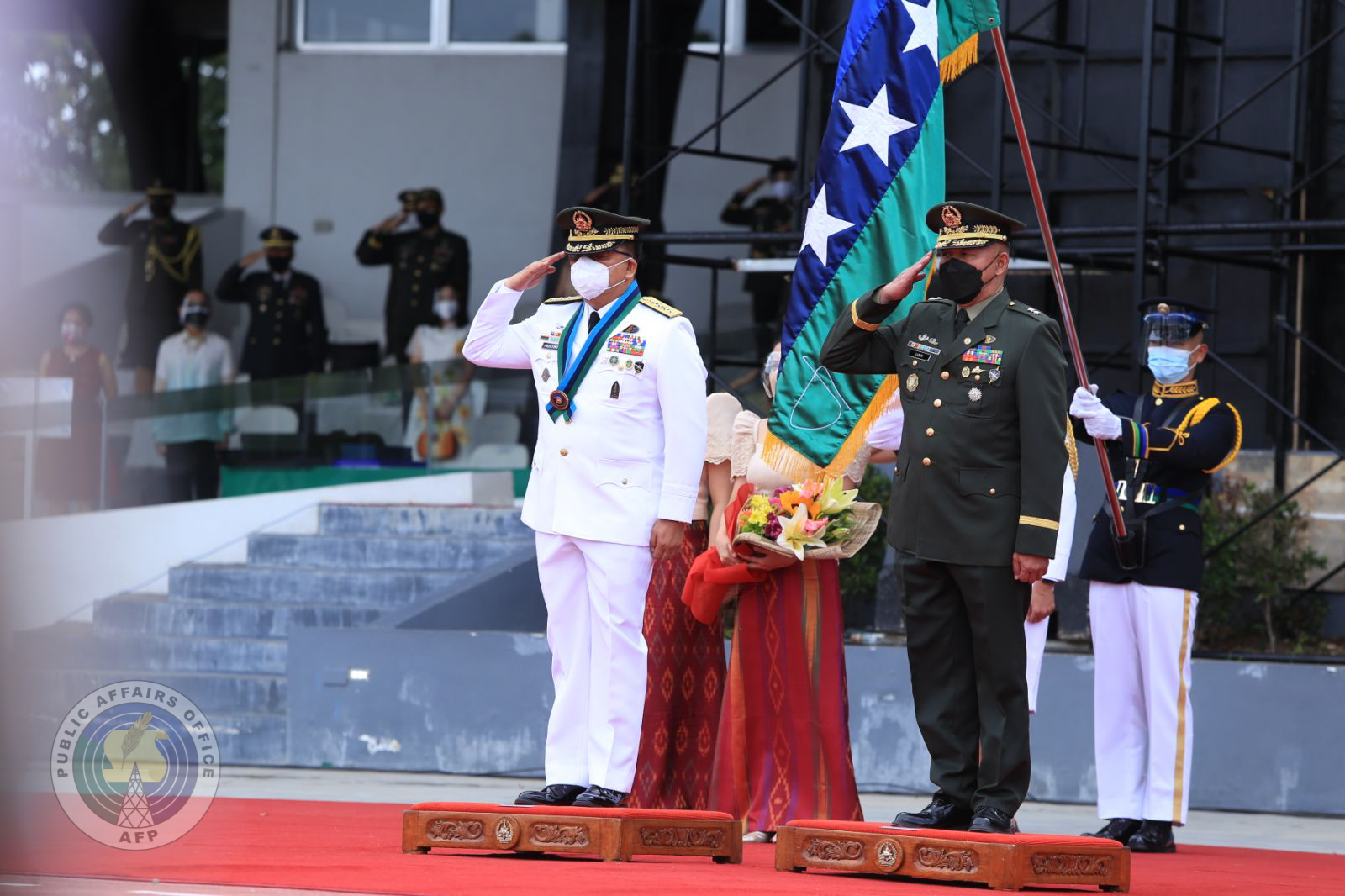 As the Commander of the Joint Task Force Mindanao, he spearheaded the crafting of the Mindanao Security and Stability Plan to synchronize the peace efforts of Eastern and Western Mindanao Commands in order to sustain the gains of the peace process and stability in the whole island of Mindanao.

“It is my belief that the true measure of a Filipino soldier is not in the badge or rank we wear, not about the position we attain or appointed to. It is the loyalty and integrity of every man and woman serving the AFP that will keep us going in the right direction,” LtGen Faustino said.

“As I embark on this new journey with each and every one of you belonging to Team AFP, allow me to say to every soldier, airman, sailor, and marine-- let us stay positive on the course ahead, bind together as one family, commit with open minds, participate actively, work towards the attainment of our shared goals, develop good ideas and innovate to suit our domain,” LtGen Faustino added. (AFP) 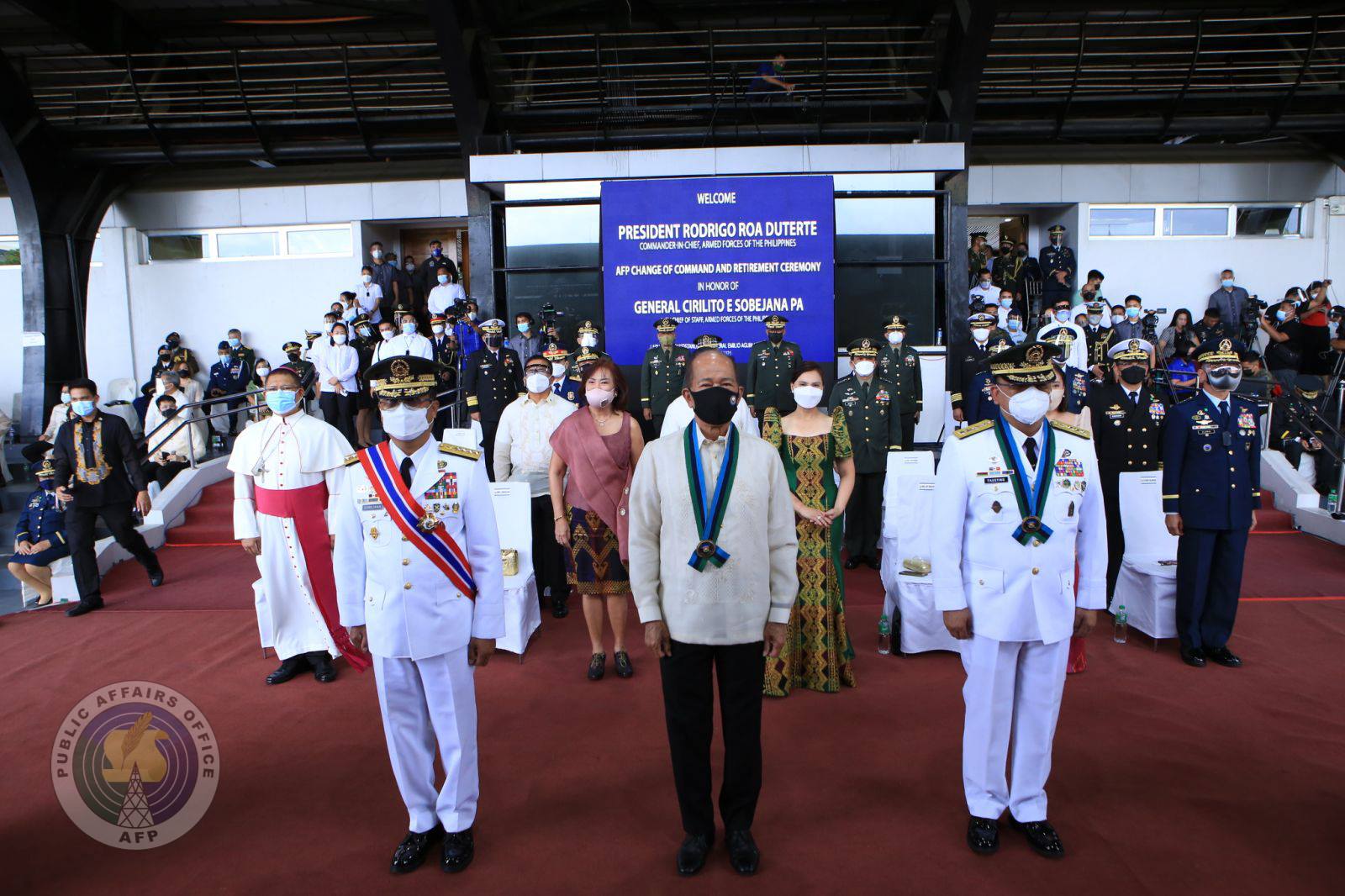