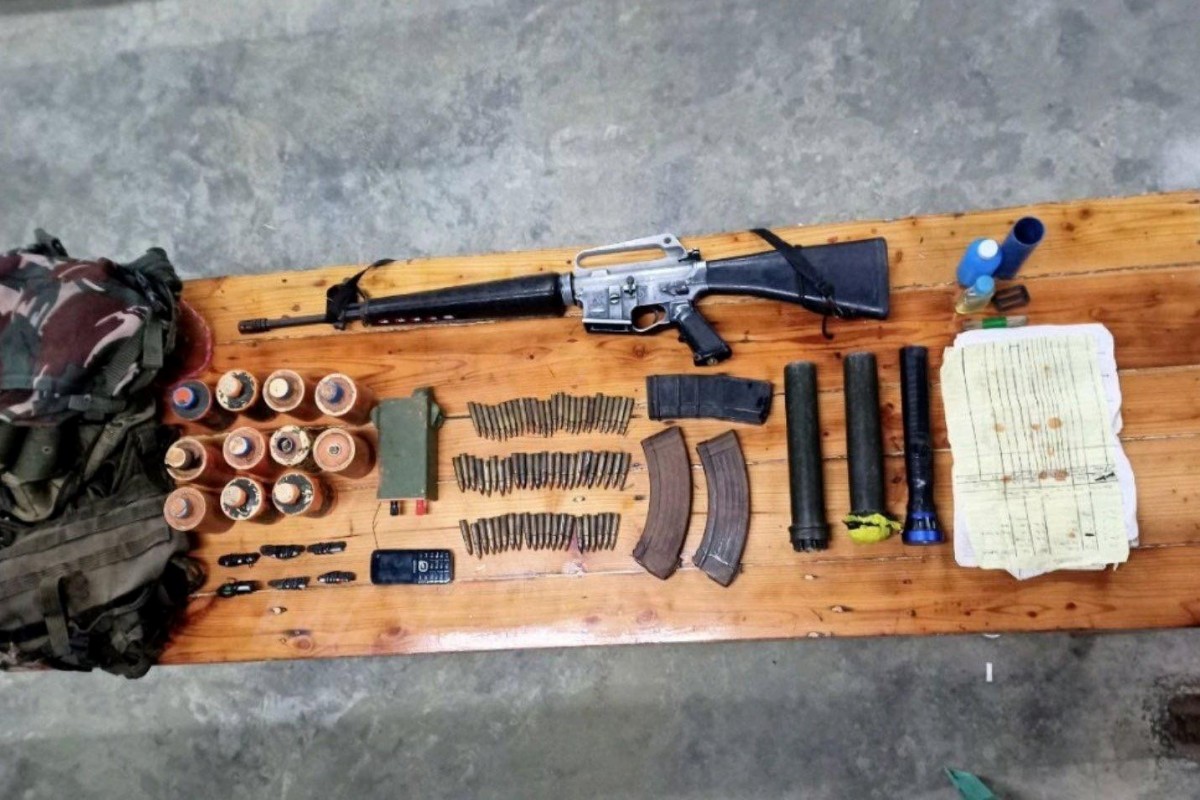 BORONGAN CITY -- The encounter between the operating troops of the 78th Infantry Battalion, 8th Infantry Division, Philippine Army and the CPP-NPA Terrorists (CNTs) in Brgy. San Andres, Borongan City around 8 a.m. of August 1, 2021, resulted to the death of one NPA member.

The troops were conducting combat operations in response to the reported complaints of the farmers on the extortion activities by the CNTs involving threat and intimidation if they refuse to apportion their farm produce, when they encountered the CTGs.

A 35-minute firefight ensued between the army and more or less seven CNTs that recorded one slain NPA member while there is no casualty on the said operating troops.

Among the seized materials after the gun fight were one M16 rifle with one long magazine and ammunition, hand grenades (IEDs) and detonator, rifle grenades, one magazine and ammunition of AK47, subversive documents, backpacks and CNTs' personal belongings. There were also series of NPA camps seized before the Aug 2 encounter transpired.

Lieutenant Colonel Oliver C. Alvior, commanding officer of 78th Infantry Battalion expressed his grief for the loss of life because of a fraudulent and worthless ideology peddled by the CPP-NPA terrorists.

“I extend my most profound sympathy to the family of the slain rebel. Rest assured that he will be given a decent burial with the help of the City Government of Borongan,” said Alvior.

“We call on the rebels who are still fighting for their futile ideology of overthrowing the government. We strongly urge you to lay down your arms and submit yourselves to the government before a needless bloodshed happens. Your families are waiting for you to live a peaceful life with them,” Alvior added.

The 78IB assured the people of Eastern Samar that it will continue to perform its mandate through the cooperation of the community so as to end insurgency in Eastern Visayas. (78IB, 8ID CMO)