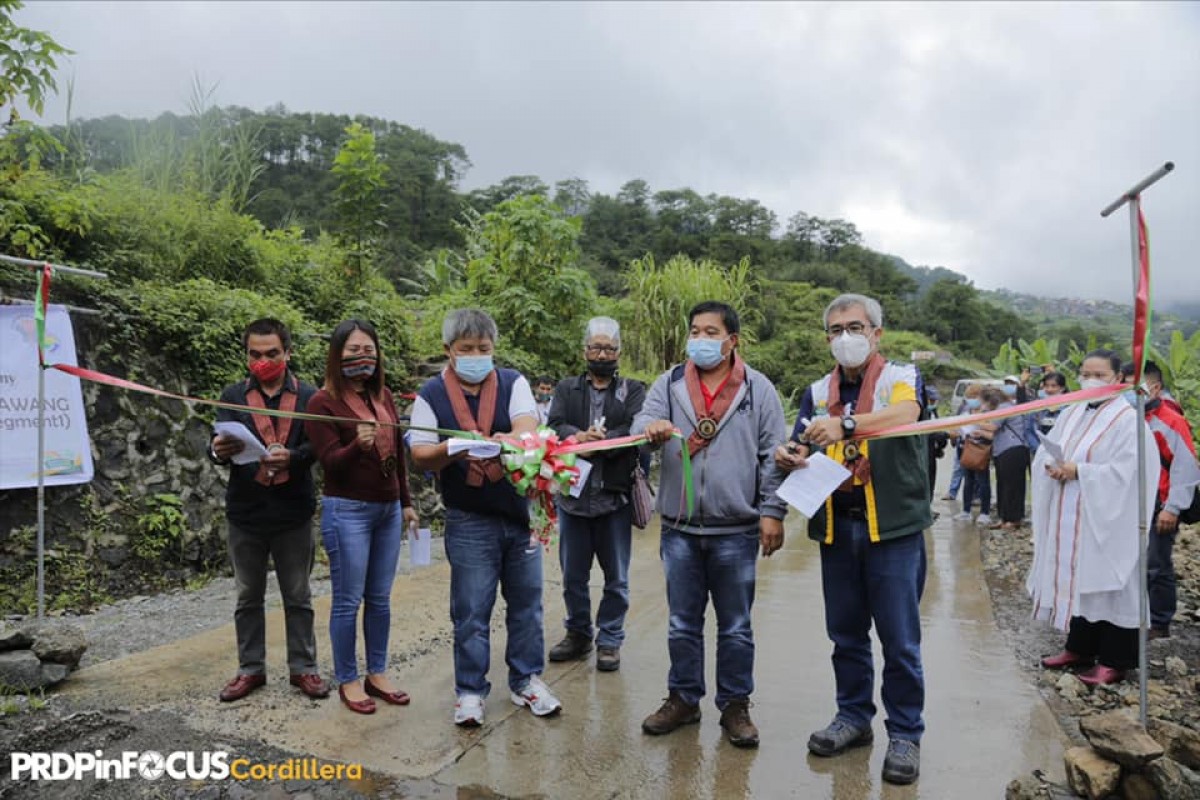 BESAO, Mountain Province --Farmers and residents in Besao  are now assured of  better access with the completion of a new and improved 8.938-kilometer farm-to-market road (FMR) that was inaugurated and turned over  on  July 29.

“I cannot express my gratitude enough for the completion of this project. If I am not mistaken, 90 percent of the residents’ basic needs pass through this road and improving it also means a 90-percent contribution to the improvement of their lives,” expressed Liga ng Barangay President Corsio Ganima during the turnover ceremony. He also thanked  the people who contributed to the improvement and completion of this FMR subproject.

The FMR amounting to P98.54 million  is the first segment of the improvement of Besao-Nacawang (Segment 1) and Tadian-Mabalite (Segment 2) FMR subproject implemented under the Department of Agriculture-Philippine Rural Development Project (DA-PRDP) and the provincial local government of Mountain Province.

It is now serving around 18,357 individuals from the different barangays of Besao and Tadian including the municipality of Quirino, Ilocos Sur. 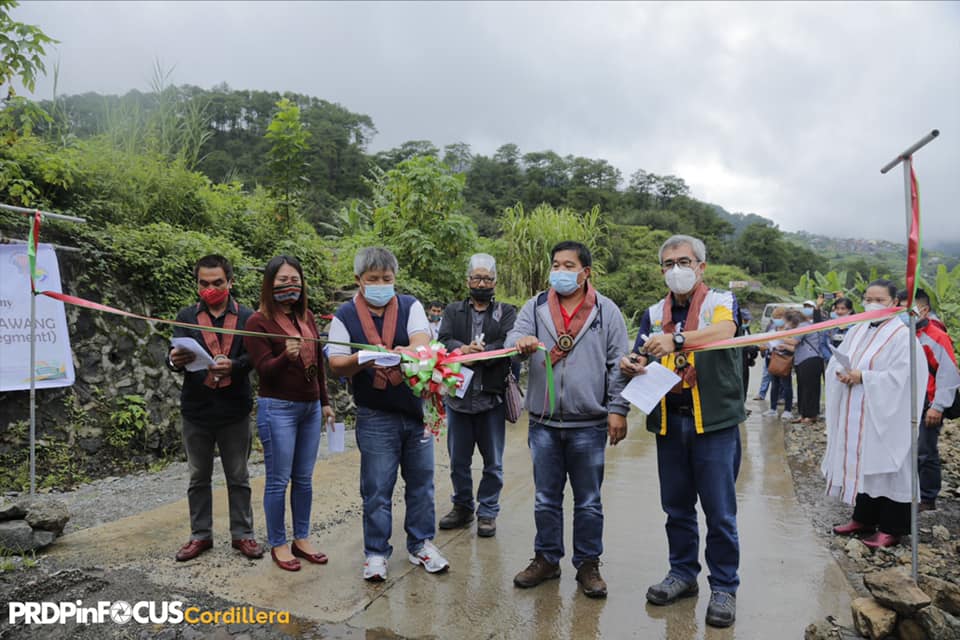 Governor Bonifacio C. Lacwasan, Jr. thanked the DA for the countless interventions that were given to the province including the completed and ongoing PRDP infrastructure and enterprise subprojects.

“We have allotted PhP8 million for the maintenance/improvement of this road and we assure you that we will do our part in maintaining this road so that it will always be safe, passable and make its service areas accessible,” he said.

In his message, DA-CAR OIC Regional Executive Director Cameron P. Odsey explained that the subproject originally covers the whole stretch of Besao to Mabalite, Tadian, but was separated into two segments due to some constraints.

“It didn’t go as planned, but at least this segment is now complete and construction works for the second segment already started,” he said.

Besides a provincial road,   Odsey said   the road is a very strategic artery that connects Mountain Province to the provinces  of Benguet and Ilocos Sur. He  stressed that maintaining the road is a shared responsibility especially from its primary users.

DA-PRDP North Luzon Deputy Project Director Elma S. Mananes   hopes for the improvement of the second segment, the Tadian-Mabalite road, to be completed by next year.

“Congratulations and I hope through this project, we were able to express the government’s care for the farmers and communities here in the Cordillera,” she said. (Elvy T. Estacio -DA-PRDP) 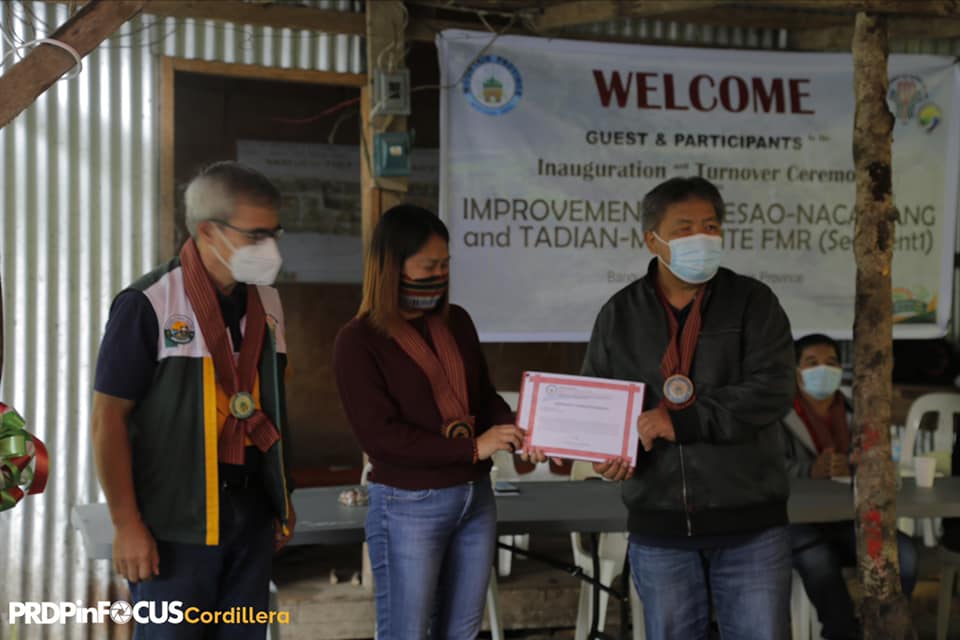 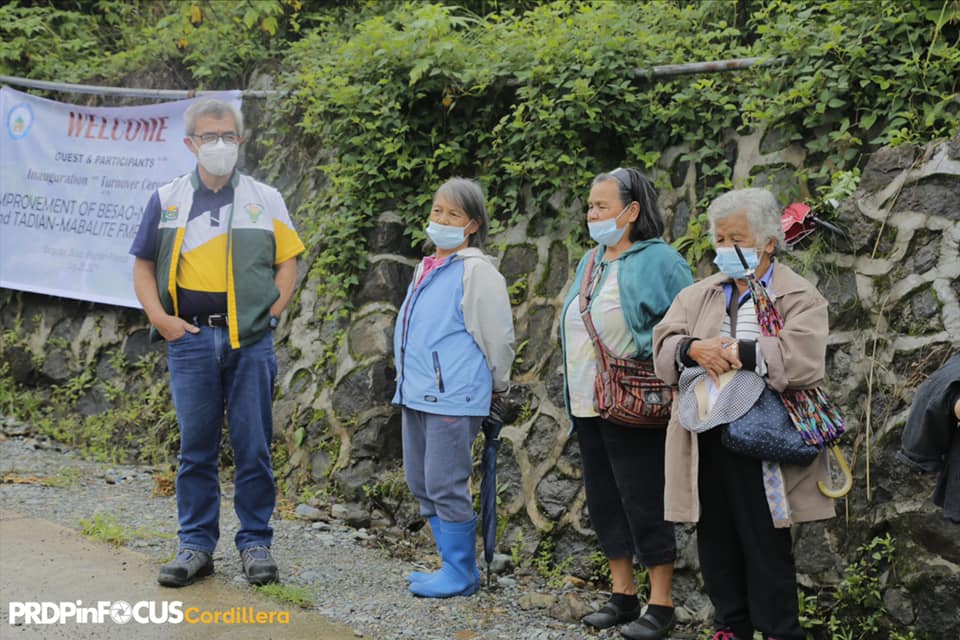