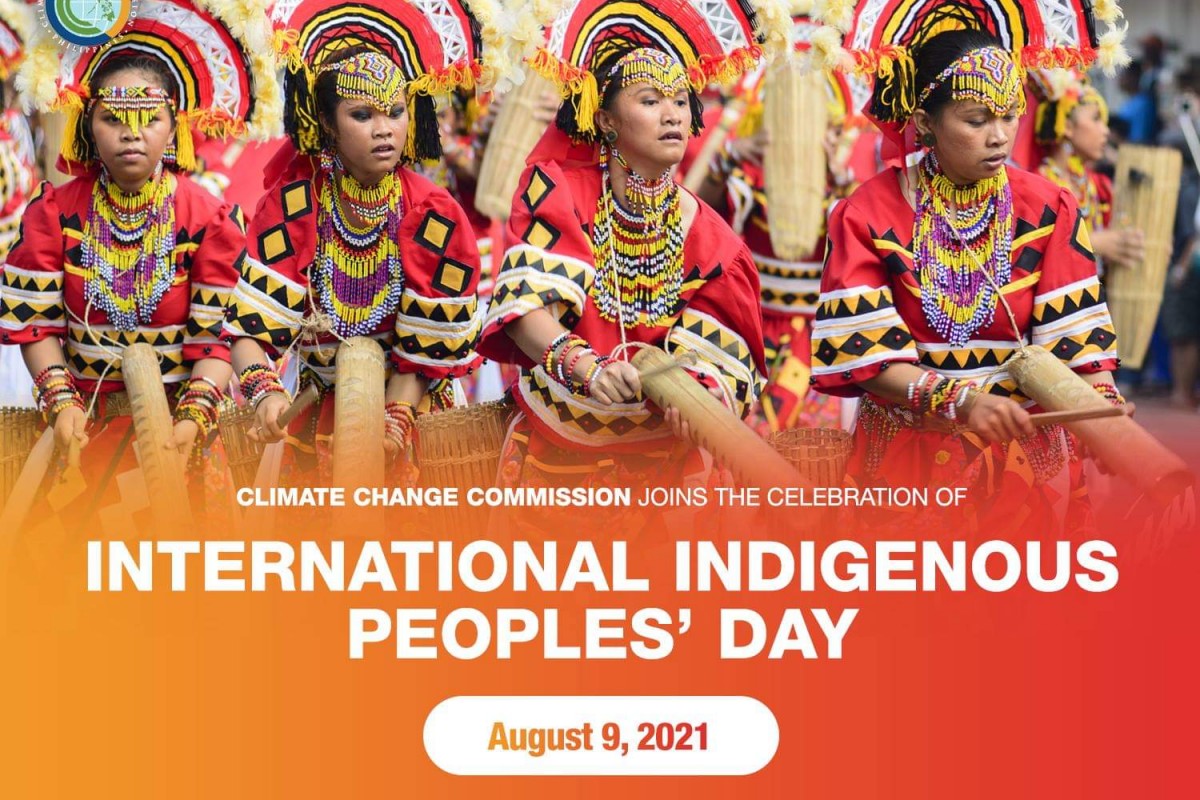 In observance of International Indigenous Peoples’ (IPs) Day, the Climate Change Commission (CCC) spotlights the contribution of IPs to the conservation of the environment and advocates for strengthening the protection of their rights and indigenous knowledge, systems, and practices.

Every year on August 9th, the International Day of the World's Indigenous Peoples is observed in order to promote and protect the rights of the world’s indigenous population, while acknowledging their significant role in sustaining the diversity of the world’s cultural and biological landscape.

Indigenous peoples account for about 6 percent of the world's population, with a wide range of cultures, customs, languages, knowledge systems, and have a particular bond with their homelands.

Here in the Philippines, it is estimated that our indigenous peoples consist of 10% to 20% of the country's population.

Due to industrialization, armed conflict, extreme poverty, climate change, and other causes, many indigenous peoples have been forcibly displaced from their homes. Those who have settled in urban areas often struggle to retain their cultural identities.

This is the rationale behind this year’s celebration with the theme “Leaving no one behind: Indigenous peoples and the call for a new social contract.”

According to the United Nations, a social contract is an unwritten agreement that societies make to cooperate for social and economic benefits.

The COVID-19 pandemic has brought to light the effects of growing inequalities and sparked a discussion on the urgent need to rethink a new social contract.

This year’s observance calls for creating and rebuilding a new social contract as an expression of cooperation for the common benefit of people and environment. A social contract must create an opportunity to build back a more equal and sustainable world – based on genuine and inclusive participation and partnership that fosters equal opportunities for all and respects the rights, dignity and freedoms of all.

The plans to rebuild better and rethink social contracts for the indigenous peoples disproportionately impacted by COVID-19 pandemic and climate crisis around the world must include listening to their voices, needs, and concerns, obtaining their free, prior, and informed consent, and including indigenous peoples' collective and individual rights. ###